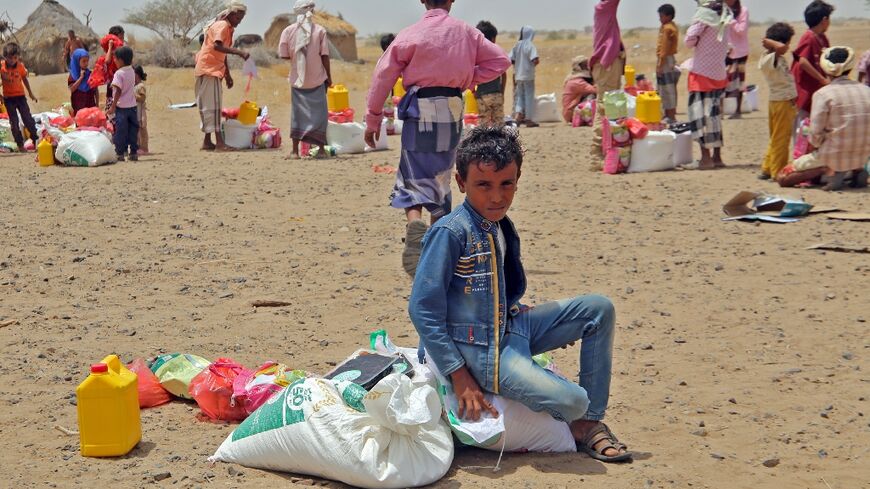 Rising food prices are having a dramatic impact in war-torn Yemen, where millions of people have been displaced from their homes - Khaled Ziad
by Dana Moukhallati
March 31, 2022 — Dubai (AFP)

Developing and import-dependent countries have been heavily impacted by Russia's invasion of Ukraine -- the two countries that account for more than a quarter of the world's annual wheat sales.

"It's not so much about food availability," Mari Pangestu, the World Bank's managing director for development policy, told AFP during Middle East and North Africa Climate Week in Dubai.

"The production at the moment is adequate, whether we're talking about wheat, rice or maize, which are the main food products.

"It's more about affordability. Apart from making sure the flow of goods and fertilisers are not impeded, we really need to make sure that affordability of food for the poor households is also going to be addressed."

Net food importers will suffer the most from the economic repercussions of the war, according to the United Nations Conference on Trade and Development, which lists 36 countries as highly dependent on wheat imports from Ukraine and Russia -- mostly in Africa and the Middle East.

Among those affected are Egypt, Lebanon, Tunisia and war-torn Yemen, whose humanitarian crisis is already considered the world's worst.

Supply chain problems caused by the Covid pandemic have quickly worsened since the invasion, further adding to the price of food.

The cost of freight has shot up by 34 percent since Russia invaded Ukraine on February 24, according to UNCTAD.

Pangestu, a former Indonesian trade minister, said it was important to maintain and expand programmes to provide food support, especially in the face of rising climate risks. 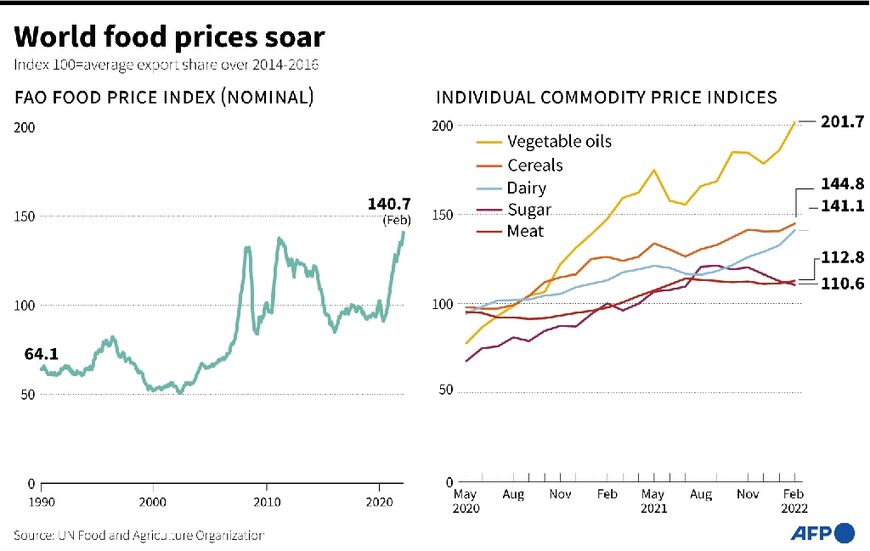 "This really means social protection schemes in countries which are the most affected -- to be able to provide support to the poor households... and then for the farmers, to make sure they can get access to fertilisers and inputs (so) they can produce for the next season," she said.

Pangestu was speaking after an International Monetary Fund report released on Wednesday found temperatures in the Middle East and Central Asia have risen 1.5 degrees Celsius (2.7 Fahrenheit) since the 1990s, twice the global average.

It warned that the region is on the "frontlines" of the climate crisis, with food security and public health in danger, and increased risks of poverty and conflict.

"The fall in food production in (the Middle East) region has been an issue related to climate change even before the (current) crisis," Pangestu said, urging governments to focus on sustainable agriculture practises to address food security longer-term.