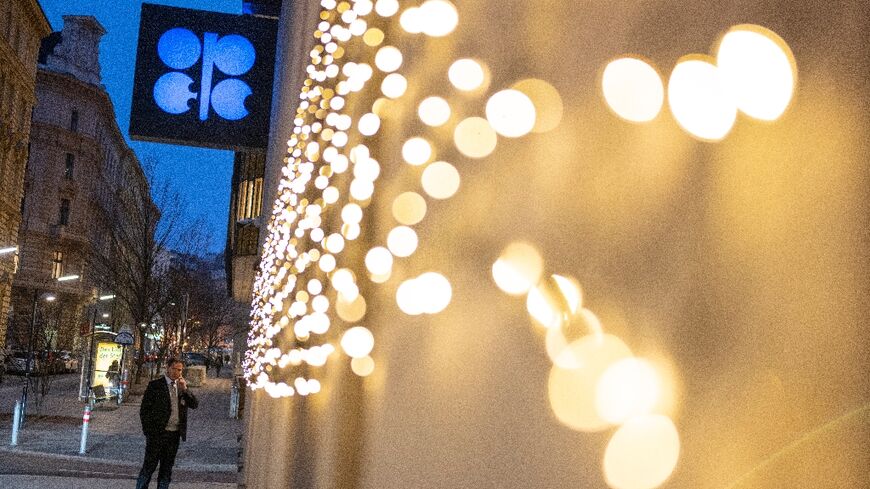 Saudi Arabia, Russia and other top oil producers on Wednesday agreed to hold firm on only gradually opening the taps despite Russia's assault on Ukraine sending prices spiralling.

But the 23-member OPEC+ group -- at monthly back-to-back meetings that lasted less than an hour -- decided to stick to a decision from last year for an output target of 400,000 barrels per day for April as well.

"The decision from OPEC+ was entirely expected. The group continues to believe that any imbalances are temporary and they appear to be applying the same logic to the invasion of Ukraine, probably due to reassurances from Russia," Craig Erlam from OANDA said.

On Sunday, OPEC leader Riyadh confirmed the commitment of the 13-country group to the agreement with its 10 partners, led by Moscow, which faces international criticism and sanctions over its invasion of Ukraine.

Crown Prince Mohammed bin Salman "affirmed the kingdom's keenness on the stability and balance of oil markets," according to the Saudi Press Agency.

The United States will contribute half of the amount, President Joe Biden announced.

But the move has failed to assure markets, and analysts had low expectations that OPEC+ would take any decision to rein in surging prices.

"The honest truth is that the OPEC nations are loving these high oil prices, but will never admit it. Their motto is: 'why fix it if it ain’t broken?'" ThinkMarkets analyst Fawad Razaqzada said.

OPEC+ has so far resisted pressure from major oil consumers, such as the US, to open the taps more as some of its members, including Nigeria and Angola, struggle to meet quotas.

Between December and January, OPEC members boosted their production by 64,000 barrels per day (bpd), far below their 400,000 bpd agreement, according to the organisation's last monthly report.

"The pledge from OPEC+ to increase supply is so far a paper promise... adding to the shortness in the supply market and further stoking the bullish price environment," Louise Dickson of Rystad Energy said ahead of the meeting.

The Organization of the Petroleum Exporting Countries (OPEC), whose secretariat is based in Vienna, had drastically slashed production in 2020 as the Covid-19 pandemic began to spread through the world, pummelling demand and prices.

Wednesday's meeting takes place at a key moment as negotiations to revive the 2015 Iran nuclear deal are widely expected to come to a head in the coming days.

The deal provided sanctions relief for Tehran in return for strict curbs on its nuclear programme but has been disintegrating since former US president Donald Trump withdrew from it in 2018 and reimposed sanctions, including on Iran's oil exports.

If an agreement were to be found and sanctions lifted again, it could unlock the Iranian exports.