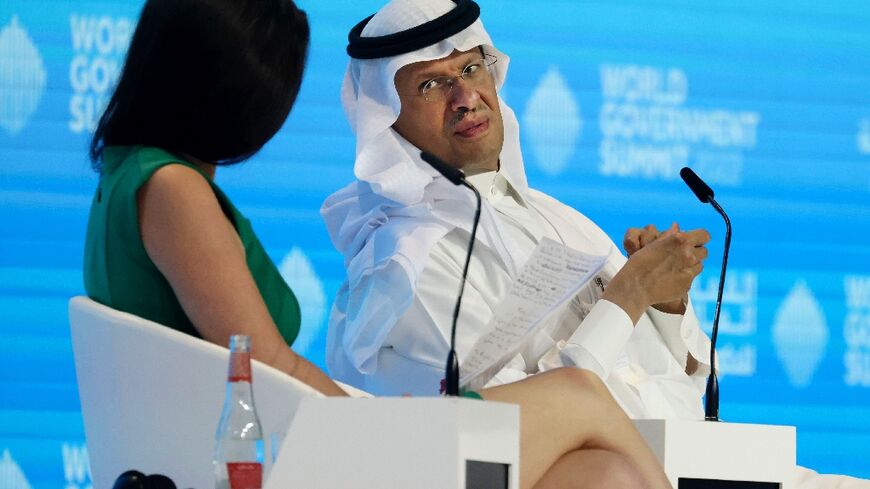 Volatility on oil markets sparked by Russia's invasion of Ukraine would be worse without OPEC+, the Saudi energy minister said on Tuesday, insisting the alliance that includes Russia deserves credit.

Oil shot up to nearly $140 on supply fears after Russia sent troops into its neighbour on February 24, and the price of crude is still trading at well over $100 a barrel.

"I certainly believe that if it wasn't for OPEC+ existing, we would not be celebrating a sustainable energy market... even with today's volatility," Prince Abdulaziz bin Salman said.

"Volatility would have even be worse if OPEC were not together and did not exist," the Saudi minister told the World Government Summit in Dubai.

The 13-member, Saudi-led Organization of the Petroleum Exporting Countries (OPEC) has so far resisted calls to lift production further following the Russian invasion of Ukraine. OPEC+ comprises another 10 countries including Russia.

"When we get into the OPEC meeting room or building, everybody leaves his politics outside the door of the building, and that culture has been with us," he said.

He also warned that attacks by Yemen's Iran-backed Huthi rebels on Saudi oil facilities, including a wave of drone and missile strikes on Friday, "put into question our ability to supply the world with the necessary energy requirements".

The United Arab Emirates' Energy Minister Suhail al-Mazrouei called for "trust" from the West, rather than being told to "do this or do that".

"What we need is pragmatism, we need to look at the objective of the energy and what we are asking for, not to tell us do this or do that," Mazrouei said.

"We need their understanding that what we are doing is to the benefit of the consumers," Mazrouei added, referring to Washington, which he described as an "important partner".

"When we say this is the right way to do it, we know it from experience, so trust us."

The OPEC+ alliance plans to increase output by 400,000 barrels a day in April, the same pace as in past months, despite calls for it to accelerate production by even more.

Since launching its assault on Ukraine, Russia has been hit by a raft of Western sanctions and expelled from world organisations, including the Group of 20 major economies.

Mazrouei said that ousting any OPEC+ member from the alliance would not benefit consumers.

"Our aim is to calm the market, trying to come up with volumes as much as possible, and if we are asking anyone to leave, then we are raising the prices, then we are doing something against what the consumers want," he said.