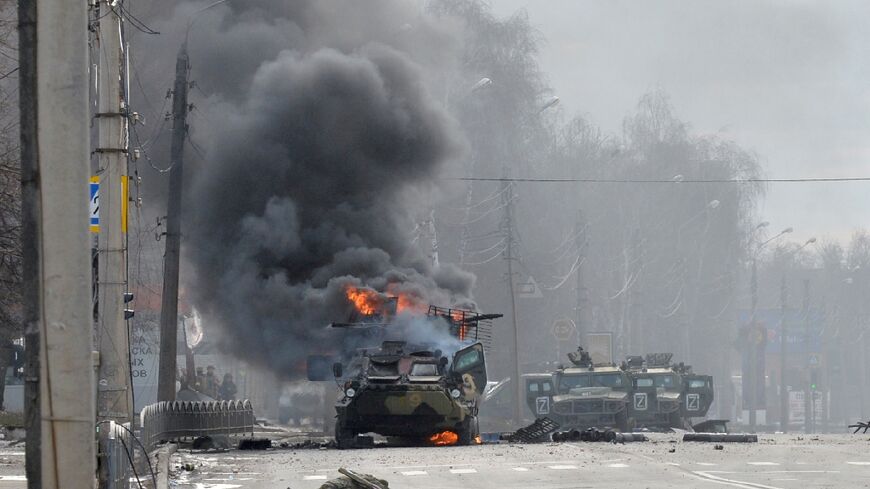 A Russian armoured personnel carrier burns next to an unidentified soldier's body during a fight with the Ukrainian armed forces in Kharkiv, on February 27, 2022 - Sergey BOBOK
by Sahar AL ATTAR
March 3, 2022 — Dubai (AFP)

Russia's invasion of Ukraine has sent energy prices surging, but the oil-rich Gulf monarchies have so far resisted Western pressure to raise output, prioritising their own strategic and economic interests.

The price of a barrel of West Texas Intermediate crude topped $115 on Thursday, the highest since 2008, as the war and sanctions against Moscow stoked fears about global supplies.

Russia is the world's second biggest crude exporter after Saudi Arabia, which is close to Western governments but also to Moscow.

The Organisation of Petroleum Exporting Countries and its allies (OPEC+), led by Riyadh and Moscow, failed Wednesday to respond to a call to produce more and faster, despite pressure on the Gulf states in particular.

The group argued that the "current volatility is not caused by changes in market fundamentals but by current geopolitical developments," according to a press release. 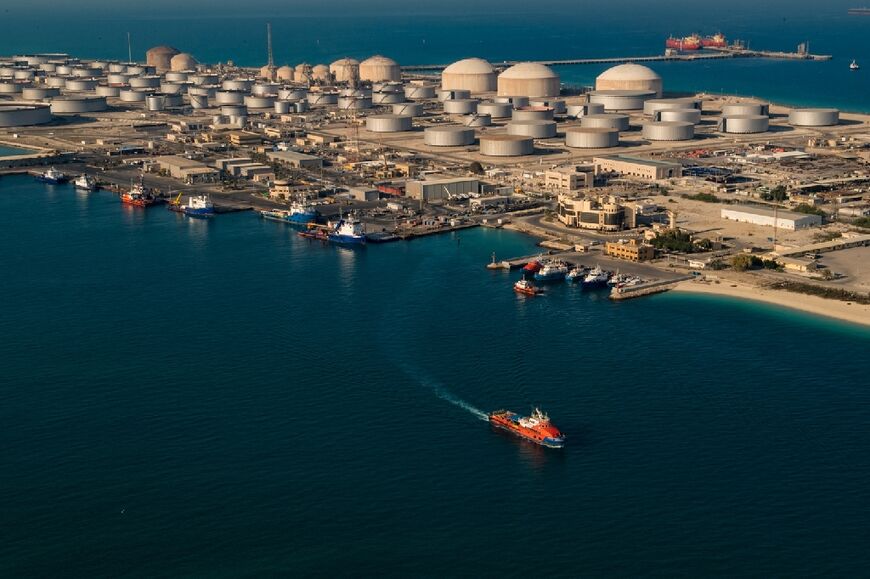 "Gulf countries are testing their ability to have a strategic autonomy, to defend their own national interests," Hasan Alhasan, a Middle East specialist at the International Institute for Strategic Studies, told AFP.

The Gulf countries, which had suffered from declines in oil prices since 2014, now seem all the more reluctant to take immediate action as they benefit from the short-term price surge.

If the barrel stays above $100, this will mean that none of the six Gulf Cooperation Council countries will face a budget deficit by 2022, wrote researcher Karen Young of the Washington-based Arab Gulf States Institute. 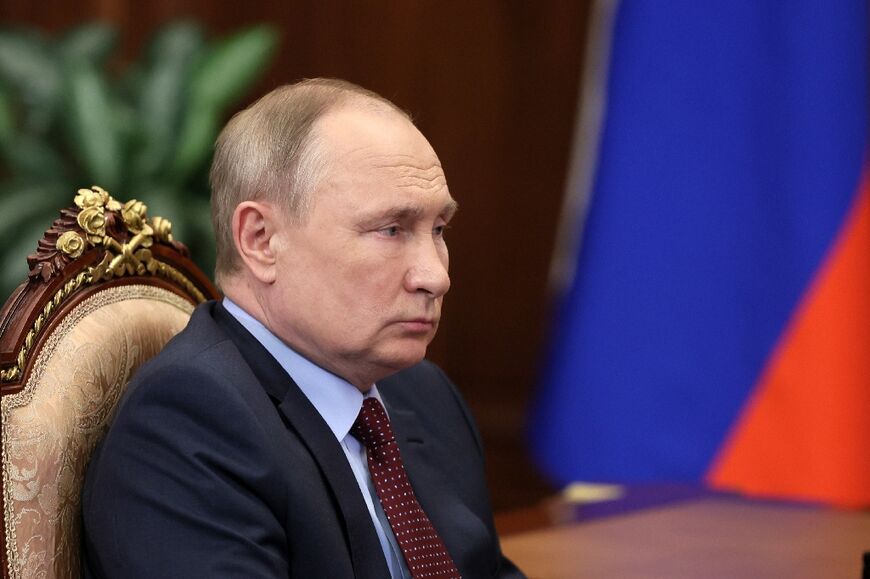 Amena Baker, an analyst with Energy Intelligence, said that according to OPEC+ "there is no physical shortage of crude in the market.

"The impact of the Western sanctions against Russia's hydrocarbon exports is still unknown," she told AFP.

Baker said the only two OPEC+ countries able to truly open the floodgates are Saudi Arabia and the United Arab Emirates, but that even they would be unable to make up for Russian exports.

"Overall our calculations put spare capacity of OPEC+ at 2.5 million barrels per day and that's much less than what Russia exports... Russia's exports are closer to 4.8 million bpd," she said.

However, producing countries are aware that high prices risk depressing the global economy and accelerating the energy transition away from fossil fuels, at a time of fragile post-Covid recovery. 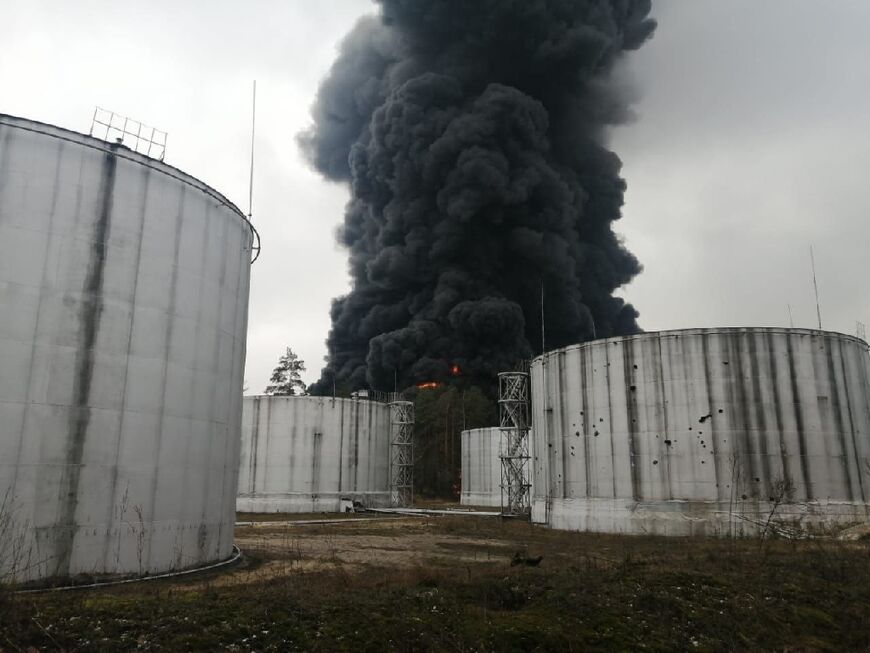 "What is most important for Saudi Arabia is oil price stability," said Alhasan, who added that the kingdom counts on Russia's cooperation in this.

The last time Saudi Arabia and Russia clashed over production quotas, it led to a price war and a collapse of prices, he recalled.

Baker agreed that "keeping Russia as part of OPEC+ is also seen as very important by member states ... That's the only way to ensure an effective market managing tool in the years to come."

The International Energy Agency announced Tuesday that member countries would release 60 million barrels of oil from their strategic reserves to stabilise global markets. 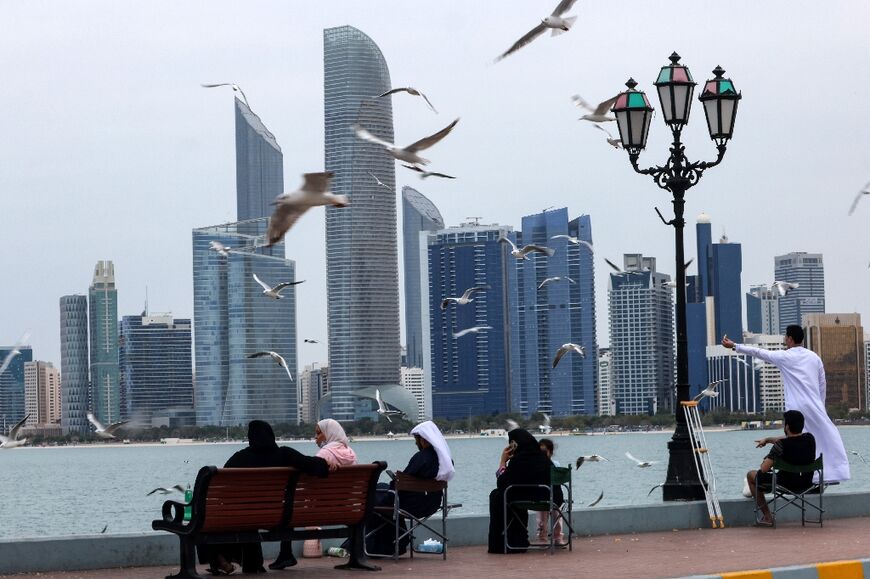 Half, 30 million barrels, will be released by the United States.

Alhasan said the pressure the United States has exerted on its close Gulf partners has been "limited" so far, adding that "we'll see if the pressure will increase in the coming days".

According to the analyst, the "Gulf countries have said: 'This isn't our war.' A very similar message, by the way, to the one consistently sent by the US to the Gulf states on Yemen... over the past several years."

Saudi Arabi and the UAE -- close diplomatic and military partners of the United States -- have intervened in Yemen since 2015 to support government forces against Huthi rebels, who are backed by Iran.

Riyadh and Abu Dhabi would like stepped-up support from Washington against the rebels, but the US has been reluctant to engage further in a conflict where all parties have been accused of war crimes. 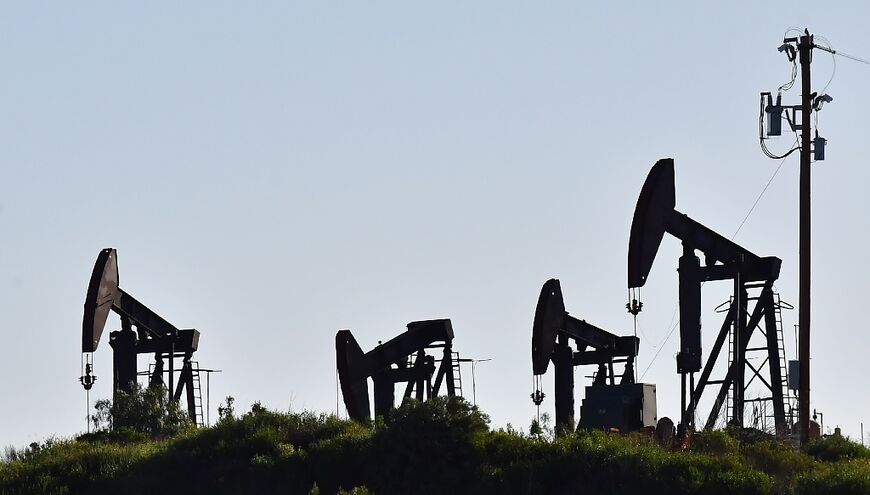 The UAE hosts US troops and has been a strategic partner to Washington for decades, but its ties with Russia have also been growing.

In its current role as holder of the UN Security Council's rotating presidency, the UAE abstained last Friday from voting on a US-Albanian draft resolution condemning Russia's invasion of Ukraine.

US-UAE relations now face a "stress test", said Yousef al-Otaiba, the Emirati ambassador to the US, but he voiced confidence that "we will get out of it and we will get to a better place".