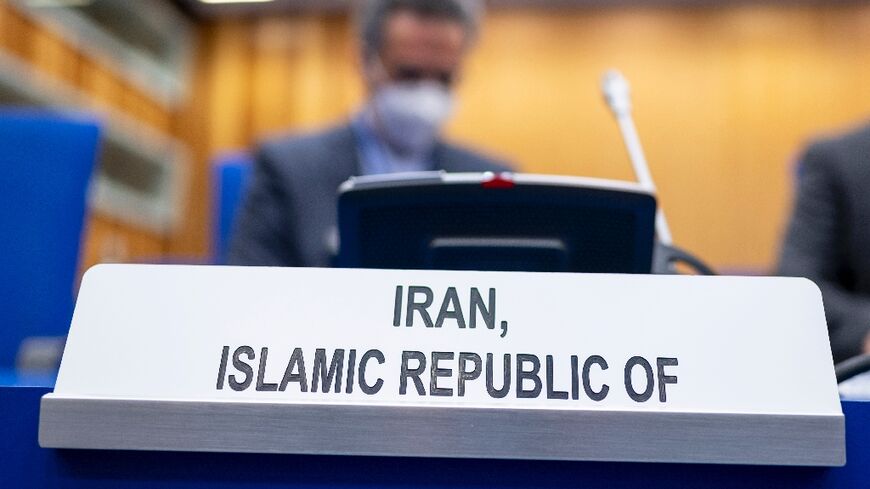 The United States and Iran -- whose seat at negotiations in Vienna is seen here -- are 'close' to a deal on reviving a critical nuclear pact, the State Department said on March 16, 2022 after months of intense negotiations - JOE KLAMAR
by Jastinder KHERA
March 16, 2022 — Vienna (AFP)

Washington said Wednesday it was "close" to a deal with Iran on reviving a 2015 pact that saw Western powers provide sanctions relief in exchange for curbs on Tehran's nuclear programme, the latest sign of advancement following prolonged deadlock.

Days after Russian demands seemed to jeopardize talks in Vienna over restoring the pact, this week has seen multiple positive signals that an accord may at last be within reach, including the release of two British Iranians Wednesday after years of detention in Iran, and word that outstanding issues have narrowed to just two.

Now a successful resolution appears more viable than at any point in years.

"We are close to a possible deal, but we're not there yet," said State Department spokesman Ned Price. "We do think the remaining issues can be bridged."

Speaking to reporters, Price declined to confirm Tehran's claim that there were just a pair of final issues to be sorted out, down from four, before agreeing to restore the six-party Joint Comprehensive Plan of Action (JCPOA) which aimed to prevent Iran from developing nuclear weapons.

But he said the issues are surmountable, although the 11-month-old talks "are at a very delicate stage."

"There is little time remaining given the nuclear advancements that Tehran has made" toward developing nuclear weapons that would undermine any agreement, he said.

The EU diplomat chairing the Vienna talks, Enrique Mora, told reporters last week that delegations were down to negotiating the footnotes of the text, but progress stalled when Moscow demanded guarantees that Western sanctions over its invasion of Ukraine would not affect its trade with Iran.

That news was followed Wednesday by Iran releasing two British-Iranians, Nazanin Zaghari-Ratcliffe and Anoosheh Ashoori, taken as another sign of diplomatic thaw.

"I'm relieved that the problems were solved" allowing Zaghari-Ratcliffe's release, her husband Richard Ratcliffe told AFP at the family home. "The first thing she always wanted to do was me make her a cup of tea." 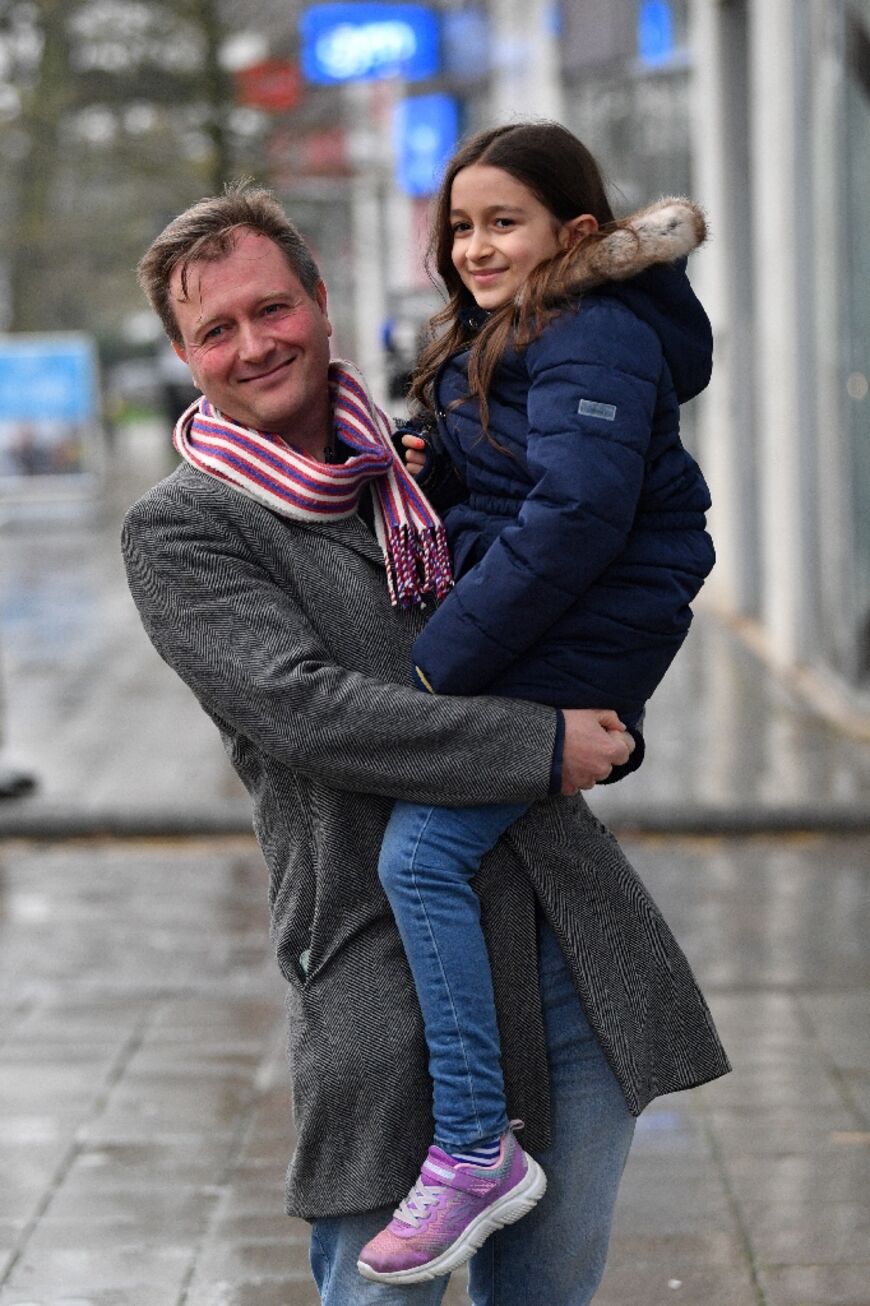 UK lawmaker Tulip Siddiq, who represents the north London district where Zaghari-Ratcliffe's family lives, tweeted a photo of her constituent smiling on board a plane.

"It's been 6 long years -- and I can't believe I can FINALLY share this photo," she wrote.

The increasingly positive signs have led some to hope the revival of the 2015 deal may be just days away, with one diplomatic source saying the process was on "the right track".

However, the same source warned that "we have to be cautious".

With good reason: negotiations over Iran's nuclear programme have been littered with missed deadlines.

The deal began to fall apart in 2018 when then-US president Donald Trump dramatically withdrew from it and went on to reimpose swinging economic sanctions on Iran.

That led Tehran to exceed the limits on its nuclear activity laid down in the deal.

Iran said Wednesday there were two remaining sticking points in Vienna, including an "economic guarantee" in case a future US administration repeats Trump's abrogation.

Another source close to the talks said the other issue was the status of Iran's powerful Revolutionary Guards, which Washington has branded a terrorist organization.

According to analyst Henry Rome from the Eurasia Group, these problems are "unlikely to prove insurmountable". 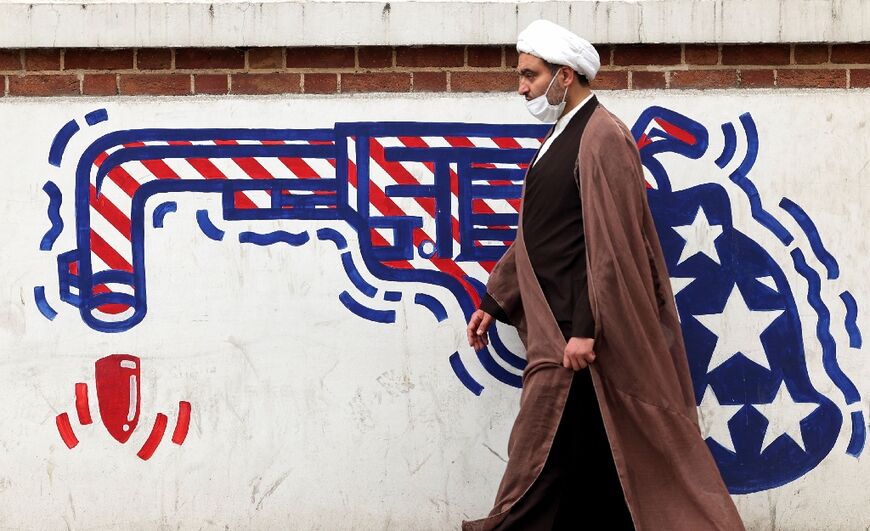 "Both the US and Iran want a deal, and the latter probably used some diplomatic capital to persuade Russia to back off its confrontational stance," Rome added.

"It is now clear that Russia's tactical gambit to leverage the Iran nuclear deal to punch a hole in western sanctions regime over the crisis in Ukraine did not work," said Ali Vaez from the International Crisis Group.

Too much energy and political capital have been expended, and the deal "is now too big to fail," Vaez said.

As ever with the talks, there is always a possibility of last-minute complications.

"There may yet be some theatrics, with Iran trying to leverage high oil prices to win several additional concessions," said Rome.

In addition, on Wednesday the UN's International Atomic Energy Agency issued a report giving fresh details of advances in Iran's production of uranium metal, which could bedevil implementation of a deal.