The first of 100,000 Ethiopians repatriated from Saudi Arabia 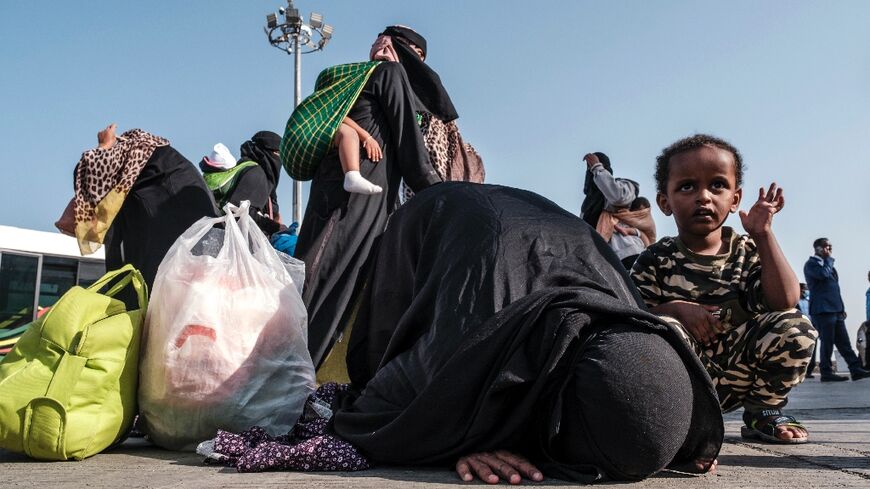 An Ethiopian woman among the happy returnees after getting off the plane in Addis Ababa - EDUARDO SOTERAS
Agence France-Presse
March 30, 2022 — Addis Ababa (AFP)

Hundreds of Ethiopians arrived back in Addis Ababa on Wednesday, the first contingent of some 100,000 nationals to be repatriated from Saudi Arabia over the coming months.

Around 900 returnees, including many mothers with young children, landed at Addis Ababa International Airport throughout the day, the International Organization for Migration (IOM) said.

"It is estimated that about 750,000 Ethiopians currently reside in the Kingdom (of Saudi Arabia) with about 450,000 likely to have travelled to the country through irregular means and will need help to return home," the IOM said in a statement.

"We were crying daily," said Jemila Shafi, 29, one of the returnees from Saudi Arabia.

She said that they were given one loaf of bread and a pot of cooked rice to be shared between 300 people.

"Even 400 people were living in one room and we couldn't see the sun light," she added. 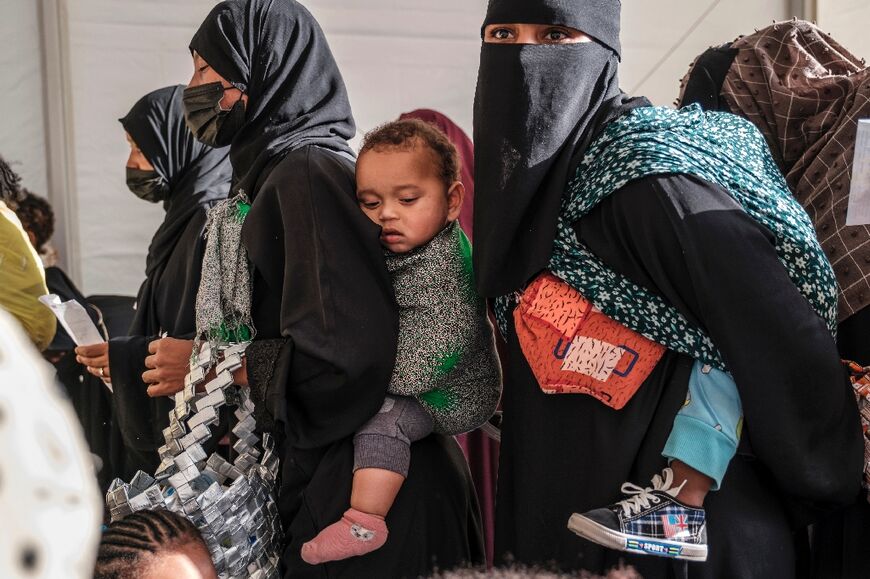 Most of the women returnees were dressed in black abaya robes, traditional in Saudi Arabia, some with their faces covered by a niqab.

Many were carrying babies on their backs or holding children by the hand, with their meagre belongings crammed into plastic bags as they queued up to be registered after they got off the plane.

"We are back in our blessed country after six months in prison," rejoiced Medina, a 28-year-old woman who was among those coming off the plane.

"But many of our brothers continue to suffer especially in the men's prisons," she added.

The Ethiopian foreign ministry has said it will repatriate about 100,000 of its citizens from Saudi Arabia over the next seven to 11 months, under an agreement recently signed between the two countries. 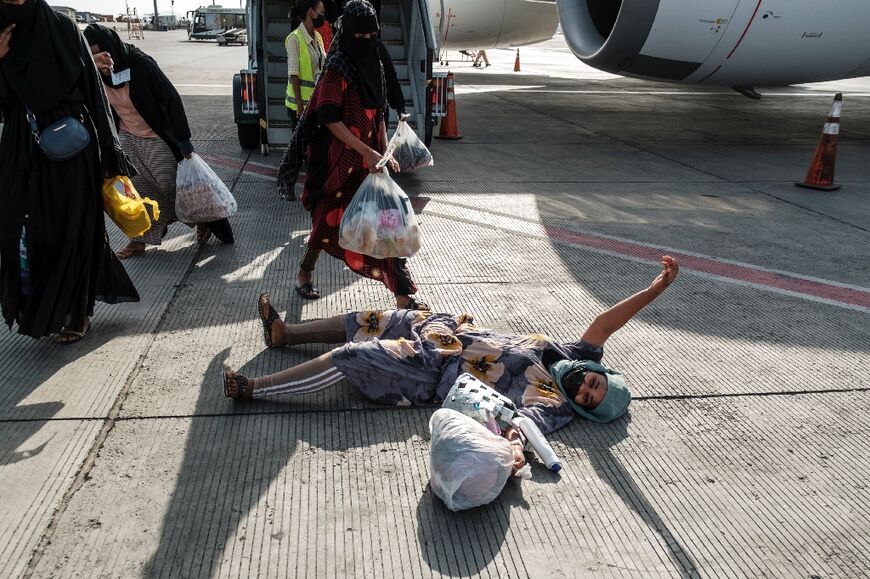 Wednesday's returnees "were assisted and registered by IOM staff and offered, among others, food, temporary accommodation, medical help and counselling services," the UN migration agency said in its statement.

"These are our citizens," said Hana Yeshingus, a representative of the Ethiopian ministry of Women and Children.

"Our citizens have come back home” after going through a very painful time, she added.

The IOM stressed that "meeting the needs of the 100,000 returnees is going to be an enormous challenge for the government, IOM, and partners".

Over the last four years Saudi Arabia "has returned nearly 352,000 Ethiopians back home," it added.