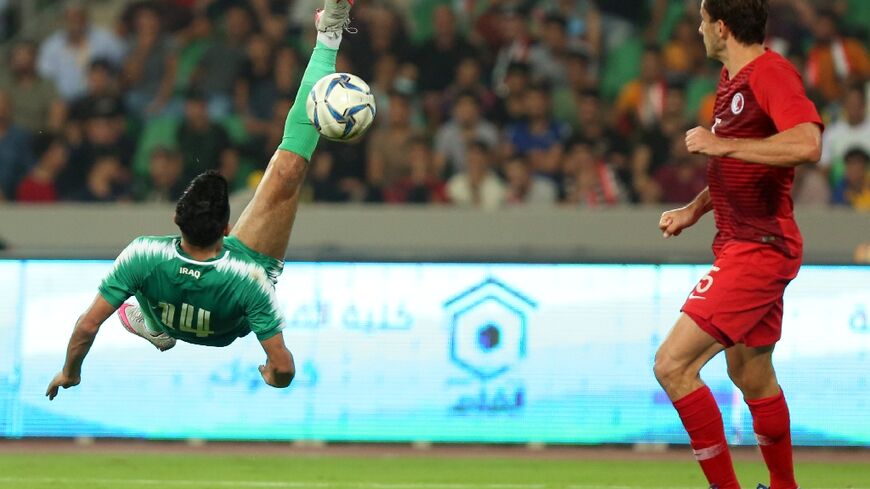 Iraq and the United Arab Emirates will play their 2022 World Cup qualifier in Baghdad after FIFA lifted its years-long ban on matches in the war-scarred country, Iraqi officials said Sunday.

The match scheduled for March 24 was to be played in Amman, Jordan, or Qatar, because world football's governing body FIFA had forbidden matches in Iraq over security concerns.

"We received on Sunday an official notification from FIFA confirming the lifting of the ban for all Iraqi stadiums," Ahmed al-Moussaoui, spokesman for the Iraqi Football Association, told AFP.

"In the future we can host matches either in Al-Madina Stadium in the capital" or at other stadiums, Moussaoui said.

In January, Baghdad's packed Al-Madina Stadium hosted a friendly between the Iraqi team and Uganda. That was the first international match in the capital since Liberia visited in 2013, when the ban took effect, FIFA said on its website.

"FIFA officially agreed to holding a match between our national team and the Emirati side at Al-Madina Stadium", Adnan Dirjal, Minister of Youth and Sport, said on Sunday.

Dirjal, also president of the Iraqi Football Association, said in a statement that the contest will be an Asia zone qualifier for this year's World Cup in Qatar.

Iraqi authorities have been working relentlessly for months to welcome international matches and to get the FIFA ban lifted.

FIFA said it briefly lifted its prohibition in 2019 for a World Cup qualifier when Iraq hosted Hong Kong, but reimposed it shortly afterwards.

"In the meantime, they have continued to play some friendly matches at home, in the city of Basra but have had to stage World Cup qualifiers in Doha," FIFA said.

Iraq's national and club sides have been forced to use stadiums abroad for their international home games, as local facilities have fallen into disrepair in the country rocked by decades of conflict.

Still, in addition to the 32,000-seat Al-Madina there are other facilities that can host international competitions: In Arbil, capital of the autonomous Kurdish region; the southern city of Basra, whose 65,000-seat facility is the country's largest; and Karbala, which can hold 30,000 fans and is the most modern.

Iraq has qualified only once for the World Cup finals, in 1986, though it won the Asian Cup in 2007.