The PKK-linked Revolutionary Youth movement has continued its campaign of child recruitment in northeast Syria despite efforts from local authorities, and SDF chief Mazloum Kobane to stop the practice, leaving a trail of anguished parents in its wake. 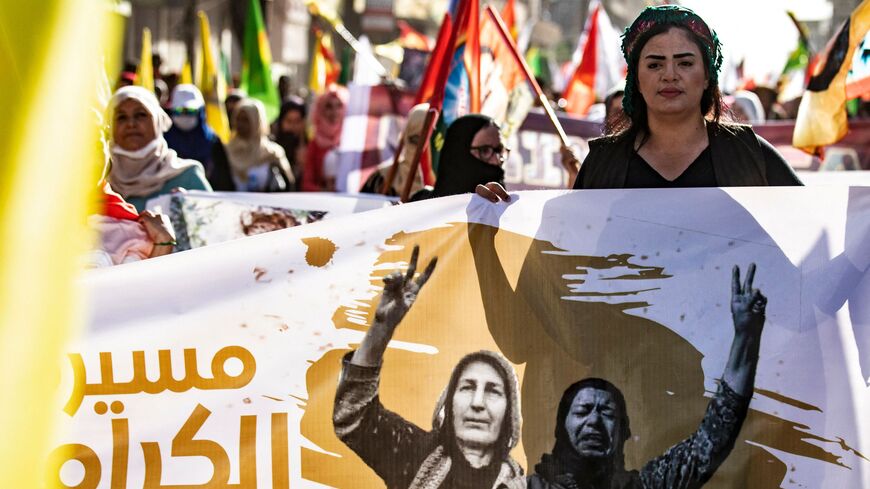 Syrian Kurds demonstrate on June 10, 2021, in the northeastern Syrian city of Qamishli against the Turkish offensive on Kurdistan Workers' Party (PKK) areas in northern Iraq. - DELIL SOULEIMAN/AFP via Getty Images

Late last year, members of a youth group held a computer literacy class in the Syrian town of Amuda. This was no ordinary extracurricular activity: its purpose was to recruit children for military service, and over the course of the lessons, organizers convinced two local girls to leave home and pick up arms.

“It was a kidnapping through indirect means, not at the barrel of a gun,” said Shams Antar, the aunt of one of the girls, sixteen-year-old Hadiya Abdul Raheem Antar. Hadiya and her friend Ayana persuaded a third classmate who had not attended the computer course, 15-year-old Afeen Jalal Khalil, to tag along on their military adventure, added Shams Antar.

On Nov. 21, 2021, the three girls disappeared. Hadiya and Ayana were picked up by a car after school, while Afeen was spirited away from in front of her home that evening. Hadiya and Afeen are still missing today; Ayana’s parents have managed to bring her home through a dogged pressure campaign. 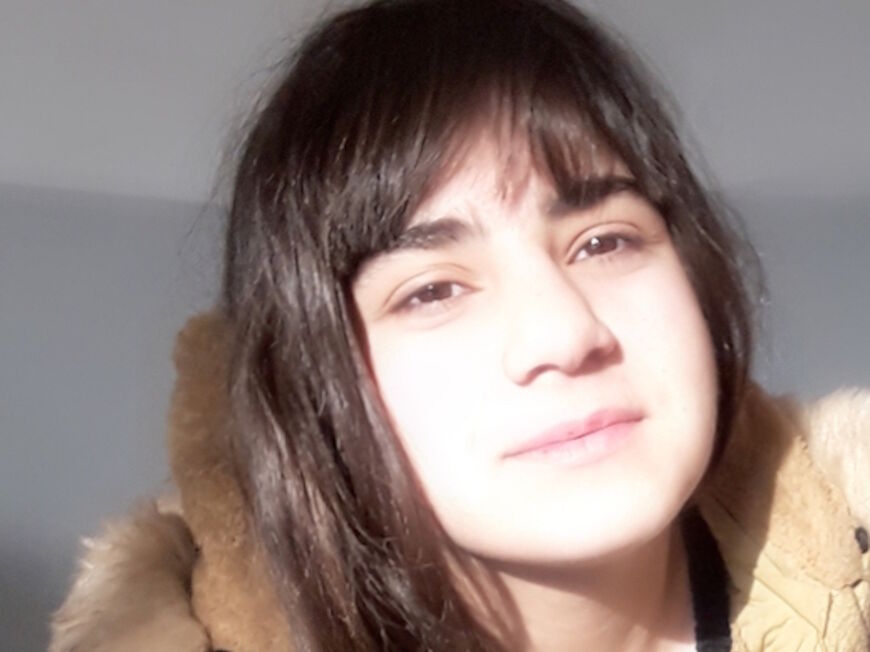 An undated image of Afeen Khalil (courtesy of the Khalil family)

“They rope in children of both sexes, especially girls, using these classes — whether music classes, computer classes, drawing, language instruction,” said Antar, who works as an author and feminist activist. For years she has fought against child recruitment in northeast Syria, which is under the control of the US-backed, Kurdish-led Syrian Democratic Forces. When her niece Hadiya was taken, Antar’s cause became personal.

“During these classes, they fill their minds with the party’s ideology,” she said, referring to Syrian adherents of the Kurdistan Workers Party (PKK), a far-left organization that has fought a decades-long struggle on behalf of Turkey’s oppressed Kurdish minority. The group responsible for recruiting the children is the Revolutionary Youth, known as Ciwanen Soresger in Kurdish, which is widely believed to take orders from the PKK. 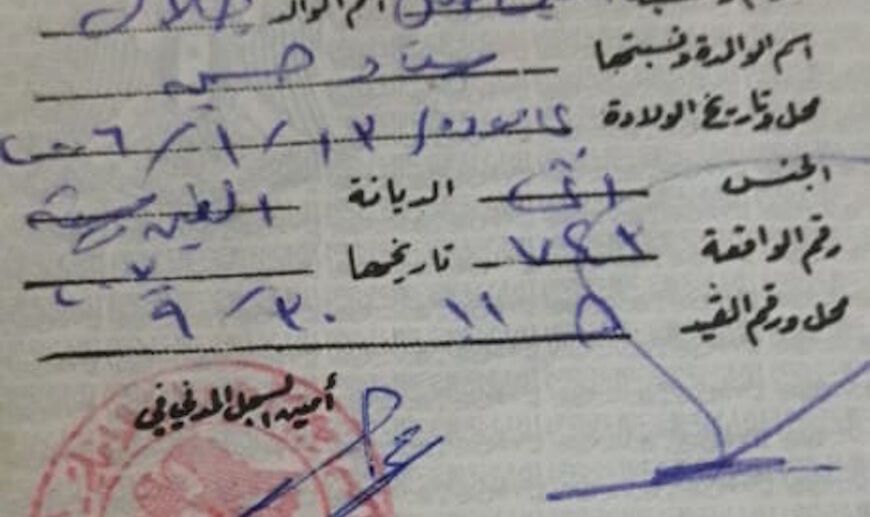 In a 2020 interview with Al-Monitor, a member of the general coordinating committee for the Revolutionary Youth said that the movement puts on activities, like sports and music lessons to promote youth's psychological development. The Revolutionary Youth “works to protect youth from attacks directed against them, whether physical or psychological,” said Nasser Afrin.

Afrin strenuously denied that the Revolutionary Youth recruited children. However, he did note that the group’s training committee runs “cultural academies, thought academies, even military academies.”

Following recruitment by the Revolutionary Youth, children are trained and dispatched to fight in one of the PKK’s military units, said Shams Antar. “Considering the party has branches in Iran, Turkey, Iraq, and Syria, we don’t know [exactly] where they’re sent,” she added.

Some parents in northeast Syria accept their children going to war to win rights long denied to the Kurdish people by authoritarian Middle Eastern regimes. But many others want their kids to grow up with some semblance of a normal life. They are heartbroken by their children’s disappearance and desperate for any way to get them back.

“She’s a child. Even if she made a decision [to take up arms], isn’t that wrong? She’s 16 years old, is that the type of decision she can make?” said a father whose daughter was taken away last year by the Revolutionary Youth, speaking to Al-Monitor on condition of anonymity.

“I used to lose my mind when she was 10 minutes late coming home from school. Now she’s been gone for two months,” said Belqees Hassan, the mother of Afeen, one of the missing girls from Amuda. “How can I describe what I’m feeling? Just imagine — a mother who’s lost her daughter.” Afeen’s 16th birthday came and went earlier this month without her parents being able to talk to her on the phone or learn her whereabouts. 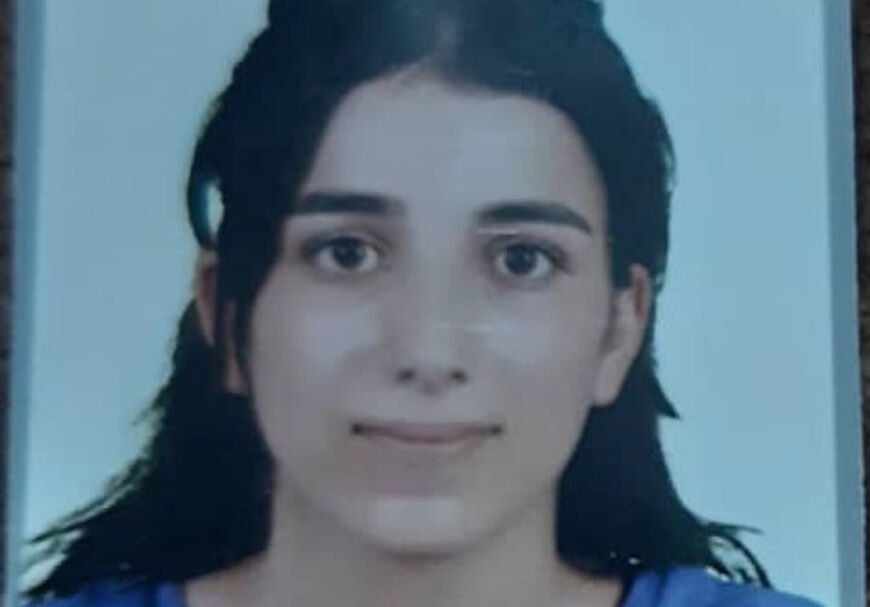 An undated image of Hadiya Antar (courtesy of the Antar family)

“We went to all offices of the [governing] Autonomous Administration — all their ministries. No one gave us any information about her location or where she is,” said Hassan. “Please relay our story quickly to the UN so they can put an end to these violations, and return our child as soon as possible.”

Few anguished parents go public with their plight. Many stay silent, fearing retaliation. But talking to the media can pay off; Al-Monitor has learned of two cases since mid-2021 when children were returned home after their parents repeatedly gave statements to the press.

Comprehensive estimates on the number of children affected are difficult to come by. The rights organization Syrians for Truth and Justice documented nine boys and eight girls taken in the last three months of 2021, among them the three Amuda girls.

An April 2021 UN report documented over 400 cases of child recruitment into the PKK-linked, Syrian Kurdish People’s and Women’s Protection Units from July 2018 to June 2020. Although the report did not mention the Revolutionary Youth by name, it is likely the movement was behind many of the incidents.

Khalid Jaber, co-president of the Hasakah branch of the Child Protection Office that is part of the governing Autonomous Administration, told al-Monitor that his office had returned 214 recruited children to their families since it began operating in late 2020. He added that the combined branches of the Child Protection Office had received 333 complaints of child recruitment across all of northeast Syria.

Parents interviewed by Al-Monitor described the Child Protection Office as a well-meaning actor genuinely concerned with returning kids home. But its powers are limited. “Every day we hear about another girl disappearing, while every month one comes back,” activist Shams Antar said.

Antar organized three protests late last year attended by families of recruited girls in an effort to secure their return. Protestors held signs that poignantly captured their anguish, including: “Military recruitment casts terror into the hearts of mothers,” “Afeen Khalil loves reading and is afraid of the sound of gunfire,” and “Girls are our candles, don’t extinguish our candles.” The third and final protest on December 7 was met with force.

“The women’s Asayish [police] came, they wanted to disperse us,” said Shams Antar. “They hit us, grabbed me and dragged me into a car. From the car I saw others getting hit, falling on the ground — they were roughed up badly. It was extremely shameful. We were protesting peacefully … we didn’t raise any hostile slogans, nothing political.” Following that incident, “we no longer dare to organize protests, due to the threats, but I’ve kept writing and talking to the media.”

Most key decision makers in the Syrian Democratic Forces that protect the area, and the Autonomous Administration that govern it, are drawn from the PKK’s ranks. At the same time, leaders in northeast Syria’s government have emphasized an inclusive, Syrian national identity that is distinct from the PKK and its armed struggle for Kurdish rights in Turkey.

In theory, the Autonomous Administration’s “Syrianization” agenda could mitigate Turkish hostility by diluting the PKK’s influence, as well as secure the administration greater international legitimacy and possibly a role in talks to end the war. As part of a bid for international recognition, General Kobane signed a pledge with the United Nations in July 2019 to “end and prevent the recruitment and use of children under the age of 18.”

But the Revolutionary Youth have continued their recruitment activities unimpeded, and with no regard for political identity. They target boys and girls from families supportive of the local administration, those who belong to the opposition, and everyone in between. No Kurdish children in northeast Syria are safe from indoctrination and military service. Cracking down on this practice might go a long way towards bolstering the Autonomous Administration and Syrian Democratic Forces’ bona fides as legitimate government actors that respect human rights.