Intel: US announces Iran, Syria sanctions ahead of democracy summit

The US Treasury Department announced new sanctions on Iranian and Syrian targets in the run-up to the administration’s virtual gathering of the world's democracies. 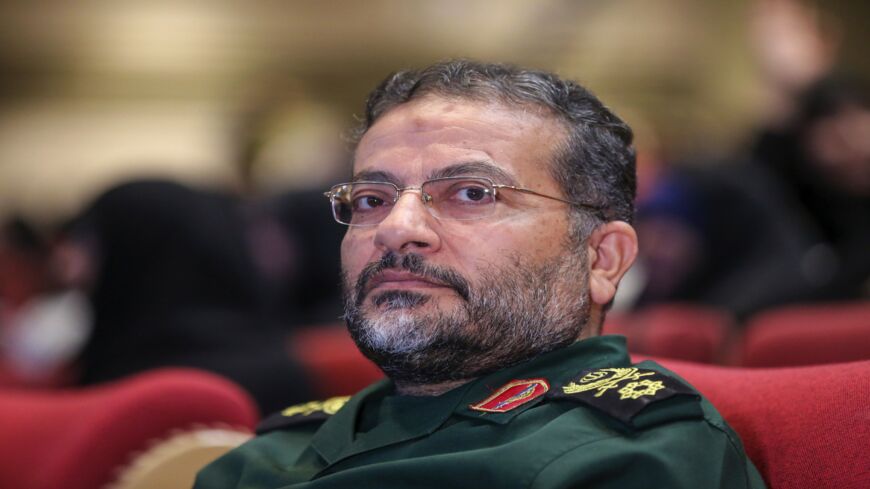 Gholamreza Soleimani, a senior officer in the Islamic Revolutionary Guard Corps who commands Basij forces, attends a gathering during Basij Week in the Iranian capital, Tehran, on Nov. 24, 2019. Soleimani was blacklisted Dec. 7, 2021, by the US Treasury Department for human rights abuses. - ATTA KENARE/AFP via Getty Images)

The United States unveiled a tranche of sanctions on more than a dozen Syrian and Iranian officials and entities accused of serious human right abuses, the latest in what the administration has billed a “week of actions” ahead of its so-called Summit for Democracy.

The US Treasury Department said in a statement on Tuesday that it sanctioned several Iranians accused of involvement in violent crackdowns in Iran, including during the peaceful anti-government protests that erupted in November 2019 over gasoline price increases. The department designated the Special Units of Iran’s Law Enforcement Forces, which handles crowd control and protest suppression, and several of the unit's officials for use of excessive and lethal force on unarmed civilian protesters.

What they're saying: “Consistent with the goals of this week’s Summit for Democracy, the United States is committed to using its full range of tools to counter serious human rights abuse and repressive acts across the world,” Secretary of State Antony Blinken said in a statement Tuesday.

“These designations, which include individuals previously sanctioned by the European Union, also bring the United States into closer alignment with allies and partners, reflecting our shared commitment to promoting democracy and respect for human rights,” he added.

Why it matters: The Iran-related sanctions come against the backdrop of the stalled nuclear talks in Vienna, which aim to bring Iran back into compliance with the 2015 deal in exchange for sanctions relief. A State Department official briefing reporters on the latest round of negotiations said Iran did not appear serious about a return to the nuclear agreement and its negotiators had reneged on compromises made in previous talks.

The Syria sanctions are the administration’s first since July, when Washington imposed sanctions on several government detention centers, prison officials and a Turkey-backed Syrian rebel group. Biden has faced criticism for not making Syria a greater foreign policy priority at a time when several Arab capitals are stepping up efforts to normalize the regime.

What’s next: The newest sanctions come days before the United States convenes a first-of-its-kind democracy summit, which will bring together more than 100 foreign leaders virtually on Dec. 9-10 to discuss ways of strengthening democracy and countering authoritarianism around the world. As part of the summit, the United States will reportedly urge other governments to hold corrupt officials and human rights abusers accountable through sanctions and other pressure tools.

Know more: With nuclear talks expected to resume on Thursday, an Iranian official is pushing back on reports that Tehran showed up to Vienna last week with only maximalist demands. Plus, check out Bijan Khajehpour’s latest on the new Iranian government’s economic roadmap.