Since a deadly fire in 1960, going to the cinema has been taboo in the Kurdish town of Amude in northeastern Syria, and a couple who recently emigrated from Europe hopes to change things. 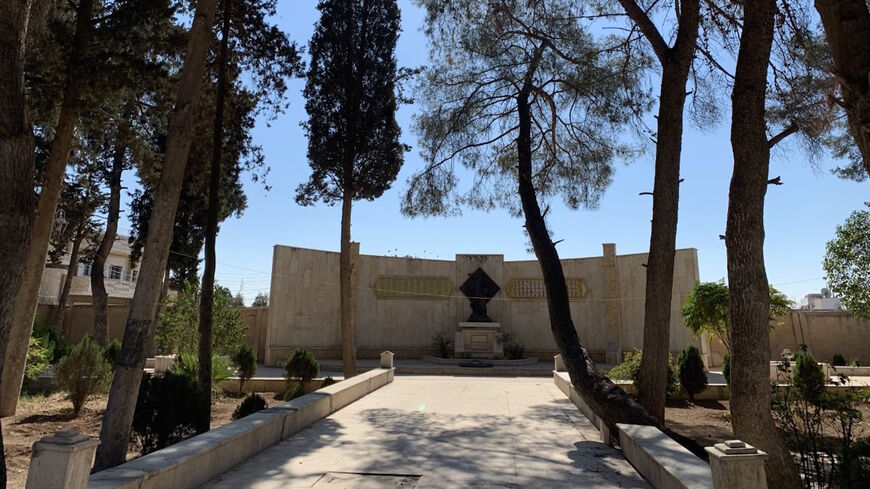 AMUDE, northeast Syria — Mohammed Rashid Fateh was 12 years old when he went to the movies for the first time on Nov. 13, 1960.

“I was so excited I cannot tell you. I wore my clothes the night before and couldn’t wait for it to be tomorrow,” Fateh recalled on a recent afternoon in the predominantly Kurdish town of Amude in northeastern Syria. His joy was short lived. Halfway through the screening of the Egyptian horror film “The Ghost of Midnight,” “there was a loud explosion and the screen went white.” Smoke filled the theater hall amid cries of “Fire!”

Fateh jumped off the balcony where he had been sitting and survived the blaze that tore through the wood and clay structure built to accommodate no more than 200 people. Around 500 children were packed into it that day in keeping with the government’s orders, raising money for Algeria’s struggle for independence from France. Pan-Arab solidarity was one of the tenets of Syria’s brief marriage with Egypt at the time. The union, called the United Arab Republic, was forged in 1958 and ended with Syria’s withdrawal in 1961.

Estimates vary but at least 200 children, mostly under the age of 14 and mostly Kurds, perished in the fire, likely caused by an overheated projector. A frenzied stampede ensued as children headed to a pair of narrow exit doors that opened inward. The children piled up against them, forming a human bonfire.

The stench of charred flesh lingered for days as anguished parents beat their chests in agony. The fear of cinemas lasted for decades, passed on from one generation to the other. “If you go to the cinema, you will die,” mothers would warn.

“It’s the fate of the Kurds, for every pleasure to turn into a nightmare,” Fateh said. 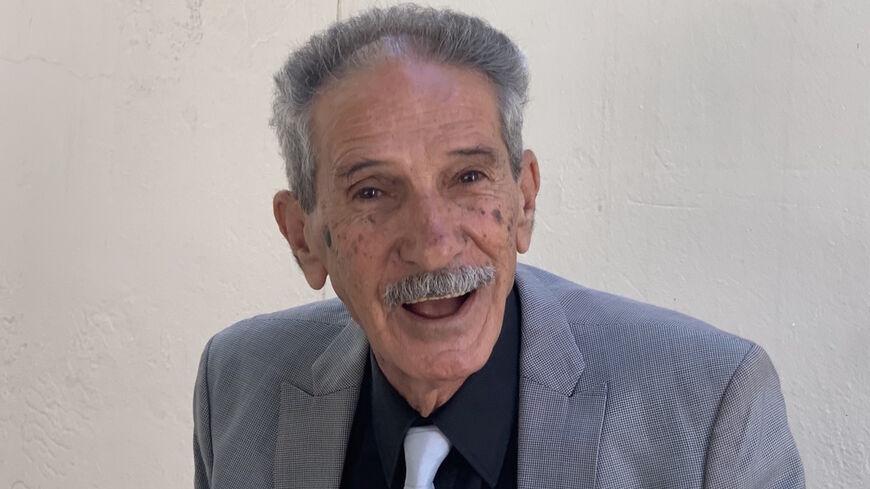 Fear of the cinema persisted until Alaa Abdulfatah, an educational consultant, and her husband Gernas Haj Shekhmous, a performance artist, decided to give up their lives in Europe and resettle in their hometown this year even as thousands of other Syrians continue to flee the country through illegal means.

In September, the couple launched a cinema, the town’s first since the tragedy struck. It’s part of a small cultural center that Shekhmous opened in early 2021 in the heart of Amude. Housed in an old style Syrian house with soaring ceilings and a spacious inner courtyard that is now covered so it can be used in the winter too, the venue is called “Kulturvan.” It’s a play on words, which roughly translated from the main Kurdish dialect Kurmanji, means “culture maker.”

“Everybody has been making war here; we want to make culture,” Shekhmous told Al-Monitor.

“Children were playing war games in the streets. One group would say ‘We are Jabhat al-Nusra,’ the other ‘We are the YPG.’ I became very upset,” Shekhmous said. He was referring to the powerful Idlib-based jihadi militia that now calls itself Hayat Tahrir al Sham and the Syrian Kurdish People’s Protection Units, which helped the US-led coalition defeat the Islamic State.

“I was determined to rebuild the connection between Amude and the cinema. I wanted, above all, to do this for the children,” Abdulfatah said.

In the early 20th century Amude was a cultural hub with three cinemas for a population of 3,000, which included numerous Christians, as evidenced by several old churches scattered across town. Author Agatha Christie is said to have passed through with her archaeologist husband Max Mallowan. French colonization and oppressive Baath rule, followed by Syria’s decade old civil conflict and the Islamic State’s violent siege, dulled Amude’s soul, but it’s coming back.

On an unseasonably warm mid-November evening, children clutching paper cones filled with popcorn filed into a room with rows of black plastic chairs arranged in a demi lune around a large screen. The night’s offering was the “The Smurfs.” Shekhmous and Abdulfatah had downloaded it from an online streaming platform, like all the other movies shown at Kulturvan. 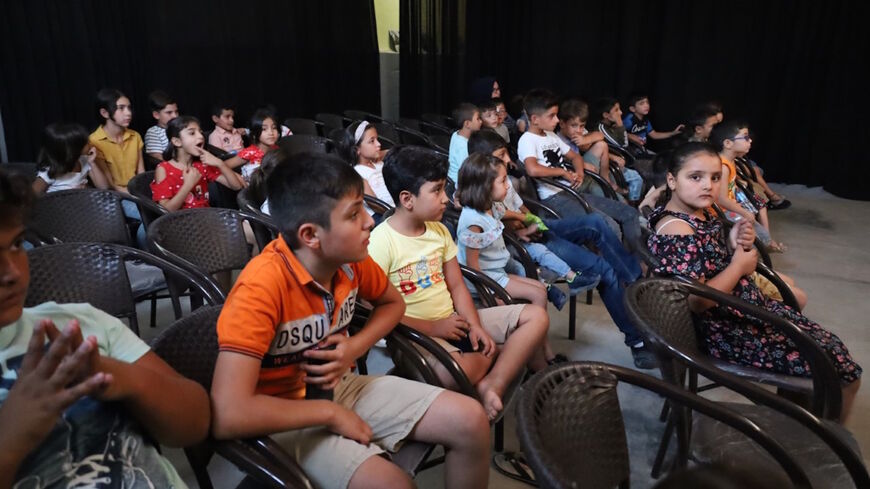 Children watch a film at the cinema in Kulturvan, Nov. 5, 2021. (Alaa Abdulfatah)

Overcoming locals’ fear of the cinema was not easy. But the couple’s families are well respected in the town, giving them a head start. Kulturvan first began with offering free music lessons to the children. Shekhmous teaches the daf, a large frame drum that has been played for centuries across the Middle East and Central Asia and used in Sufi chanting rites. Trust between the couple and local families grew. Painting, writing and storytelling classes were added, drawing in an ever growing number of pupils.

“People thought I was insane when I told them I was leaving Brussels to live in Amude,” Shekhmous laughed. That’s no surprise. Just months before Shekhmous began to plot his return, Turkish troops overran large chunks of Kurdish-controlled northeast Syria in October 2019, displacing more than 200,000 civilians while their Sunni rebel allies embarked on an orgy of abuses labelled war crimes by the United Nations. But then, Shekhmous was no stranger to risk. He had made his way illegally to Europe in 1994 after Baath Party officials in Damascus, where he was attending university, tried to force him to perform in the Baath Youth Center. “They told me, ‘If you don’t accept you will not be permitted to act ever again,’” he said.

The Turkish invasion only stiffened Shekhmous’ resolve. But love was the greatest motivator of all. Shekhmous, 40, was first drawn to Abdulfatah, 45, when she was a girl in Amude. He would watch her on her way to school, her silky black hair flowing down her back as she walked past the house that would become Kulturvan, then owned by a Christian family. She seemed haughty and unapproachable.

Their paths crossed again in the early days of the Syrian uprising. Abdulfatah, then settled in the Netherlands, decided to drive a minivan from Delft to Damascus, collecting letters from ordinary people to be delivered to Syrians struggling for freedom back home. She got as far as Milan when reality set in and she turned back.

Abdulfatah headed for Brussels for a gathering of Syrian activists. Shekhmous, his long hair in a ponytail, was there. “He looked at me and it was love at first sight for him,” she said. He began writing to her declaring his interest. “I was scared and confused,” she said.

In March this year, Abdulfatah returned to Amude to visit her parents for the first time since the outbreak of the COVID-19 pandemic. With a childhood girlfriend, she retraced her steps to school. As they walked past Kulturvan, still in the germination stage, her friend urged her to take a peek inside. “The minute I walked in, I saw Gernas sitting in a chair by the fireplace. He rose and said, ‘It’s you. You’ve come,’” she recollected. The couple were married in Cuba in June.

Abdulfatah's uncle was among the survivors of the Amude fire. She grew up hearing heart-rending accounts of that night. Her parents’ previous home where she was raised adjoined the grounds of the now-abandoned cinema. Property prices on the street remain below average. “Many people believe the street is cursed,” she explained.

Many Kurds also continue to believe that the government had deliberately sent the children to their deaths, part of a campaign to stamp out Kurdish identity. The government’s refusal to investigate the fire, then ban on commemorations, reinforced suspicions. In 1963, the Baath Party launched its infamous “Arab Belt” campaign, bringing in thousands of Arabs to thin out the predominantly Kurdish population along the Turkish border, where Syria’s richest agricultural lands lay. 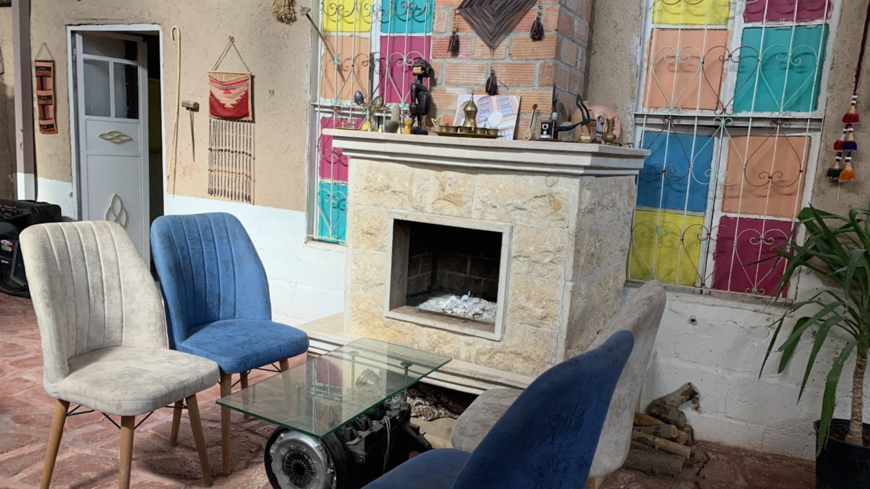 Fateh, the 73-year-old survivor who went onto become an electronics technician, holds that this story is only a rumor. “The projectionist was behind me. The projector — it was [an-Italian made] Victoria — overheated and caught fire. His hands and body were completely burned,” Fateh said.

Fateh escaped with burns to his feet. Is he traumatized still? “No, I am Superman,” he responded with a toothy grin.

Whatever the truth, local authorities do little to discourage long-held convictions about the reasons for the inferno and the Amude tragedy has become a rallying point in Kurdish nationalist lore.

With the Syrian government’s withdrawal from the Kurdish-majority areas in 2012, commemorative events were held for the first time across the Kurdish-dominated areas in Syria and beyond. A memorial has been erected at the site of the fire. 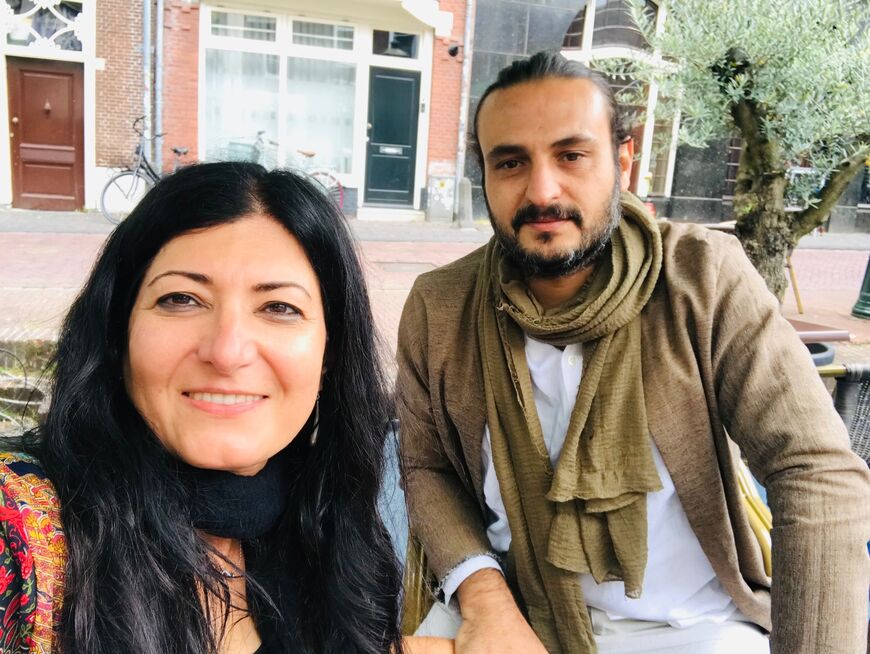 Steering the center away from politics is one of the many challenges Shekhmous and Abdulfatah face. “If you connect to one side, you cannot connect to the other side,” she said.

The other big challenge is financing. The couple’s savings are running dry. In order to cover costs, they opened a restaurant in the courtyard where delicious Syrian mezes and kebabs are served with piping hot flat breads. The cozy atmosphere — and variety of beers — are drawing a growing number of foreign aid workers as word of Kulturvan spreads.

“That is our biggest dream,” Abdulfatah said. And what if the Syrian regime reclaims control of Amude?  “We don’t live our lives in fear,” Shekhmous said. “Whatever happens, happens.”