Despite its close alliance with the hard-line president, the parliament seemed to have bowed to public arguments that the nominee was unfit for the key post. 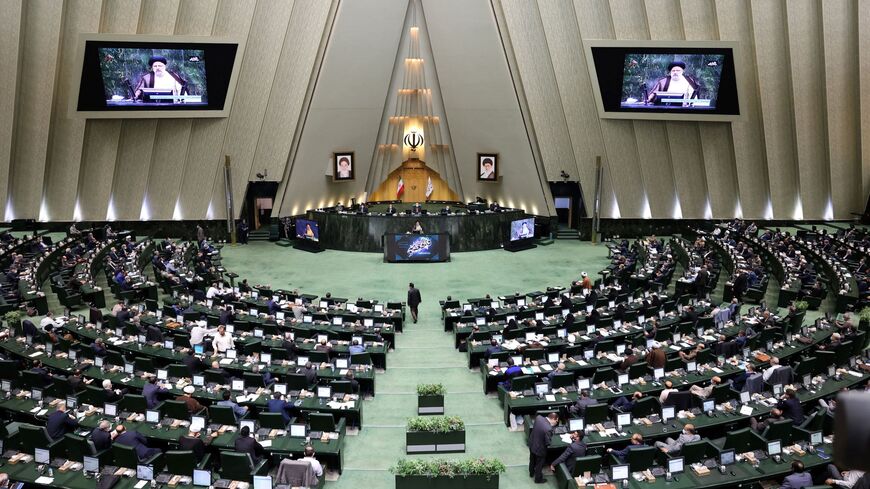 After a heated parliamentary session Nov. 16, Iranian lawmakers refused to give a vote of confidence to Masoud Fayyazi, who had been proposed by hard-line President Ebrahim Raisi to run Iran's Education Ministry.

The 46-year-old conservative jurisprudence expert fell short by 16 votes of the required threshold of approval from half of the 260 present lawmakers.

The vote came as little surprise. It was preceded by an internal meeting of the parliament's Education Committee where Fayyazi's nomination was rejected over his "lack of experience."

"He has not even worked as a principal at a small primary school in the remotest towns and is [thus] incapable of sorting out the educational system's problems," said conservative parliamentarian Jalil Rahimi ahead of the vote. The statement echoed growing concerns about the nominee's "incompetence" already raised by other politicians, critics and teachers.

A minimum five-year teaching experience is required by Iranian law for the position of a school principal. With such a rule strictly applied to ambitious teachers, many Iranians wondered how in the absence of the needed background, Fayyazi had still been proposed by the president.

In a last-minute address to parliament, Raisi attempted in vain to save his pick, declaring that Fayyazi had beaten some 20 other contenders.

A former deputy of the Iranian Parliament's Research Center, Fayyazi is believed to have acted as one of the key architects of a contentious bill aimed at imposing severe curbs on Iran's social media.

Across those very social media platforms, the Fayyazi nomination also stirred up a parallel debate on favoritism. Many pointed out his family association with Alireza Zakani, Tehran's hard-line mayor and a close ally of the president.

The no-confidence vote marked a deadlock over the fate of the vital Education Ministry position, which has remained vacant since Raisi's inauguration in August. After the voting session, Parliament Speaker Mohammad Bagher Ghalibaf advised the Iranian president to promptly come up with his new nominee.

Whoever becomes the next education minister, they will have to brace for a multitude of challenges. The pandemic-hit country has seen its schools almost entirely shut for nearly 20 months, during which the poor infrastructure for the alternative online learning scheme has exposed serious deficiencies.

Next to that, the new education minister will be overwhelmed with accumulated demands expressed in recent nationwide sit-ins by thousands of teachers, whose livelihood is being relentlessly squeezed by strains of Iran's sanctions-hit, battered economy.