Meeting one Lebanese official after another, Iran's top diplomat announced substantial pledges for Lebanon's energy crisis, as foreign players are jostling each other for influence in the Arab country. 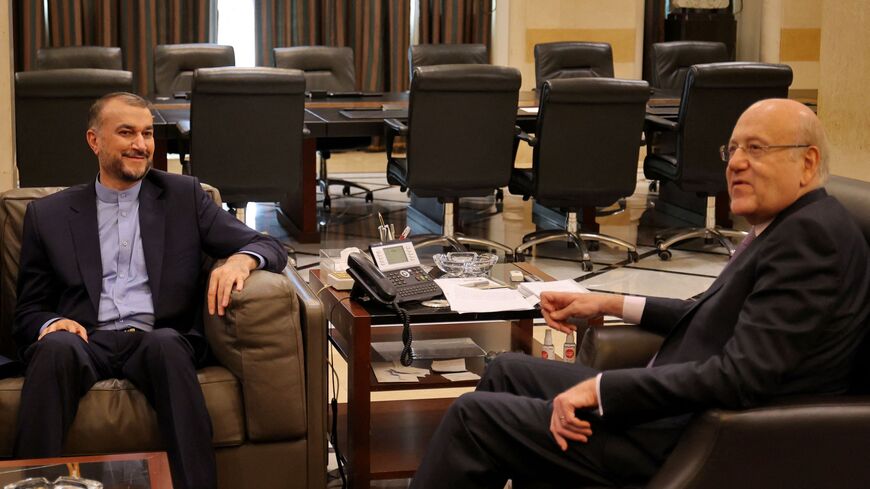 Iranian Foreign Minister Hossein Amir-Abollahian promised "the construction of two power plants within a period of only 18 months" to help Lebanon overcome an electricity crisis, which has disrupted much of public life and is bringing the country to its knees.

During a joint news conference with his Lebanese counterpart, Abdallah Bou-Habib, the Iranian minister declared that firms from his country were ready to reconstruct Beirut Port, which fell to almost a complete pile of ash following the August 2020 deadly explosion.

Amir-Abdollahian also met with Lebanon's President Michel Aoun, newly appointed Prime Minister Najib Mikati and Parliament Speaker Nabih Berri. Upon arrival in Beirut, he said Tehran "will not spare any effort" for the "brother nation" to overcome its hardships. The hard-line minister also spoke of "fresh proposals" to help Lebanon "break its economic siege," but did not elaborate further.

Iran has by and large maintained friendly ties with Lebanese administrations, but has also been accused of interfering in the country's domestic affairs through the Hezbollah movement. The armed Shiite group has also not shied away from declaring its ideological allegiance with and financial dependence upon the Islamic Republic.

The movement — designated as a terrorist organization by the United States — has been at the receiving end of fuel shipments from Iran and destined for Lebanon in the past two months. The latest such shipment in convoys of tanker trucks departed from the Syrian border and was heading toward the Lebanese soil as the Iranian foreign minister was sitting down with Lebanese politicians.

Hezbollah supporters have applauded the deliveries as a failure of American sanctions against Iran and Syria. Yet not everyone seems to have shared the same approach. The shipment in late September was lamented by Prime Minister Mikati as "violation of Lebanon's sovereignty." The sitting Lebanese government appeared to have been sidelined from the entire process.

The same sentiment was expressed by a group of Lebanese activists, who protested against the Iranian foreign minister ahead of his arrival. The visit, they argue, falls within "the Iranian project of influence in Lebanon."