A new waste management facility in Gaziantep aims to help the city cope with the challenges of half a million Syrian refugees, but it is unlikely to fix the growing local resentment toward them. 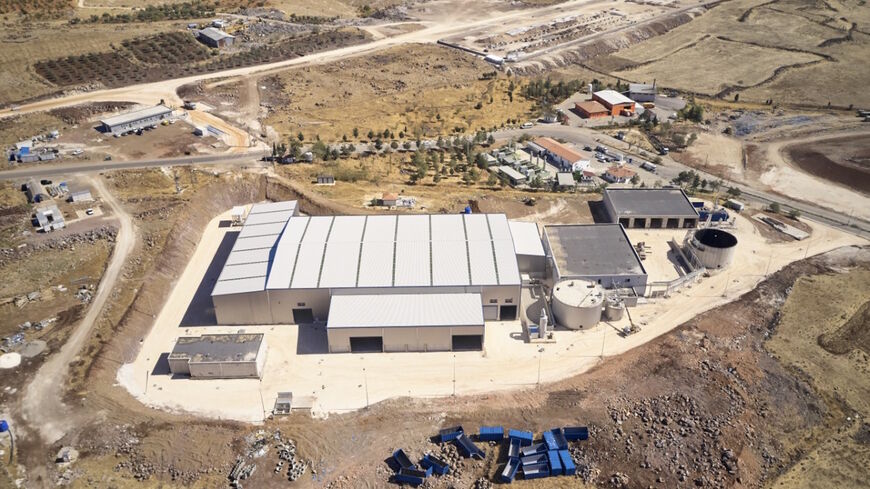 The waste management facility in Gaziantep, the largest of its kind in Europe, aims to help the city cope with an increase in waste following the Syrian influx. - UNDP

GAZIANTEP — With Turkish and EU flags everywhere and a band playing, Gaziantep Mayor Fatma Sahin, flanked by EU and UN representatives, cut the ribbon of an EU-funded waste management facility earlier this week, providing a rosy picture of cooperation amid tense EU-Turkey ties.

The $10 million Mechanical Biological Treatment and Biogas Facility, one of the largest of its kind in Europe, aims to help the municipality cope with waste, after the city’s population swelled with half a million Syrians — the second-largest Syrian community in Turkey after Istanbul.

Gaziantep, a historical trade and cultural center located on the border with Syria, traditionally had strong socioeconomic ties with Aleppo. What started in 2011 with 252 people from Aleppo reached 450,000 Syrians under temporary protection within 10 years. The locals of this southeastern metropolis of 2.2 million now point out that one in four people on the streets is Syrian.

“The city’s waste has increased by 25%,” Sahin, a native of the city who was handpicked by President Recep Tayyip Erdogan to run for mayor in 2014, said at the ceremony on Sept. 5. “The facility will help us deliver essential public services. But more than that, it will show that we can manage other challenges posed by the sudden expansion in the city’s population.”

Sahin extended her thanks to the EU for funding and the UN Development Programme for the construction of the plant, but she firmly repeated the government’s line that the bulk of the refugee burden had been on Turkey, both socially and politically, while “others erected walls and fences.”

“We have chosen to open our city to those who have fled a dictator killing his own people … and now, we are working to implement a model of living together without radicalization and racism, without [forcing the refugees to live in] ghettos until they return home,” she said. “If the president’s proposal of creating a safe zone in Syria had been realized early on, the problems would not have reached this dimension.”

“Turkey has demonstrated remarkable hospitality in hosting nearly four million Syrians fleeing civil war in their own country,” Nikolaus Meyer-Landrut, the head of the EU delegation in Turkey and a former counselor of outgoing German Chancellor Angela Merkel, acknowledged. “We recognize the stress this influx has put on host communities across Turkey. That is why we have invested in municipal waste management in Gaziantep as part of our broader €6 billion [$6.9 billion] assistance program.” The 27-member bloc committed to extending a 3-billion-eruo ($3.5 billion) package earlier this year.

Both Meyer-Landrut and UNDP resident representative Louisa Vinton underlined that the facility would also help Turkey in meeting the commitments of the Paris Agreement, which was ratified by the Turkish Parliament Sept. 6 amid political bickering. Turkey was the last G20 country to do so.

“I am very happy that Turkey is ratifying the Paris Agreement but all is in implementation. We in Gaziantep are doing our share — from creating a large metro line to reduce the greenhouse gas emissions from cars to replacing coal with natural gas for heating,” Sahin said in response to Vinton’s flattering reference to Gaziantep as “a global model of being green and being inclusive.”

The facility will generate energy from biodegradable waste, separate recyclables such as metal and plastic and will have an annual output of 4,100 megawatt hours of electricity, which can power 250,000 homes. It will reduce Gaziantep’s annual greenhouse gas emissions by 9,309 tons of CO2, according to the information provided by the UNDP.

The Gaziantep plant is the largest of eight waste management facilities funded by the EU and constructed by the UNDP in southeastern Turkey since 2018 in areas hosting large numbers of Syrians. Another is a wastewater plant in Hassa, a small town in Hatay province. Before the plant was built, sewage was released directly into the Tiyek Stream.

But the EU-supported infrastructure projects cannot quell the brewing anti-refugee grievances on the ground. On the sidelines of the ceremony, along with diplomatic niceties, many of the city’s leading residents signaled that the hospitality toward the half-million Syrians was wearing thin.

“Mayor Sahin made it very clear to the UN and the EU representatives that the city has mobilized all its means to provide food, shelter and education to the Syrian newcomers, but it is time that the Syrians started heading home,” said one of the attendees who asked Al-Monitor to refer to him as “a concerned Gaziantep citizen.”

“Ten years is a long time to host people under temporary protection,” he said in a line echoed by local members of the ruling Justice and Development Party.

“The ‘temporary protection’ status created in Turkey for newcomers from Syria is part of the problem itself. After 10 years, we still maintain it — and that is why the protection programs are still not fully centered on social cohesion or integration,” according to Kemal Vural Tarlan, the coordinator of the Gaziantep-based Kirkayak Migration and Cultural Studies Center.

Tarlan said that the Syrian community was alarmed by the government’s tougher line in 2019 and some had signed voluntary deportation papers. “But some of those who left Turkey came back though they knew that they’d lose their temporary protection status. Syria is not a safe country to return to. Those who have returned face torture and harassment, according to the latest Amnesty International report,” he told Al-Monitor.

Tarlan said that Syrians in Gaziantep are skilled in textiles, shoe-making and the plastics industry, which helped them integrate into the city’s economy as cheap labor. Others, he said, have opened their own small businesses. “The resentment toward the Syrian refugees was exacerbated by the COVID-19 pandemic, the economic woes and the rising rhetoric of hatred, but despite it all, they are likely to stay,” he said. “But it is unlikely that you will see similar scenes to the violence in Altindag," a low-income neighborhood in Ankara where a fight between Syrians and Turks ended with one dead and several wounded, "mainly because the communities live side by side with little interaction.”

A stone’s throw away from Kirkayak, the newly established nationalist Victory Party, whose chair Umit Ozdag is one of Turkey's most vocal anti-refugee orators, is opening a local branch and distributing reports on the high cost of Syrian refugees in Turkey, not just in economic terms but also concerning security and social harmony. “The party’s policy is to have the Syrians go home within a year,” Murat Kanli, a sympathizer of the party, told Al-Monitor. “We are not racists, but we no longer want to share Turkey’s and this city’s resources with them.” 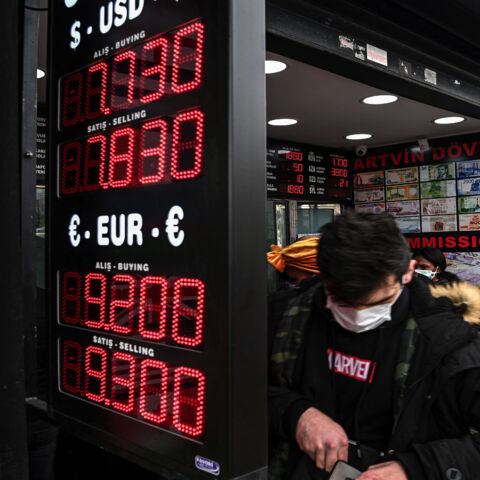 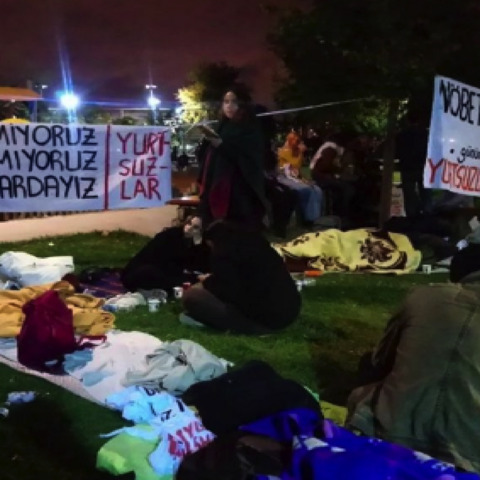