The Islamic Revolutionary Guard Corps did not say what caused the fire. 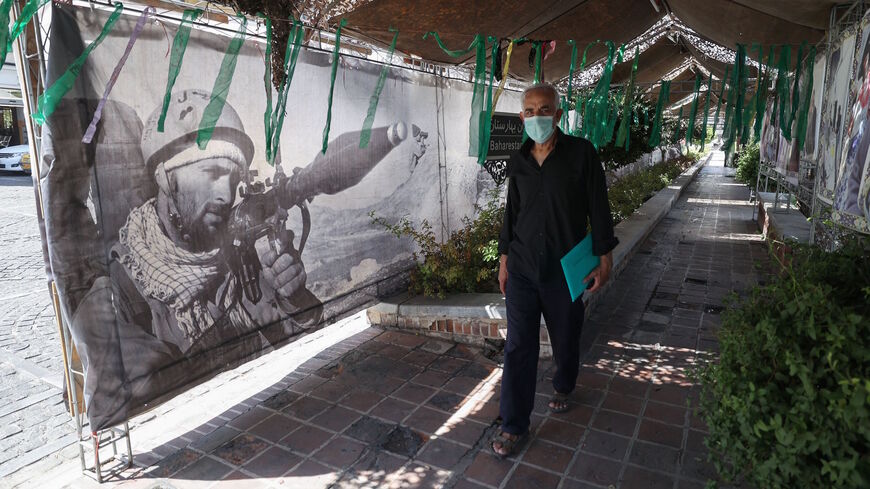 An Iranian man walks past banners at a street exhibition by Iran's army and paramilitary Revolutionary Guard force to mark the 41th anniversary of the start of 1980-88 Iran-Iraq War at Baharestan Square in Tehran, Sept. 25, 2021. - ATTA KENARE/AFP via Getty Images

An elite Iranian military force reported a fire at one of its facilities Sunday night.

The fire broke out at a research center belonging to the Islamic Revolutionary Guard Corps (IRGC) in the west of the capital Tehran. Three personnel were injured and firefighters extinguished the blaze, the official Islamic Republic News Agency reported. The agency did not report what caused the fire.

The semi-official Tasnim News Agency reported Monday that two of the injured individuals died from burns they sustained in the fire.

Iranian authorities often accuse Israel of being behind apparent sabotage incidents throughout Iran. In June, a nuclear facility northwest of Tehran sustained structural damage. The Iranian government ultimately attributed the event to Israeli sabotage. In April, Iran accused Israel of causing an explosion at the Natanz nuclear facility.

On the other hand, some fires in Iran appear to not be connected to attacks. Officials said a June fire at an oil refinery south of Tehran was not the result of sabotage.