Iran wants to become a permanent member of the Eurasian alliance, of which Turkey is also a partner. 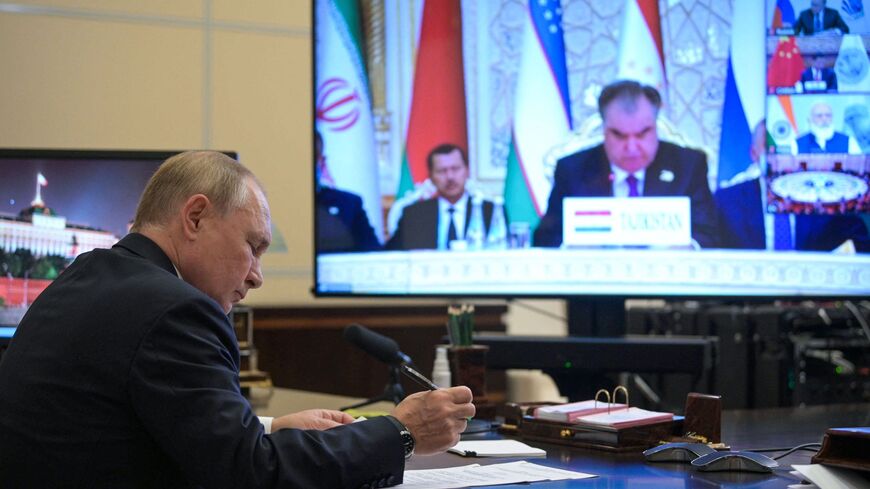 Heads of member states of the Shanghai Cooperation Organization meet via video link at the Novo-Ogaryovo state residence outside Moscow on Friday. The meeting admitted Iran to the group as a full member. - ALEXEY DRUZHININ/SPUTNIK/AFP via Getty Images

The Shanghai Cooperation Organization works to ensure security, trade and other forms of cooperation across Eurasia. China, Russia, India, Pakistan and several former Soviet countries in Central Asia are members. Turkey, among others, is also a dialogue partner of the group.

The alliance is governed by consensus, and its bodies lack the legal status to enforce decisions, making it function more like a forum. Iran first became interested in joining in the early 2000s. China was reluctant at the time due to international pressure on Iran’s nuclear program, according to a September report from the Washington Institute for Near East Policy. Iran was previously an observer member of the organization.

Iran has close relations with both China and Russia. In March, Iran and China signed an economic cooperation deal. Russia and Iran align on a number of issues, including support for the Syrian government in the civil war. Both China and Russia are parties to the Iran nuclear deal.

This year’s Shanghai Cooperation Organization summit will focus on fighting COVID-19 and other areas for collaboration between the states, according to the Islamic Republic News Agency.

Editor's note: this article was corrected to indicate that Iran's application to join the Shanghai Cooperation Organization was approved.