A French court last year sentenced Rifaat al-Assad to four years in prison and ordered the forfeiture of his French real estate assets. 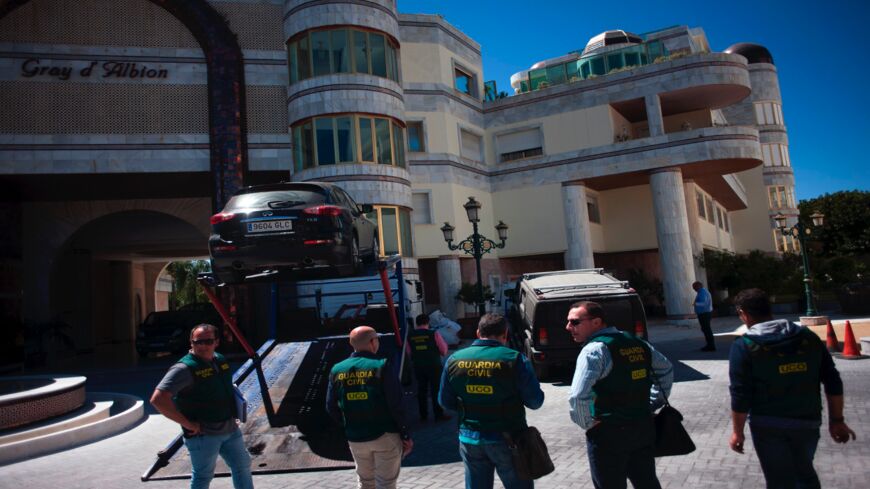 Members of the Spanish Guardia civil stand near vehicles seized during a raid targeting assets of the family of Syrian leader Bashar al-Assad in the Puerto Banus marina area of the plush resort of Marbella on April 4, 2017. The raids, a result of a corruption investigation launched in France against Assad's uncle, Rifaat al-Assad, have seen the assets of Rifaat al-Assad and his family in Spain valued at 691 million euros ($736 million) seized. - JORGE GUERRERO/AFP via Getty Images

The Paris Court of Appeals on Thursday confirmed the conviction of an exiled uncle of Syrian President Bashar al-Assad who last year was found guilty of money laundering and aggravated tax fraud.

French judges in June 2020 convicted Rifaat al-Assad, 84, of embezzling Syrian public funds to expand his vast property portfolio in France, where he now lives. Assad was sentenced to four years in prison, which Agence France-Presse reports he may not have to serve given his advanced age.

The lower court last year also ordered the forfeiture of his estimated $106 million worth of French real estate assets, including two Paris townhouses, a chateau and a number of lavish apartments. Assad says his fortune was acquired “perfectly legally” and mostly gifted to him by the Saudi royal family in the 1980s.

The former Syrian vice president fled to Europe in 1984 with his four wives and 16 children after a failed attempt at overthrowing his older brother, then-President Hafez al-Assad. Before that, he earned the nickname the “Butcher of Hama” for his role overseeing the killing of thousands in a 1982 uprising in central Syria.

Assad denies any involvement in the Hama massacre and says he opposes the current regime led by his nephew.

The case against Assad dates back to 2013 when French anti-corruption group Sherpa filed a lawsuit against him.

Sherpa and another anti-corruption group, Trial International, have called on French President Emmanuel Macron to withdraw the Legion d'Honneur medal controversially awarded to Assad by Francois Mitterrand in 1986.