Some of the companies that will present weapons at the fair are from countries Turkey has difficult relations with. 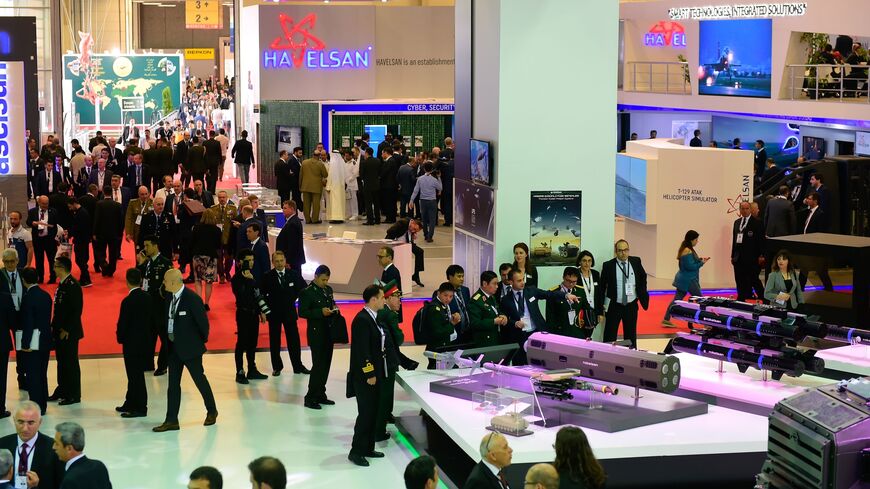 People look at weapons and other examples of military technology on May 9, 2017, during the opening day of the 13th International Defense Industry Fair in Istanbul. - YASIN AKGUL/AFP via Getty Images

Turkey will host a major defense industry fair next week.

The International Defense Industry Fair 2021 will run from Aug. 17-20 in Istanbul under the auspices of the Turkish Presidency and Turkish National Defense Ministry, the official Anadolu Agency reported Wednesday.

The participating companies come from several countries, including some Turkey does not have good relations with such as the United Arab Emirates, Israel and France. Turkey and the UAE were on opposite sides of the Libyan civil war that ended last year. Turkish-Israeli relations have been strained for years. Turkish President Recep Tayyip Erdogan also had a public rift with France last year.

Exhibitors from the United States and Russia will also attend the fair, among many others. The United States, which is a NATO ally of Turkey, remains adamantly opposed to Turkey’s purchase of the Russian S-400 air defense system.

The International Defense Industry Fair has been held annually for several years. The Turkish defense industry has used the event to showcase new defense, maritime, space and other products in the past.