The prime minister's office has reportedly requested that Benjamin Netanyahu return 42 gifts from President Barack Obama, President Vladimir Putin and other foreign leaders that he received during his 12-year tenure. 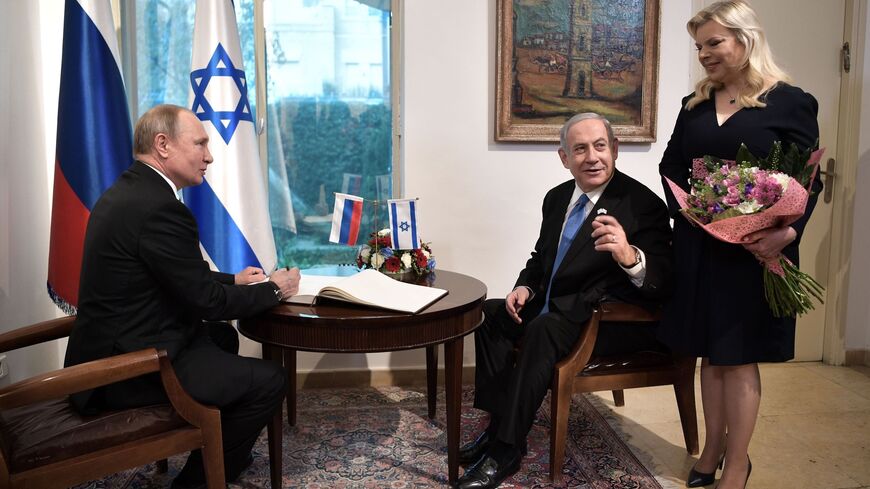 The Israeli government is requesting that former Prime Minister Benjamin Netanyahu and his wife Sara return a stash of gifts from foreign leaders that belong to the State of Israel, but Netanyahu’s office says they are no longer in his possession.

The Ma’ariv newspaper reports that Netanyahu, whose reign as Israel’s longest-serving premier ended in June, did not return the items when asked by the legal adviser in the prime minister’s office, Shlomit Barnea Farago.

“At the conclusion of your term as Prime Minister you were supposed to return all of the gifts you received during your term … in the condition in which they were given, barring reasonable wear and tear due to the passage of time,” Barnea reportedly wrote.

A senior Israeli official confirmed to the Associated Press that the prime minister's office contacted the former premier to return the gifts he collected during his 12 years in power.

The list of 42 state gifts reportedly include a plate from former US First Lady Melania Trump, a glass box from President Barack Obama and an antique Bible from Russian President Vladimir Putin. Also among the gifts is a signed copy of former President Donald Trump’s order to transfer the US Embassy to Jerusalem.

Under Israeli law, gifts from foreign leaders that are valued over $90 are considered property of the Israeli government. During a prime minister’s tenure, gifts can be displayed in the leader’s office or official residence, but Netanyahu was required to return them after leaving office.

A Netanyahu spokesperson said the couple had returned all of their gifts and that those “in question are not in the possession of former Prime Minister Netanyahu.” The statement called the Ma’ariv report “an attempt to create a fictitious episode to distract the public from the NIS 23 million [$7.15 million] spent on renovating the private residences of [Prime Minister Naftali] Bennett and [Alternate Prime Minister Yair] Lapid.”

This isn’t Netanyahu’s first gift scandal. Netanyahu was indicted last year on charges of bribery, fraud and breach of trust. The investigation alleges Netanyahu accepted cigars, champagne and other gifts from wealthy businessmen and offered bribes in exchange for favorable media coverage. After his electoral defeat in 1999, police accused the then-one-term prime minister of removing $100,000 worth gifts from his official residence. The Jerusalem prosecutor ultimately closed the case, citing a lack of evidence.

The latest gift allegations emerged as Netanyahu vacationed on the Hawaiian island of Lanai. The former Israeli leader reportedly dined with Oracle billionaire Larry Ellison, a key witness for the prosecution in Netanyahu’s ongoing corruption trial.