With the four-day tournament, Dubai is hoping to bolster its reputation as a destination for snow sports enthusiasts. 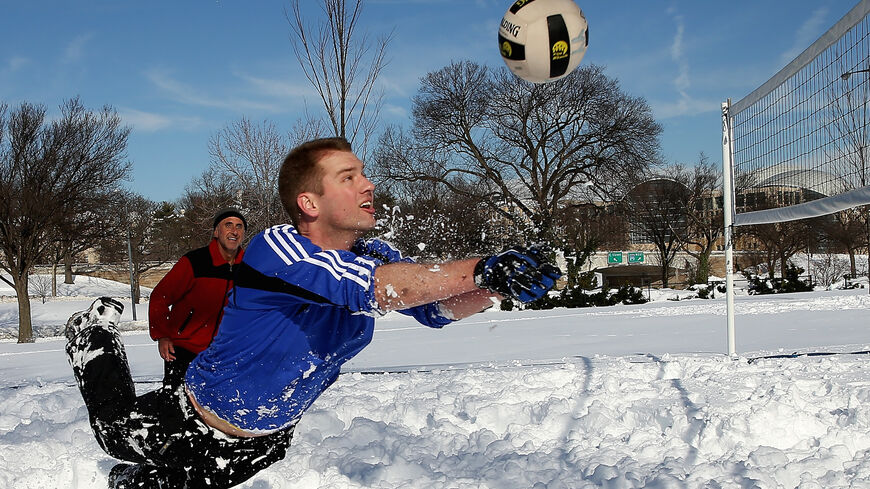 Scott Behrens dives for the ball during a game of volleyball with friends in the snow Jan. 25, 2016, in Washington, DC. - Win McNamee/Getty Images

Dubai is gearing up to host the Middle East’s first-ever snow volleyball tournament in October, the Emirati government announced on Monday.

The Dubai Media Center said in a statement that the four-day sporting event will be held under the auspices of the International Volleyball Federation and take place at Ski Dubai, an indoor ski resort that’s part of the Mall of the Emirates.

Developed in Austria in 2008, snow volleyball is a three-player version of beach volleyball and made its Olympics debut as a demonstration sport at the 2018 Winter Games in PyeongChang, South Korea. Snow volleyball has since grown in popularity across Europe and the Americans, and the International Volleyball Federation is pushing for its inclusion as an official winter Olympic sport.

Dubai is preparing for the first snow volleyball tournament under the supervision of the International Football Association organized by Esperia & Ski Dubai in cooperation with the Dubai Sports Council in October 2021
The training for those wishing to participate in Ski Dubai pic.twitter.com/OOzgNvU5Si

The upcoming tournament, which is organized in cooperation with the Dubai Sports Council and Ski Dubai, is aimed at strengthening the city’s “position as the world’s most preferred venue for international sporting events.”

“As the first event of its kind in the Middle East, the tournament will contribute to reinforcing Dubai’s reputation as one of the region’s top supporters of snow sports and a premier destination for snow sports enthusiasts,” the media office’s statement said.

“In an effort to familiarize sports enthusiasts with snow volleyball,” Ski Dubai will offer training sessions at its snowy indoor courts on Aug. 31 and Sept. 1 and 3.

The tournament is part of the Dubai Sports Council efforts to popularize snow sports in the wealthy Gulf country. Later this year, Ski Dubai will hold the UAE Alpine Ski Championship, UAE National Ski and Snowboard Freestyle Championship and the 12th edition of Ice Warrior Challenge.

Last August, Ski Dubai served as the venue for what it described as one of the world’s first socially distant snow sports competitions, drawing skiers and snowboarders from dozens of countries.