Who is Masih Alinejad, target of an alleged Iranian kidnapping plot?

Prosecutors say the four Iranian defendants plotted to forcibly take the Brooklyn-based author and activist to Iran where her "fate would have been uncertain at best.” 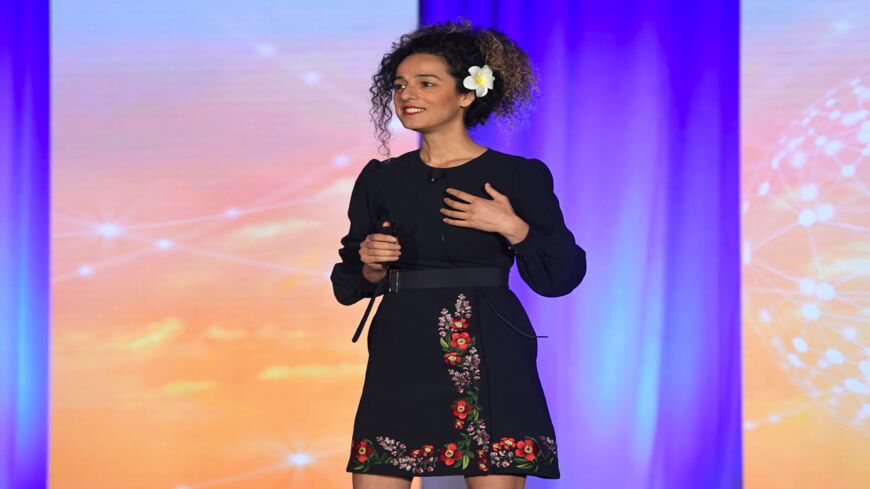 Masih Alinejad, a prominent Iranian-American author and women’s rights activist living in the Brooklyn borough of New York City, confirmed on Tuesday that she was the target of an alleged Iranian kidnapping plot revealed by US federal prosecutors.

Prosecutors in a Manhattan federal court have charged four Iranian nationals with conspiracy to kidnap Alinejad and forcibly take her to Iran “where the victim’s fate would have been uncertain at best.”

The unsealed indictment identified Alinejad only as Victim-1, but she confirmed on late Tuesday that she was the target. She told Al-Monitor in a statement that eight months ago she was contacted by the FBI and warned of a plot against her.

"I receive daily death threats and have come immune to online threats and insults," she said. "However, this time it was different. The agents of the Islamic Republic had employed the services of a private investigator to photograph and videotape me and my family. I was under surveillance for many months."

Alinejad said she is undeterred by the attempted kidnapping.

“I will not give up on my activism, and I will keeping being the voice of the voiceless,” she said in the statement.

Alinejad, 44, hosts a program on Voice of America Persian and has a large social media following with more than 5 million followers on Instagram. Her memoir, “The Wind in My Hair: My Fight for Freedom in Modern Iran,” was published in 2018.

She’s also the founder of a social media movement called My Stealthy Freedom that encourages Iranian women to post pictures of themselves without their mandatory Islamic headscarves. Since 2014, the Facebook campaign has garnered more than 1 million likes.

In 2015, the Geneva Summit for Human Rights and Democracy awarded Alinejad its prestigious women’s rights award for “giving a voice to the voiceless and stirring the conscience of humanity to support the struggle of Iranian women.”

According to her website, Alinejad was jailed at the age of 18 for her writings that criticized the Iranian government. As a journalist in Iran, she wrote for ILNA news agency, Reformist newspaper Hambastegi, and Etemad Melli, a daily paper founded by Reformist politician Mehdi Karroubi.

This is my latest statement for @VOAIran about the Islamic Republic of Iran's Ministry of Intelligence plot to kidnap me from Brooklyn. I'm glad to be alive and appreciate your support.

Spare a thought for many other Iranian dissidents kidnapped and executed by this regime. pic.twitter.com/bts6WR7D5Q

She said she was threatened with arrest for writing articles critical of former Iranian President Mahmoud Ahmadinejad and for exposing government mismanagement and corruption. Her press pass was revoked, and in 2009 she fled her home country.

In August 2020, she penned a Washington Post essay alleging the Iranian government had launched a social media campaign calling for her abduction. She described her ordeal as “horrifying” but not entirely unexpected, writing that “hostage-taking is in the DNA of the Islamic Republic.”

Prosecutors say that in 2018 Iranian officials tried to persuade Alinejad's relatives to lure her to a third country for the apparent purpose of having her arrested and brought to Iran. Her relatives refused to assist the officials.

Writing in a 2018 New York Times opinion piece, Alinejad described the Iranian government’s attempts to intimidate her family in their village in northern Iran, which reportedly included sending Intelligence Ministry officers to visit her elderly parents at their home.

“At one point they offered to arrange a “family reunion” in Turkey. I can only imagine what they had in mind for me,” Alinejad said.

The four Iranian nationals charged by federal prosecutors, including Iranian intelligence official Alireza Shavaroghi Farahani, are based in Iran and remain at large. A fifth person, Niloufar Bahadorifar, was charged with sanctions violations conspiracy, bank and wire fraud conspiracy, money laundering conspiracy and structuring charges. She was arrested in California and released on bail.