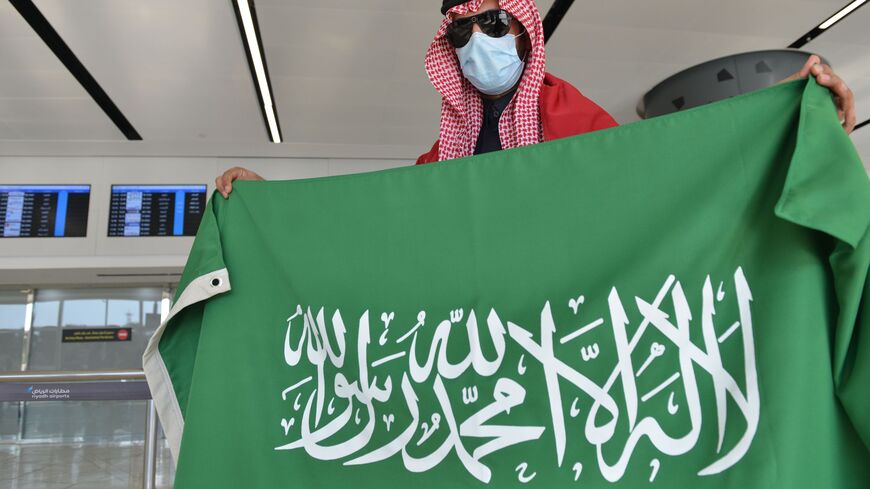 A Saudi man carrying Qatari and Saudi flags waits for the arrival of relatives at King Khalid International Airport in the Saudi capital Riyadh on the first commercial flight from Qatar on Jan. 11, 2021. - FAYEZ NURELDINE/AFP via Getty Images

Saudi Crown Prince Mohammed Bin Salman has announced plans for a second national airline as part of his push to diversify Saudi Arabia’s oil-dependent economy and transform the kingdom into a global logistics hub.

With the addition of a second airline, travelers in Saudi Arabia will be able to reach more than 250 destinations and the country will double its air cargo capacity to more than 4.5 million tons, the Saudi Press Agency reported on Wednesday.

Saudi Arabia’s de facto ruler offered no details on the planned airline, but said it will “help other sectors like tourism, hajj and umrah to achieve their national targets.”

Along with building a new airline, the news agency reported the kingdom is looking to expand Saudi Arabia’s rail network and increase the transportation sector’s contribution to the GDP from 6% to 10%.

In 2016 the crown prince announced Vision 2030, an ambitious series of socioeconomic reforms aimed at modernizing Saudi Arabia and making Gulf monarchy more attractive to investors and tourists. Under the plan, Saudi Arabia is seeking to attract 100 million yearly tourists by 2030 — six times the number of visitors in 2019.

Earlier this year, local media outlets reported Saudi Arabia was considering building a new airport in Riyadh as part of the tourism push. Bloomberg reported last week that the proposed airline will be used mainly by tourists and business travelers and the state-owned carrier based in the Red Sea city of Jeddah would cater to religious tourism.

The kingdom’s biggest airline, the state-owned Saudi Arabian Airlines, has struggled financially amid a decrease in air travel caused by the pandemic. In May, its chief executive officer said the airline could reach profitability by 2024.