Heated protests broke out across the West Bank after Friday prayers. 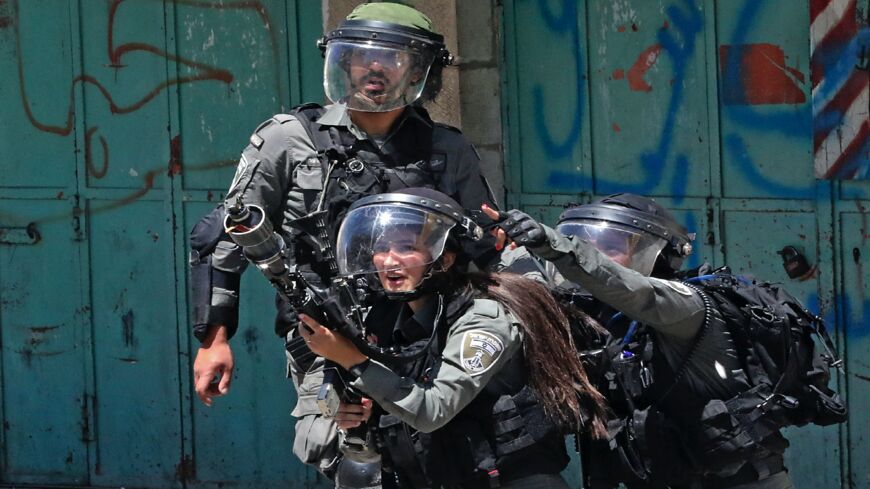 A member of the Israeli security forces fires tear gas at Palestinian protesters, during confrontations with them in the occupied West Bank city of Hebron, on May 14, 2021. - HAZEM BADER/AFP via Getty Images

Seven Palestinians have been killed so far on Friday in the West Bank, as the conflict between Israel and Gaza continues, the Palestinian Health Ministry said.

In the northern West Bank, 26-year-old Yousef Mahdi Manasrah was shot dead during clashes with Israeli security forces amid a protest near the village of Yaabad near Jenin, according to Wafa news agency.

Another two men were shot during separate demonstrations in the Salfit district between Ramallah and Nablus.

Three Palestinians were also injured and another shot dead by Israeli forces during a confrontation with Israeli settlers in the village of Urif outside of Nablus. Another man was shot by Israeli security forces outside of Jericho. Further details of that incident remain unclear.

Protests erupted across the West Bank and in neighboring Jordan this week against the Israeli bombing of Gaza and continued occupation of the West Bank.

More than 100 people have been injured so far in clashes across the occupied West Bank on Friday, the Palestinian Red Crescent said. Initial reports from local journalists suggest Israeli forces have used live ammunition at some of the clashes.

In Jordan, where a majority of the population are descendants of Palestinian refugees, authorities dispersed hundreds of pro-Palestine protesters near the Allenby (also known as King Hussein) Bridge border crossing on Friday.

The conflict between the Israeli military and Palestinian militant groups in Gaza broke out on Monday when Hamas launched barrages of rockets into Israel in response to an Israeli police raid on Al-Aqsa Mosque and Israeli settlers’ attempted expulsion of Palestinian families from an East Jerusalem neighborhood.

Israel responded swiftly with airstrikes targeting Hamas and Palestinian Islamic Jihad personnel in the densely populated and blockaded Gaza Strip. More than 120 Palestinians have been killed in the violence, including 31 children and 20 women, Gaza’s Health Ministry said. More than 900 have also been reportedly injured.

At least seven Israelis have died as a result of the fighting, with more than 200 reported injured.

The violence has stalled flights into Israel’s Ben Gurion Airport near Tel Aviv and prompted a routine US military delegation to leave the country early.

The UN Security Council is set to convene Sunday to address the conflict.