Narges Mohammadi, known for her long struggle for human rights in Iran, said prison authorities and interrogators regularly use sexual harassment and abuse as a tool to break dissident women in custody. 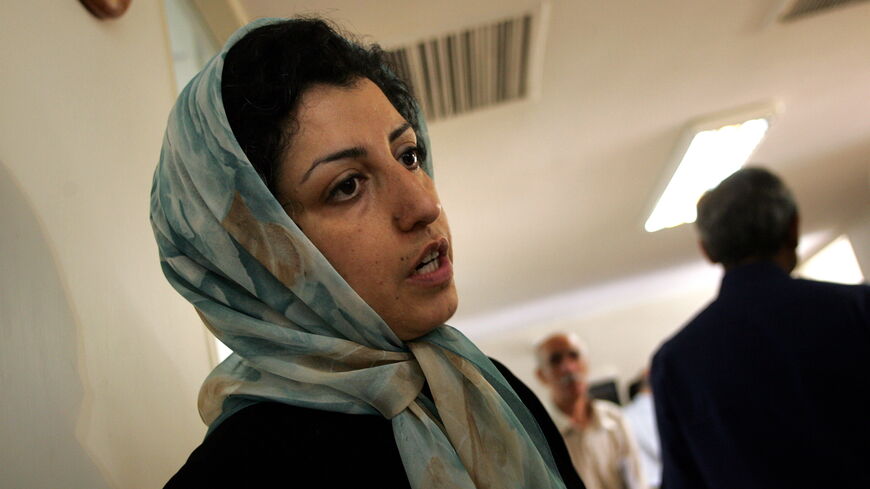 "It is a targeted practice. The interrogators are given special training to systematically break the morale of jailed women," stated Iranian rights advocate Narges Mohammadi. She was recounting details of how dissident women are subject to various forms of mistreatment during interrogation by Iran's Intelligence Ministry and the Islamic Revolutionary Guard Corps.

Addressing a meeting on the social media platform Clubhouse, Mohammadi reported physical mistreatment at the hands of male interrogators and guards. She noted that such practices are not limited to secular women and said religious prisoners are not spared.

The internationally renowned rights advocate detailed the case of one such woman who reported being harassed and humiliated by her interrogator. "Take this cash and sleep with me, too," the detainee said she was told by the intelligence officer. Another prisoner, according to Mohammadi, "fell mentally ill" after being "groped" by her interrogator.

For over 22 years, Mohammadi has been defending women's rights and fighting Iran's death penalty, a struggle that has seen her behind bars several times. Only last week, she was handed her latest sentence of 30 months and 80 lashes for "propaganda against the Islamic Republic," among other charges.

The new verdict was prompted by her activities in prison, where she was already serving a jail term. Mohammadi had organized a sit-in against the Islamic Republic's deadly crackdown on nationwide protests in November 2019. She vowed at the Clubhouse meeting to defy the new verdict and refuse to appear to jail, and added that she wouldn't appeal what she sees as an absurd ruling.

As Mohammadi recounted the torture details, others' old scars were reopened. Other traumatized women spoke out about their own ordeals of sexual torture in Iranian custody. One said she had been raped by three security officers in the desert outside the central city of Isfahan nearly 30 years ago. Based on reports from human rights organizations and testimonies from former prisoners, Iranian intelligence forces habitually rape female political prisoners, especially those on death row. Such abuse was rampant during the notorious crackdown in the 1980s.

Mohammadi's statements came as Iran is to elect a new president in three weeks' time, in a vote widely expected to be marred with public apathy. In the one-sided battle among a select group of hard-line candidates, none have addressed human rights grievances in their campaigning.

And the man set for a landslide win is Chief Justice Ibrahim Raisi. He is one of three in a panel of judges who sent to the gallows thousands of dissidents during a nightmarish summer back in 1988.