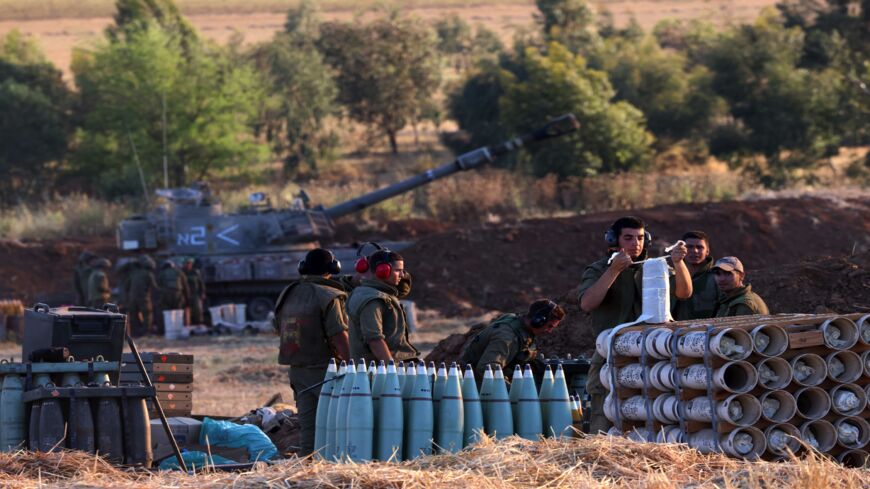 Israeli soldiers prepare a 155 mm self-propelled shell to fire toward the Gaza Strip from their position near the southern Israeli city of Sderot on May 13, 2021. Israel deployed additional troops to Gaza's border as the military conflict with Palestinian Islamists raged on, while inside Israel security forces scrambled to contain deadly riots between Jews and Arabs. - EMMANUEL DUNAND/AFP via Getty Images

Israel’s army is deploying near the border of the Gaza Strip in preparation for a potential ground invasion of the beleaguered Palestinian enclave.

The Israel Defense Forces (IDF) called up an additional 9,000 reserve soldiers on Thursday in what Defense Secretary Benny Gantz called an “exceptional” mobilization.

The three brigades are now preparing for a potential ground incursion at a division headquarters under Israel’s Southern Command, IDF spokesman Lt. Col. Jonathan Conricus told reporters. The IDF is preparing to present plans for a potential incursion to Israel’s government for approval.

Hamas proposed a conditional cessation of hostilities yesterday, but the offer was rejected by Prime Minister Benjamin Netanyahu’s government.

Israel’s Security Cabinet approved additional operational plans for the coming days in a move bound to escalate the campaign against the Palestinian militants.

“We are in the middle of our offensive. It is becoming more powerful and increasing because there are a lot of things we wish to achieve in this operation,” Israel’s Settlement Affairs Minister Tzachi Hanegbi said Thursday on Israel’s Army Radio.

Hanegbi is a member of Israel’s Security Cabinet, which approved additional operational plans against the Palestinian militants on Wednesday night after Israel rejected the cease-fire.

“The campaign is still far from over,” a Cabinet member told Israel’s YNet news. “Whatever we don’t do now, we will have to do in six months or a year from now,” the unnamed official said.

“This will not end in the next few days. … When we have hit all our targets and the other side has still not surrendered, we will launch a ground operation even though we do not seek it,” said the official.

The killing of senior Hamas commanders was “only the beginning,” Netanyahu said in a statement, adding the militants will “pay a heavy price.”

Hamas launched renewed barrages of rockets toward Tel Aviv, Beersheba and Eliat on Thursday in retaliation for Israel’s strikes on senior militant officials.

The IDF then retaliated for the renewed fusillades by bombing what it said was a Hamas intelligence center in Gaza with dozens of militant officials inside.

US President Joe Biden called Netanyahu on Wednesday evening to condemn the rocket attacks on Israel and convey US support “for Israel’s legitimate right to defend itself and its people while protecting civilians.”

The White House press release suggested Biden offered Netanyahu an off-ramp, mentioning “the United States’ encouragement of a pathway toward restoring a sustainable calm,” as well as US diplomatic talks with Egypt, Jordan, Qatar and Palestinian officials over the violence.

So far, the diplomatic backchannels have shown little to no sign of progress. The two officials agreed to “stay in touch personally in the days ahead."

Hady Amr, the US State Department's top official for Israeli-Palestinian issues, headed to the region today to urge de-escalation on both sides.