Relentless pleas from international rights groups and members of the Iranian civil society for the release of outspoken journalist Mohammad Nourizad continue to remain unheeded by Iranian authorities. 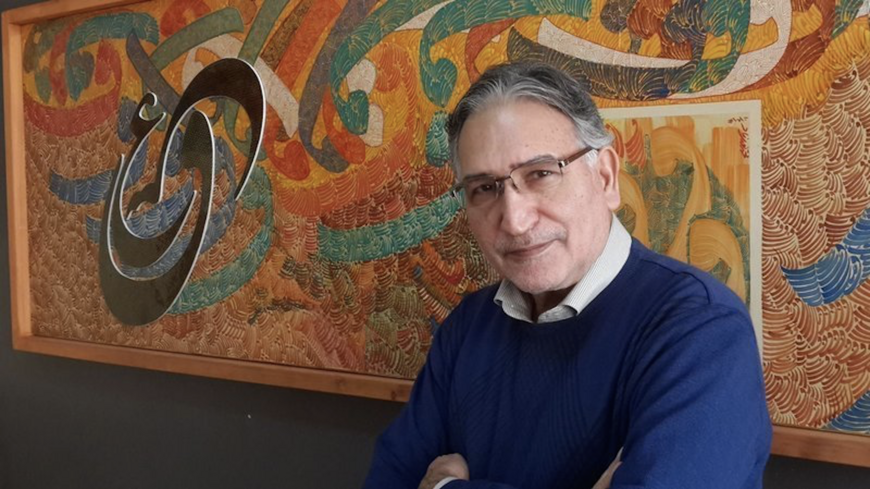 Reporters Without Borders, the Paris-based advocacy organization, joined a growing chorus of Iranians to urge the release of veteran journalist and documentary filmmaker Mohammad Nourizad.

"He is ailing and deprived from the right to treatment. His life is in danger," read a post on the organization’s official Persian Twitter account. The statement accused Iranian authorities of "arbitrarily" imprisoning the 68-year-old activist following an "unfair" trial.

Nourizad, who is known for his scathing criticism against Iran’s Supreme Leader Ayatollah Ali Khamenei, has in the past 11 years repeatedly found prison to be his second home.

Last year, Nourizad and 13 other civil society leaders wrote a public letter to Khamenei, calling for him to step down and pave the way for democratic elections in Iran. Nourizad's signature cost him a 15-year sentence.

According to his family, Nourizad has been subject to different forms of mistreatment that have pushed him to the brink of suicide, multiple hunger strikes and recently self-harm.

Amid mounting evidence that Iranian officials are denying Nourizad medical care despite his deteriorating health condition, a group of advocates and public figures have sounded the alarm in a public letter to judiciary authorities. They warned about a "catastrophe" in the making and blamed the judiciary for any health consequences awaiting the jailed dissident. Among those who signed the statement were internationally recognized lawyer Narges Mohammadi and renowned filmmaker Jafar Panahi.

As of April 21, many other Iranians have also been taking to social media to "save Nourizad" before his “imminent death,” and reminded one another of his “morale” and "fearless" support for the families of other jailed activists during his times out of prison. "He was the voice of political prisoners and the families, who have lost their loved ones. We should be his voice now," wrote Shahnaz Akmali, whose son was shot dead by security forces during protests against Iran’s disputed presidential election in 2009.

The fresh wave of support for Nourizad gathered steam after his family released shocking details about his "36 seizures" in prison. According to his daughter, Nourizad was temporarily taken to a hospital, where he was laid on the floor rather than on a bed. The same account holds that a prison official strangled Nourizad under his knee and forcefully injected him with "eight unknown shots," before chaining him to the legs of a bed. Iranian authorities have not commented on those details. But in past similar cases, they have repeatedly denied mistreatment in prisons and have linked such statements to campaigns by foreign-based opposition media.

Nourizad's ordeal has fuelled fears about yet another death in custody over refusal to offer medical care to Iranian prisoners of conscience. The last known instance involved the case of Behnam Mahjoubi only in February. He was serving time as a political dissident and a member of the Sufi minority of Gonabadi Dervishes.

Mahjoubi’s death was not sudden. It occurred following days of repeated calls from rights groups and activists for urgent medical attention to his worsening health. Iranian authorities took no responsibility for Mahjoubi’s death and forced a speedy funeral on his family under tight security measures.