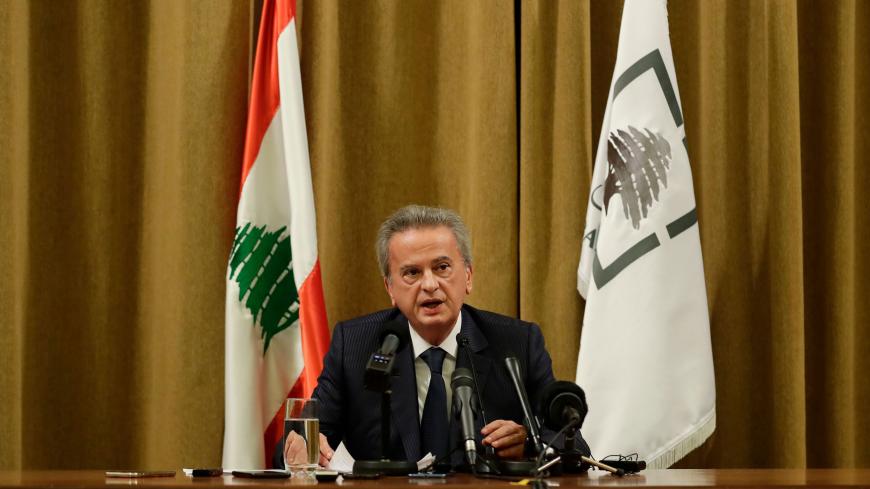 Lebanon’s embattled central bank chief is threatening to sue Bloomberg after the news outlet reported on Thursday that the United States was considering imposing sanctions against him.

Citing four people familiar with the matter, Bloomberg reported that the US administration was discussing with European counterparts the possibility of coordinated sanctions on Riad Salameh, who has run the Middle East country's central bank since 1993.

"The discussion has so far focused on the possibility of freezing Salameh’s overseas assets and enacting measures that would curtail his ability to do business abroad," Bloomberg said.

Washington denied possible sanctions on Salameh, with a State Department spokesperson telling Reuters on Friday that the reports are “untrue.”

Salameh is believed to be a suspect in an ongoing Swiss investigation into possible money laundering and embezzlement linked to the bank. The Swiss public prosecutor’s office hasn’t publicly named Salameh, but Lebanon’s Al Akhbar newspaper reported the probe is looking into whether the bank chief, along with his brother and an assistant, transferred some $400 million out of Lebanon.

Salameh has denied any wrongdoing and has described the allegations as “fabrications.” On Friday, he threatened to sue Bloomberg and its reporter in Beirut, the Daily Star reports.

Lebanon is in the midst of its worst economic crisis since the 1975-1990 civil war, with nearly a third of the population living below the poverty line. The Lebanese pound plunged to a record low on Tuesday of 10,000 to the dollar on the black market.

The small Mediterranean country is still reeling from the massive explosion that tore through the capital, Beirut, in August, killing nearly 200 people, injuring thousands and causing billions of dollars in damage.

Prime Minister Hassan Diab's cabinet resigned in the aftermath of the blast and the country has been without a functioning government since. Years of government corruption and mismanagement, coupled with a lack of basic services, triggered widespread anti-government protests in October 2019. Amid the deepening financial crisis, Lebanon defaulted on its debt for the first time in its history last March.