Japan alleges that a former US Army Special Forces soldier and his son helped the Lebanese businessman and former Nissan head escape the country. 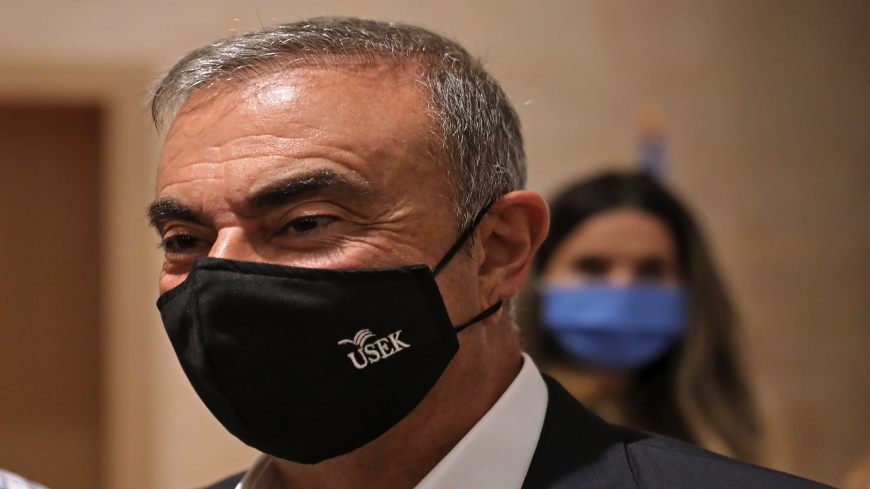 Former Nissan Motor Co. Chairman Carlos Ghosn wearing a protective mask amid the COVID-19 pandemic, talks to journalists after a press conference in the northern Lebanese city of Jounieh, launching a joint initiative with the University of Kaslik (USEK) to help the crisis-ridden country, on Sept. 29, 2020. It is Ghosn's second appearance in public since he was smuggled from Japan in late December 2019 to his ancestral home Lebanon.

Two Americans have been extradited to Japan in relation to Lebanese businessman Carlos Ghosn’s escape from the country.

The Taylors were first arrested in May of last year in the US state of Massachusetts after a Japanese request in relation to Ghosn’s escape from Japan.

Ghosn was CEO of the Japanese car company Nissan from 2001-2017 and chairman from 2001-2018. He was arrested in 2018 in Japan for alleged financial misconduct, which he denied. He was released on bail in April 2019. He then fled to Lebanon via a flight to Istanbul in what later became a highly publicized escape at the end of the same year.

Court documents the Justice Department sent to Al-Monitor allege that the Taylors flew to Japan and helped facilitate his escape.

A lawyer for the Taylors did not immediately respond to Al-Monitor’s request for comment. Their attorneys previously told NBC Boston that their clients denied the charges.

“This distinguished former member of the US Army Special Forces and his son did not commit any crime and are being pursued by Japan in an effort to save face after the departure of Carlos Ghosn from their country,” they said, as reported by the outlet.

A US Supreme Court justice ruled in favor of the extradition in February following an emergency appeal. Japan also named a Lebanese citizen as an accomplice in the escape, according to Agence France-Presse.