India will also join the defense maneuver, according to the Iranian navy. 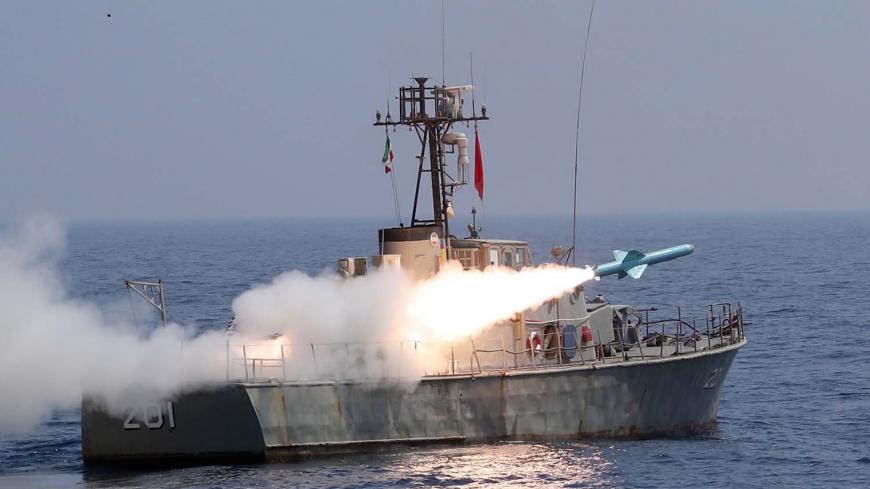 A handout picture provided by the Iranian army's official website on Sept. 11, 2020, shows an Iranian Nasr missile being fired from a navy warship during the second day of a military exercise in the Gulf, near the strategic Strait of Hormuz in southern Iran.

The Iranian military began a naval drill with Indian and Russian forces on Tuesday.

Iran sent a vessel each from the Islamic Republic of Iran navy and the Islamic Revolutionary Guard Corps for the exercise. A Russian flotilla including a small warship and a refueling ship joined them in Iranian waters off the coast of Chabahar in southeast Iran, the state-run Press TV reported.

The two countries will next conduct a defense maneuver in a 17,000-square-kilometer (10,500-mile) area of the Indian Ocean. The drill will focus on sailors’ skills during rescue operations, according to Press TV.

Iran regularly conducts military drills alone on and off its coastline, including in the strategic Persian Gulf. Last week, the military held a war games exercise in the southwest Khuzestan province near the Iraqi border. Some of the exercises focus on a hypothetical war with the United States.

The Russian government said earlier this month that it would participate in the naval exercise in February with Iran and also China in the northern Indian Ocean.

Russia has participated in military training exercises with Iran in the past. In September, the two countries held a combat exercise on the Caspian Sea.

Rear Adm. Hossein Khanzadi of the Iranian navy said that India will also join the exercise with Russia, according to Press TV.