The Jordanian consulate will reportedly be located in Laayoune, the largest city in the disputed region. 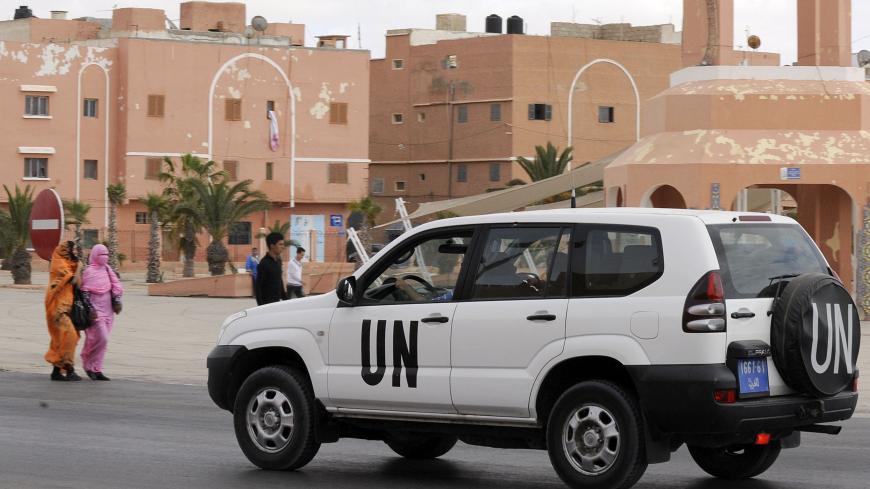 A United Nations car drives past the Mechouar square on May 14, 2013, in Laayoune, the capital of Moroccan-controlled Western Sahara. - FADEL SENNA/AFP via Getty Images

Jordan plans to open a consulate in Western Sahara amid fresh hostilities between Rabat and a pro-independence group in the contested desert region, Morocco’s Foreign Ministry announced Thursday.

The consulate will be located in Western Sahara’s largest city of Laayoune and will make Jordan just the second Arab state with a diplomatic mission in the Morocco-administered area. Earlier this month, the United Arab Emirates opened a consulate in the region, joining 16 African countries with representation in Western Sahara.

Jordan’s decision to open a consulate followed a phone conversation Thursday between Morocco’s King Mohammed VI and Jordan’s King Abdullah II. According to the Moroccan readout of the call, the Jordanian monarch “welcomed the decisions taken by His Majesty the King to secure the movement of people and goods in the region of El Guerguerat in the Moroccan Sahara.”

Morocco last week deployed its military to a UN-patrolled buffer zone in order to to clear a highway blockade near Western Sahara’s southern border with neighboring Mauritania. Morocco blamed the road closure on supporters of the Polisario Front, a group that fought Morocco for control of the territory between 1975-1991.

Brahim Ghali, the leader of the Algeria-backed Polisario, announced Saturday that his group’s 29-year cease-fire with the country was over as a result of Morocco’s recent border operations. A decree issued by Ghali announced an end to the truce and a “resumption of armed struggle in defense of the legitimate rights of our people.”

A spokesperson for United Nations Secretary-General Antonio Guterres said the UN chief was gravely concerned by the recent hostilities and “remains committed” to ensuring the 1991 cease-fire does not collapse.