The discovery follows Armenia's allegation that Ankara has introduced combat aircraft into the Caucasus war. 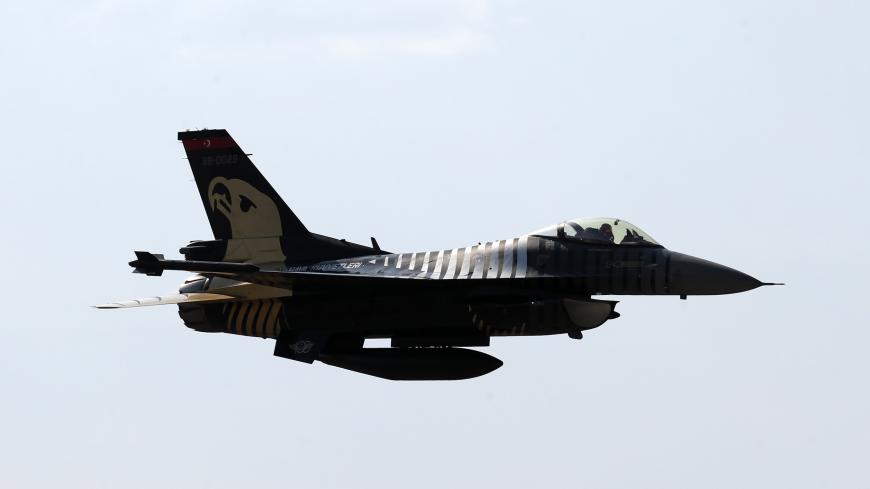 F-16 aircraft parked on a tarmac in Azerbaijan most likely belong to Turkey, a New York Times inquiry concluded.

The fighter jets were photographed at Ganja International Airport on Oct. 3 not far from what appears to be a CN-235 transport aircraft, according to the NYT, which analyzed Planet Labs satellite imagery.

Both aircraft are owned by Turkey’s air force. Turkish F-16s were most recently deployed to Ganja airbase for exercises in July.

Why it matters:  The discovery of potential Turkish F-16s at Ganja comes follows unconfirmed reports that Ankara had introduced combat aircraft into Azerbaijan’s breakout conflict with Armenia.

Armenia’s Defense Ministry alleged late last month that a Turkish F-16 based out of Ganja airport shot down an Armenian Su-25 over Armenian territory, killing the pilot. Azerbaijan and Turkey denied the incident. Turkish officials called the allegation a “cheap propaganda stunt.”

Armenia’s Prime Minister Nikol Pashinyan reportedly spoke with White House national security adviser Robert O’Brien earlier this month, seeking an audience with President Donald Trump to inquire whether the F-16s Pashinyan said Turkey had deployed in the conflict had been sold to Ankara by the United States.

Despite Washington’s apparent disinterest in war, the presence of Turkish F-16s in Azerbaijan is bound to raise concerns that such escalation could draw in foreign military support for Armenia. Israel is also reportedly arming Azerbaijan.

Russia criticized Turkey’s military exercises with Azerbaijan earlier this summer. The Kremlin has a military agreement with Armenia and a base in the country not far from the Turkish border.

What’s next:  Ankara is throwing its weight behind Baku in the conflict, demanding that Armenia withdraw from Nagorno-Karabakh as a precondition to any cease-fire.

Despite Russia’s hesitant attitude toward involvement in the war so far, Turkey’s deployment of Syrian militants has raised homeland security concerns in Moscow.

Know more:  Fehim Tastekin and Amberin Zaman examine the precarious balance Russia faces in its calculations over whether to intervene directly in the conflict.