The Syrian state press blamed Israel for a round of airstrikes targeting its military facilities in the eastern Aleppo countryside. 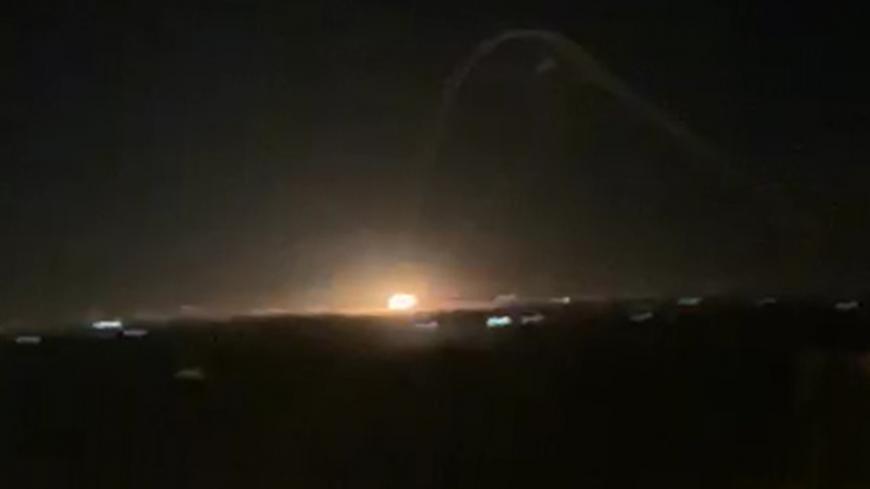 An image grab shows a ball of fire during a reported Israeli airstrike on the outskirts of the Syrian capital Damascus on Nov. 20, 2019. - AFP via Getty Images

"At 1:30 a.m. the Zionist enemy carried out an airstrike by a salvo of missiles targeting the area around the city of Aleppo," a military source told Syrian state news outlet SANA. "Our air defense systems hit and felled most of them."

A military statement read on state television said the raid took place in the town of al-Safirah in the eastern Aleppo countryside, with the warplanes targeting military factories and a scientific research center. There were no reports of casualties.

Syrian state news outlets and war monitors say Israel is behind a number of similar strikes in recent weeks against Syrian regime and Iranian assets.

On Sept. 2, Syria said its air defenses thwarted a number of Israeli missiles targeting the T4 airbase near the central city of Homs. The Israeli military claims the base is used by Iran to transfer weapons to its proxy fighters around the region, including the Lebanese militant group Hezbollah.

On Aug. 31, Israel fired a round of missiles at military sites in the south of the capital, Damascus, according to Syrian news sources.

In a report this week, the UK-based pro-opposition Syrian Observatory for Human Rights said 79 Israeli strikes have targeted Syria between early 2018 and the start of September.

The Israeli government rarely confirms such operations in Syria, but in late June, Prime Minister Benjamin Netanyahu warned his country would not allow Iran to establish a military presence in the war-torn country.

Israel’s arch-enemy Iran is Syria’s closest regional ally and has provided military advisers, weaponry and thousands of fighters to bolster the regime's forces.