The resolution failed by a 2-2 vote with 11 abstentions. 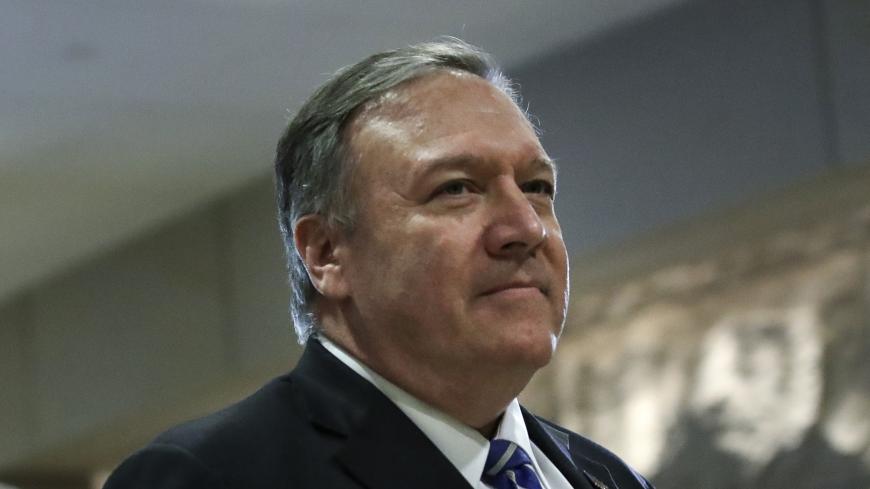 US Secretary of State Mike Pompeo arrives for a briefing with members of the US House of Representatives about the situation with Iran, at the US Capitol on Jan. 8, 2020 in Washington. The briefing came after Iran, in response to the US killing of Iranian Maj. Gen. Qasem Soleimani, launched more than a dozen ballistic missiles against two military bases housing US troops in Iraq. - Drew Angerer/Getty Images)

“The Security Council’s failure to act decisively in defense of international peace is inexcusable,” US Secretary of State Mike Pompeo said in a statement late today. “We will work to ensure that the theocratic terror regime does not have the freedom to purchase and sell weapons.”

A 13-year-old conventional arms embargo on Iran is set to expire in October as part of the 2015 nuclear deal, which removed most international sanctions in exchange for Iran scaling back its nuclear activity. The United States has been heavily lobbying its peers on the council to keep weapons ban going past its expiration date.

The Dominican Republic was the lone council member to join the United States in support of the resolution. Unsurprisingly, Russia and China, which enjoy close ties with Tehran, voted against the embargo extension. The remaining 11 countries abstained.

Even if the resolution had won the nine votes necessary for passage, either Russia's or China's no vote would have scuttled the measure.

The resolution voted on by the 15-member council was watered down from the initial measure, which among other things, included a provision that would have allowed countries to inspect cargo going to and from Iran. The revised resolution was pared down to just four paragraphs calling for the weapons ban to be extended “until the Security Council decides otherwise.”

The United States had hoped to win over the Europeans, who share the Trump administration’s concerns that Iran is not living up to its obligations in the nuclear pact. But Germany, France and the United Kingdom, all signatories to the deal, wanted to ensure its survival and feared Iran would walk away from it altogether had the United States gotten its way today.

The Trump administration may now try to invoke the nuclear accord’s so-called snapback mechanism as US officials have repeatedly threatened to do if their resolution was not successful.

The 2015 nuclear deal between Iran and six world powers, officially known as the Joint Comprehensive Plan of Action (JCPOA), allows for a return of sanctions through a complex process if Iran violates its obligations and a JCPOA participant files a complaint to the UN Security Council.

Critics say the United States lacks the legal authority to trigger this mechanism because it quit the accord in 2018. The Trump administration argues it is technically still a party to the deal.

Iran's ambassador to the United Nations, Majid Takht Ravanchi, tweeted after today’s vote that the failed resolution was further evidence of US isolation on the world stage. “US must learn from this debacle. Its attempt to 'snapback' sanctions is illegal, and was rejected by int'l community, as was evident today,” he said.

Since the US withdrawal from the JCPOA in 2018, Iran has steadily enriched uranium beyond what is allowed. Tehran insists its nuclear program is used for peaceful purposes only.