The decision has closed another border point after weeks of disagreement between Russia and other member states. 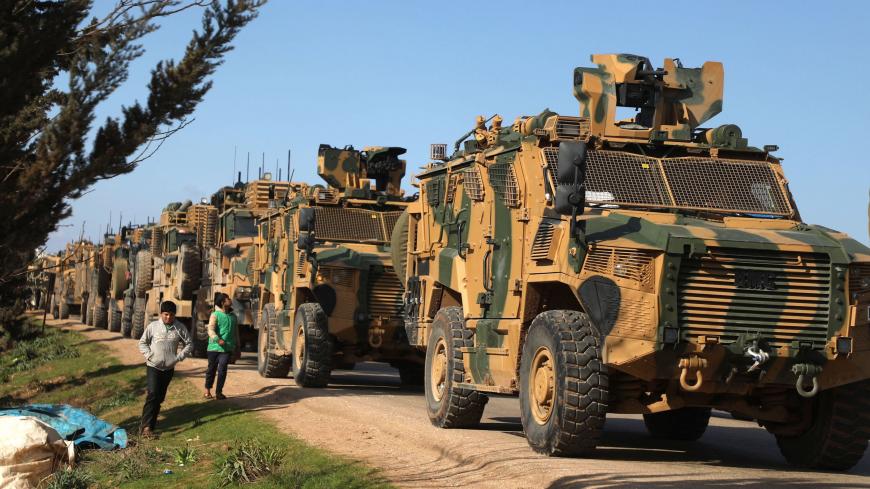 A Turkish military convoy is seen parked near the town of Batabu on the highway linking Idlib to the Syrian Bab al-Hawa border crossing with Turkey, on March 2, 2020. - AAREF WATAD/AFP via Getty Images

The UN Security Council voted to allow one border crossing to remain open to rebel-held Syria via Turkey this weekend. The decision ended weeks of disagreement between Russia and China on one side and other council members and humanitarian organizations on the other.

The council voted to keep the lone crossing open on Saturday, with Russia and China abstaining, the Associated Press reported.

A resolution keeping two entry points open from Turkey into northwest Syria expired on Friday. Russia, the main international ally of the Syrian government, said aid should come from within Syria and that one crossing from Turkey is enough. Most other member states voted in favor of two crossings earlier but Russia and China vetoed it, according to The Associated Press.

Border crossings from Jordan and Iraq also closed in January after pressure from Moscow.

Northwest Syria, ravaged by years of war between government and rebel forces, is dependent on outside aid. Nongovernmental organizations have long argued that both points are necessary to deliver aid to Syria and that assistance coming from government territory would be delayed, among other issues.

“These channels are the most direct, effective and highly monitored means of ensuring the most basic life-saving assistance is reaching Syrians in humanitarian need in the northwest," a group of international NGOs operating in Syria said in a statement sent to Al-Monitor following the vote.

Humanitarian organizations are especially worried about maintaining aid via a single crossing after the first COVID-19 case was discovered in the northwest Syrian province of Idlib last week.

The Bab al-Hawa crossing will now remain open for a year. The Bab al-Salam crossing is closed following the vote, according to Turkey’s Ministry of Foreign Affairs.

“Turkey will carry on with its efforts to ensure that the international humanitarian activities toward Syria will continue uninterrupted,” the ministry said in a statement.

Northwest Syria is largely controlled by Hayat Tahrir al-Sham (HTS) — a hard-line Islamist group with ties to al-Qaeda. A recent UN report found both HTS and the Syrian government responsible for civilian deaths and human rights abuses in the region.