Iran's civil aviation authority has sent to France the black boxes from a Ukraine jet it shot down. 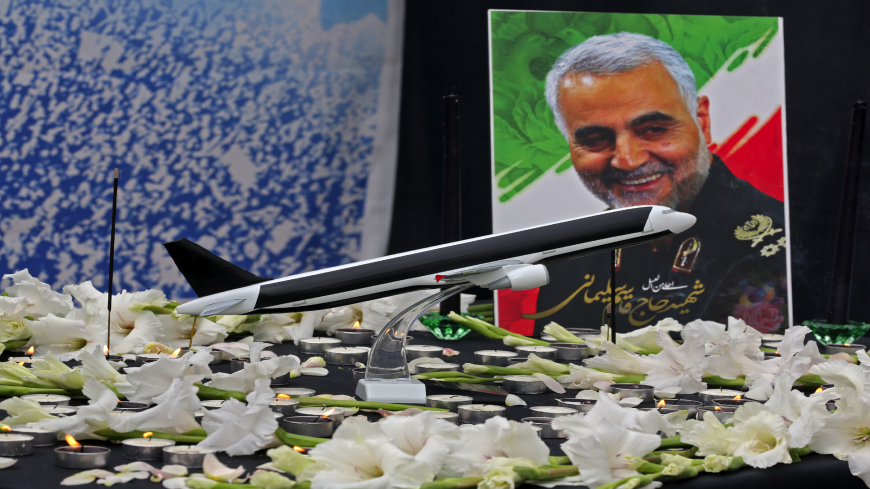 A poster of slain military commander Qasem Soleimani is seen at a memorial for the victims of the Ukrainian plane crash, at the University of Tehran on Jan. 14, 2020. - ATTA KENARE/AFP via Getty Images

Voice recordings stored in black boxes on board a Ukrainian airliner shot down by Iran in January have been recovered, France’s aviation safety authority said today.

The data successfully downloaded from the black boxes includes recordings of the pilots speaking, France’s Bureau for Civil Aviation Safety Enquiry (BEA) said, according to Reuters.

Experts from Canada, the United States, Britain and Sweden are observing the data recovery, which is led by an Iranian investigator. The BEA said any further release of information about the data would be at the discretion of the Iranian officials.

Iranian authorities apologized for the incident and said their air defenses mistook the aircraft to be a missile thought to have been launched by the United States. The downing of the airliner happened just hours after Iran struck US positions in Iraq with a barrage of precision ballistic missiles in retaliation for the US killing of top Iranian Quds Force commander Maj. Gen. Qasem Soleimani in Baghdad days prior.

Iran sent the black boxes to France for analysis after Tehran’s civil aviation authority said last week that the incident was caused by a “mistake in aligning the radar system” and failure of air defense personnel to communicate.

Ukraine’s government rejected the assertion, saying it was too soon to draw such conclusions. Canada’s foreign minister also expressed doubt as to Iran’s explanation for the incident, according to Reuters.

“I don’t put much credibility into that report. It’s not just the result of human error; I think that would be an oversimplification of what really happened,” Canadian Foreign Minister Francois-Philippe Champagne said.

Champagne acknowledged that Iran handing over the boxes to French investigators was a positive step, but he argued that more needs to be done toward accountability.

The Ukrainian government is requesting compensation from Iran’s government for the victims’ families.