The coronavirus outbreak could serve as a wake-up call for coal-dependent countries, as it proves how closely human lives depend on air quality. 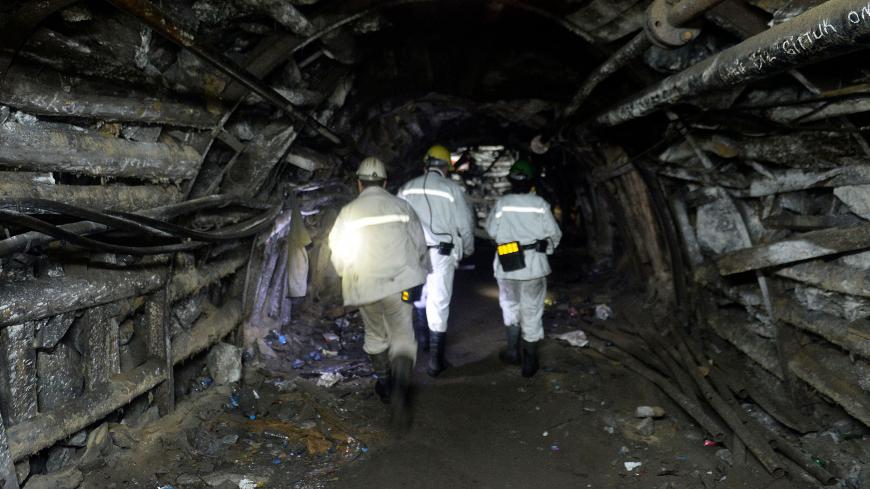 Miners work in a coal mine in the Black Sea city of Zonguldak, northern Turkey, Dec. 5, 2013. T - REUTERS/Stringer 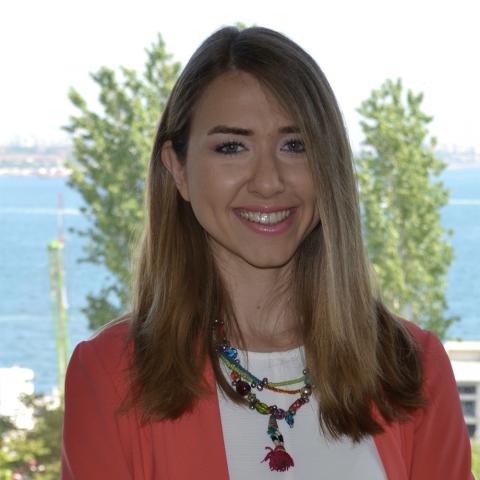 The detrimental health effects of Turkey’s appetite for coal have become evident during the coronavirus pandemic, as Turkish officials singled out Zonguldak, a small Black Sea province where lung disease is prevalent, for additional precautions.

President Recep Tayyip Erdogan announced new measures against COVID-19 on April 4, including an intercity travel ban on 31 provinces for the next 15 days. The 30 cities on the list were the country’s largest, with populations of 750,000 and above. The only exception was the city of Zonguldak: home to Turkey’s largest reserves of hard coal and its biggest coal-fired power plant.

The decision was based on the “prevalence of lung diseases” in the city, Erdogan said. The government had also imposed a weekend curfew on Zonguldak and 30 other cities since April 10.

Some 463 COVID-19 cases were recorded in Zonguldak as of April 10, rendering it the province with the 10th highest number of cases, despite its small population. The spread of the disease has triggered worries over mortality rates in the province, as those with chronic illnesses are at a higher risk of being hospitalized by the coronavirus.

According to Cigdem Caglayan, a member of the Association of Public Health Specialists (HASUDER), “Air pollution not only causes chronic diseases, it also rekindles existing ones, leading the coronavirus to be more fatal. Breathing in dirty air disturbs the defensive mechanisms of the respiratory system, allowing the virus to gain entry into the body and settle in.”

The residents of the province seem stuck in a vicious cycle, as the coal economy leads to pollution and chronic illnesses, which render them more vulnerable to the coronavirus.

A 2015 study found the prevalence of chronic obstructive pulmonary disease to be unusually high in Zonguldak. The study cited “air pollution due to immense coal burning” and occupational exposure from coal mining among the reasons.

Unfortunately, it is nearly impossible to avoid inhaling polluted air in Zonguldak. The small province’s short history is closely intertwined with the discovery in the mid-19th century of reserves of hard coal, which fueled the Ottoman navy and later powered the country’s industrialization.

Today, Zonguldak hosts four coal-fired power plants with a combined capacity of 3,104 megawatts. However, its entire economy revolves around coal-related industries. In this regard, the city’s high air pollution levels should come as no surprise.

In 2018, the Chamber of Environmental Engineers prepared a report on the city’s air quality and independently measured major air pollutants. The study found that sulfur dioxide, or SO2, levels stood drastically above the set limit, while particulate matter was also consistently higher than the limit values.

Particulate matter, or PM, is a term used to describe tiny droplets or particles that are suspended in the air. Classified as a carcinogen by the World Health Organization (WHO) in 2013, they are measured in micrometers and classified according to their size. The most dangerous are those that are smaller than 2.5 micrometers —​ known as PM2.5 — as they are able to enter the blood circulatory system after being inhaled. They also make one more vulnerable to COVID-19.

Regrettably, air quality measurements from across the country point to a broader danger. Residents in nearly 80 of all Turkey's 81 provinces breathe air that is polluted above the levels recommended by the WHO, Buket Atli, coordinator at the Right to Clean Air Platform, told Al-Monitor. This is especially true for cities that have coal-fired power plants, such as the southeastern province of Kahramanmaras, where residents breathed Turkey’s most polluted air in 2018.

Just like Zonguldak, high levels of air pollution in Kahramanmaras are also closely linked with coal as the city is home to nearly half of Turkey’s lignite reserves. The Afsin-Elbistan coal-fired power plants are located in the Elbistan district, where Turkey’s highest level of PM 10 was measured in 2018.

A recent study by Harvard University established a clear link between prolonged exposure to PM2.5 and higher COVID-19 mortality rates. Accordingly, a person living in a region with a single unit higher than PM2.5 is 15% more likely to die from the coronavirus, compared to someone living in a place with one unit less.

Data on PM2.5 levels across Turkey is inadequate since the country has failed to regulate emissions. Nonetheless, reports by civil society organizations paint a bleak picture, especially as the country continues to invest heavily in coal, a major emitter of PM2.5. According to a 2018 report, Turkey continues to have large numbers of coal power projects in pre-construction.

The latest information on how closely human lives are intertwined with clean air could serve as a wake-up call. As more people are deemed vulnerable to COVID-19 based on the quality of air they breathe, the time may be ripe for Turkey to reconsider the deadly consequences of its energy policies.