Dubai to reopen some food stores to pre-Ramadan shoppers

UAE grocers will be allowed to briefly reopen ahead of Ramadan, with stores subject to social distancing and sanitation inspection. 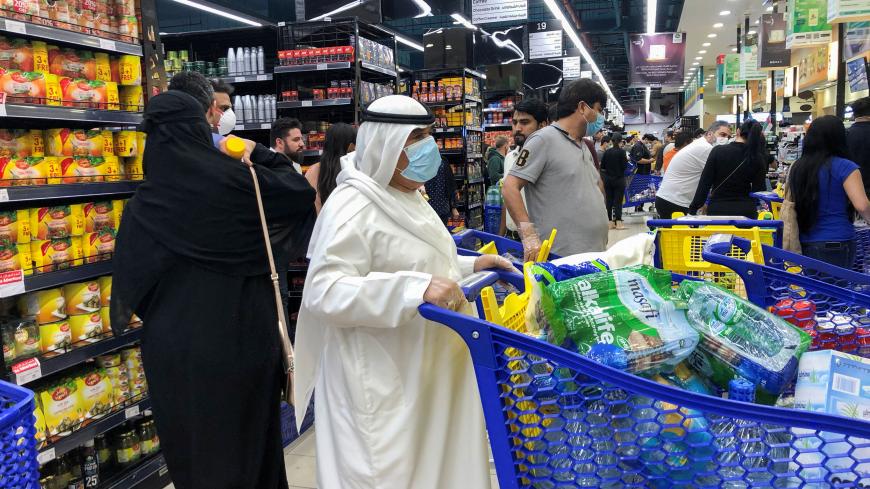 People shop at a supermarket following the outbreak of the novel coronavirus in Dubai, United Arab Emirates, March 26, 2020. - REUTERS/Christopher Pike

Food stores across Dubai will reopen so that residents of the United Arab Emirates can purchase food ahead of Ramadan, the government said Tuesday.

Between 8 a.m. and 8 p.m., stores selling meat, fish, produce and coffee as well as other products that have obtained a government permit will be allowed to open their doors, Dubai announced Monday. Authorities will inspect stores during this period to ensure they’re complying with social distancing and sanitation guidelines.

The easing of coronavirus restrictions is meant to give residents time to shop for meals before the Muslim holy month of Ramadan, which begins in the evening of April 23.

On March 25, the UAE closed all markets and shopping malls to combat the spread of the disease. Dubai has also imposed rules on movement with a nightly curfew from 8 p.m. to 6 a.m.

In the past week, the Emirati government has loosened a number of restrictions aimed at containing the virus, including announcing all visas and entry permits that expired after March 1 will remain valid through the end of December 2020.

Last week, authorities gave the Waterfront Market in Dubai, home to hundreds of vendors, permission to reopen to the public.