The Donald Trump administration is casting the renewal of four civil nuclear waivers as “restrictions” on Iran’s nuclear program, but Sen. Ted Cruz argues that they enable Tehran. 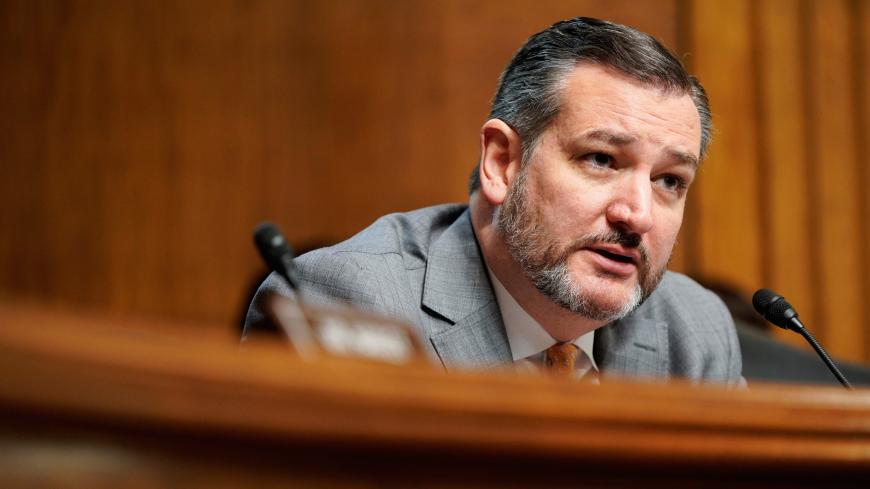 Iran hawks in Congress are unhappy with the Donald Trump administration’s announcement that it will extend four waivers enabling other countries to cooperate with Tehran on certain civil nuclear activities.

The waivers are among the last remnants of former President Barack Obama’s nuclear deal with Iran, which President Trump withdrew from in 2018. And while Trump’s maximum pressure campaign and stinging sanctions on Iran have pleased some of his closest Republican allies, such as Sen. Ted Cruz, the Texas lawmaker expressed disappointment over today’s announcement.

“Sen. Cruz has been public and explicit about the need to end these civil nuclear waivers, which allow Iran to continue building its nuclear program,” a Cruz spokesperson told Al-Monitor. “The officials inside the Trump administration who continue to push for these waivers are committed to preserving the catastrophic Obama-Iran nuclear deal, contrary to what President Trump has called for."

“We will continue to use the full range of our diplomatic and economic tools to constrain Iran’s destabilizing proliferation activities,” said Ortagus. “We will continue to closely monitor all developments in Iran’s nuclear program and can adjust these restrictions at any time.”

The waiver renewals expire in two months. They allow companies from Europe, Russia and China to help transfer enriched uranium into Iran to the Tehran Research Reactor, redesign the Arak heavy water reactor and build reactors at the Bushehr Nuclear Power Plant.

While the waivers help Iran develop a civil nuclear research program, the enriched uranium transfers to the Tehran reactor also help develop nuclear isotopes for medical purposes. Furthermore, the waiver for Arak is meant to transfer it from a heavy to light water reactor so that it can no longer produce plutonium, which could be used to develop a nuclear weapon.

Cruz did secure a partial victory last year when Secretary of State Mike Pompeo announced the end of another waiver that allowed Russia to help Iran transition reactors at the Fordow uranium enrichment facility to produce non-nuclear isotopes.

Shortly after the announcement, he joined House Republican Conference Chairwoman Liz Cheney, R-Wyo., in introducing legislation to terminate the waivers for the Tehran and Arak reactors. Cruz’s spokesman told Al-Monitor that the senator “intends to continue working with his colleagues here on [Capitol Hill] to ban them.”

The Trump administration has also renewed the waivers as Iran ramps up its uranium enrichment activity at Fordow in violation of the 2015 nuclear deal. Iran began violating certain restrictions in the deal last year in response to Washington’s biting sanctions and maximum pressure campaign and announced that it would withdraw from the deal after Trump’s January strike on Iranian Maj. Gen. Qasem Soleimani.

Meanwhile, Trump is taking heat from the left to lift the Iran sanctions as the coronavirus pandemic wreaks havoc throughout Iran.

Presidential candidate Sen. Bernie Sanders, I-Vt., joined Reps. Ilhan Omar, D-Minn., and Alexandria Ocasio-Cortez, D-N.Y., as well as 31 other Democratic lawmakers and 13 antiwar groups in a letter to Pompeo and Treasury Secretary Steve Mnuchin demanding that they suspend sanctions on account of COVID-19.

Iran has accused US sanctions of inhibiting the delivery of vital medical supplies needed to combat coronavirus. At the same time, the Treasury Department did issue a general license exemption for trade in humanitarian goods through the Iranian Central Bank last month and Pompeo has offered US assistance to help Tehran cope with the pandemic — an offer Iran has so far rejected.