Defaulted Lebanon hopes to pay off debts with cannabis

As soon as parliament returns from its closure over the novel coronavirus outbreak, a bill legalizing cannabis for medicinal and industrial purposes is expected to pass as lawmakers address the country’s worst economic crisis in decades. 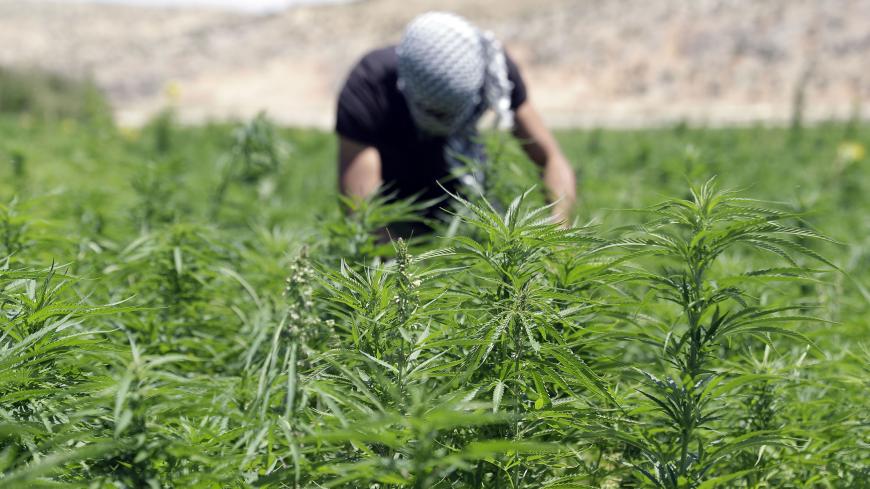 A worker cultivates plants at a cannabis plantation in the village of Yammouneh in the Bekaa Valley, Lebanon, July 23, 2018. - JOSEPH EID/AFP via Getty Images

The Lebanese government is looking to cannabis cultivation for medicinal and industrial purposes to improve the country's economic situation. Lebanon is the third most indebted country in the world, with a debt-to-GDP ratio of 170%, according to Prime Minister Hassan Diab.

The Finance Ministry announced March 23 that Lebanon will suspend payments on all its $30 billion worth of Eurobonds in foreign currency after defaulting on its $1.2 billion debt March 9 in the country's first-ever default.

The Lebanese Parliament closed due to the coronavirus outbreak, but, the law is expected to pass after it reconvenes.

Ferzli expressed optimism about the economic benefits of the cultivation and export of cannabis, saying, “The global consultancy firm McKinsey suggested, in a study about setting a vision for Lebanon’s economy to grow its GDP and create jobs through selecting productive sectors, that legalizing the cultivation of cannabis would bring in up to $1 billion per year in revenue for the government.”

According to the General Directorate for Studies and Information, “The economic benefits of cannabis legislation lie in the use of many vast neglected lands, placing all farmers in [an equal] legal framework and combating the cannabis trade in the black markets.”

“Each dunum can yield up to $10,000. Cannabis legislation also aims to reduce unemployment and achieve economic growth, as well as stimulate exports toward foreign countries, enabling the use of foreign currency, which enhances the central bank's reserve of foreign currencies,” the paper added.

Ferzli pointed out, “The type of plant that Lebanon seeks to cultivate is … specific to medical industries,” stressing, “The Lebanese state does not accept the use of hashish as a resource to support the economy.”

Hussein Hammoud, a professor at the Faculty of Agriculture Sciences in the Lebanese University, said in a research document published by the Lebanese army, “The number of workers in the agricultural sector in the Bekaa region [in eastern Lebanon] is about 60% of the population. So many families in the villages of Baalbek and the Bekaa inherit hashish cultivation across generations.”

Hammoud added, “Hashish cultivation in the 1980s generated for Baalbek and Hermel close to $500 million annually.”

In remarks to Al-Monitor, Minister of Agriculture Abbas Mortada explained that after the bill is passed, a team will study the appropriate places for cultivation of cannabis, such as the type of soil in different regions. He added that a “Cannabis cultivation body” will be established and controlled by the Presidency of the Council of Ministers. “This body will oversee planting, harvesting, manufacturing and establishing research centers and laboratories.”

Mohammad Mroueh, a professor at the Medicinal Cannabis Research Center in the Lebanese American University, told Al-Monitor that cannabis has high medical value and that Lebanon's climate is ideal for its cultivation. He added, “The medical use of cannabis dates back to 700 years across the Arab region. I obtained three plants to do my research and study the benefits of extracts from the plant, including Tetrahydrocannabinol and not only cannabinoids.”

The government has allowed Mroueh’s research but has not yet formally approved the establishment of his research center, which opened in May 2018. Mroueh pointed out that cannabis seems to prevent the multiplication of cancer cells and localized tumors, but it is necessary for the patient to continue chemotherapy in parallel with consuming the therapeutic oil.

He revealed that the Food and Drug Administration has approved cannabis products like Sativex, a mouth spray used for neuropathic pain and spasticity in multiple sclerosis) patients; Marinol, a treatment for chemotherapy-induced nausea in cancer patients; and Epidiolex, a treatment for severe and recurrent epilepsy.