Deals worth billions of dollars between China and the United Arab Emirates reflect China's major status as a partner in the Middle East. 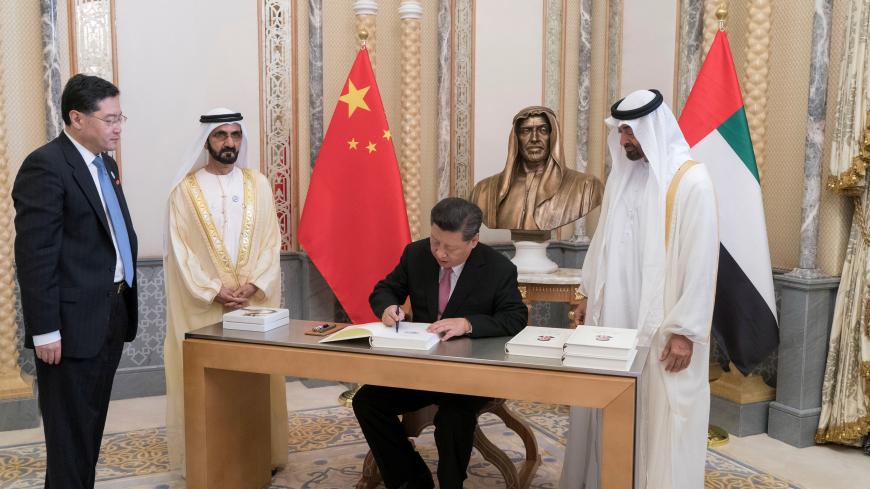 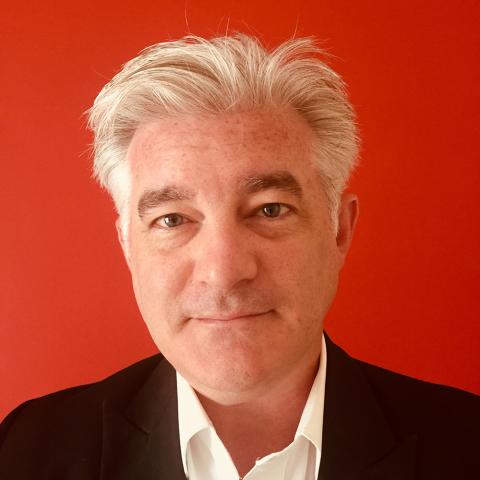 East Hope Group, one of China’s largest companies, announced last May that it is considering a $10 billion investment in Khalifa Industrial Zone Abu Dhabi (KIZAD). This comes on the heels of several major Chinese investments in KIZAD over the last two years and underscores the deepening ties between China and the United Arab Emirates (UAE). Emirate leaders have been looking in China’s direction as they diversify their relations with global powers, while from the Chinese side, its Middle East presence is growing through its ambitious Belt and Road Initiative (BRI). The UAE increasingly looks like the load-bearing pillar of China’s Middle East policy, and the expansion of China’s role in KIZAD indicates that Abu Dhabi is considered a pivot city in the BRI.

The proposed East Hope investment would be implemented in three stages over 15 years. It would begin with an alumina facility, then a red-mud research center and recycling project would follow. The final phase would be large upstream and downstream facilities to process non-ferrous metals. Both East Hope and Emirates Global Aluminum (EGA) are among the world’s largest aluminum producers. Abu Dhabi’s sovereign wealth fund Mubadala, which jointly owns EGA, has partnered with Chinese institutions in a joint investment fund with the aim of capitalizing projects in the UAE and China that support the BRI and Abu Dhabi 2030, the emirate’s development plan. East Hope’s chief executive officer Liu Yongxin explicitly linked the project with Beijing’s BRI ambitions, stating it “will become the benchmarking project along the BRI between China and the UAE.”

The BRI is China’s signature foreign policy initiative, a series of hard and soft infrastructure projects stretching across Eurasia and the Indian Ocean region. As a larger number of states agree to link their domestic infrastructure needs to China’s BRI, Beijing’s interests are expanding far beyond its traditional sphere of influence, and several states and regions are taking on a new significance in China’s foreign policy. The Middle East is one of these, and the UAE is among its more important partnering states.

The China-UAE relationship has deepened significantly in recent years. A state visit from President Xi Jinping last summer was used to upgrade the relationship to a comprehensive strategic partnership, China’s highest level of diplomatic relations. Shortly afterward, the UAE appointed Khaldoon bin Mubarak, CEO of Mubadala, as a presidential special envoy to China, the first such appointment the emirates has made. Economic relations have flourished, with bilateral trade growing from $17 billion in 2010 to nearly $60 billion in 2017. There is a substantial Chinese community in Dubai, between 200,000 to 300,000, with over 4,000 Chinese-owned businesses operating there. Chinese state-owned enterprises and multinationals have established a deep presence in Jebel Ali Free Zone (JAFZA), servicing contracts throughout the Arabian Peninsula and broader Middle East. And Dubai’s ruler Sheikh Mohammed bin Rashid al-Maktoum recently represented the UAE at the recent Belt and Road Forum in Beijing, where $3.4 billion in deals were signed between Dubai and Chinese firms.

This all highlights an interesting point. Until the recent interest in KIZAD, much of China’s UAE energy was focused on Dubai. Abu Dhabi is quietly catching up, and the manner in which it is doing so is a sign of a top-down initiative coming from both sides rather than a loose set of investment opportunities by Chinese multinationals.

In KIZAD, the Jiangsu Provincial Overseas Cooperation and Investment Company (JOCIC), a consortium of five companies, has been active in driving relations, with several large investments over the past two years. It established the China-UAE Industrial Capacity Cooperation Construction Management Company in 2017 and invested $1.1 billion into Khalifa Port. JOCIC hosted an investment promotion conference in September 2018, inviting a delegation from KIZAD and Abu Dhabi Ports to Nanjing, where they met with over 180 Chinese government agency representatives and 90 representatives from Chinese companies to showcase investment opportunities.

Beyond JOCIC’s efforts, there is serious support coming from the top. COSCO Shipping, China’s largest shipping company and a major state-owned enterprise, signed a 35-year agreement with KIZAD in 2016, in the process moving its regional freight operations from JAFZA. The $738 million deal included a commitment to double KIZAD’s container-handling capacity, a project expected to be complete by next year. COSCO’s stake in KIZAD makes Abu Dhabi the trans-shipment hub for its Middle East freight. That the groundbreaking ceremony for COSCO’s KIZAD terminal was attended by Ning Jizhe, deputy director of the National Development and Reform Commission (NDRC) is telling; the NDRC plays a major role in the BRI, and Ning is a member of the CCP’s Central Committee. His presence is proof that leaders in Beijing consider the KIZAD investment to be an important strategic asset.

This builds upon a little-discussed Chinese Middle East initiative: the “industrial park-port interconnection, two-wheel and two-wing approach” cooperation framework. This initiative picked up momentum during last summer’s China-Arab States Cooperation Forum ministers' meeting and maps out the shape that the BRI will take in the Middle East as Chinese investment in four ports and four industrial zones will link supply chains and build business clusters. The industrial zones (KIZAD, Duqm in Oman, Jazan in Saudi Arabia and Ain Sokhna, Egypt) and ports (Djibouti, Port Said in Egypt, Duqm and KIZAD) establish connectivity from the Persian Gulf to the Mediterranean Sea and demonstrate how each individual project is part of a much larger strategic approach to the Middle East. As such we can anticipate much deeper Chinese engagement in each of these, and of them, Abu Dhabi — with the endowments of a central location, logistics infrastructure and business-friendly incentives — stands to become a key city in China’s BRI ambitions.

Given the importance of the BRI in China’s foreign policy, it will shape much of Beijing’s approach to the Middle East. KIZAD will continue to be a magnet for Chinese investment, and we can expect to see a greater Chinese presence in the UAE’s capital in the coming years.