New York-based Karv Communications will be paid $120,000 a month to “create a clear distinction” between the $200 billion fund and its embattled chairman. 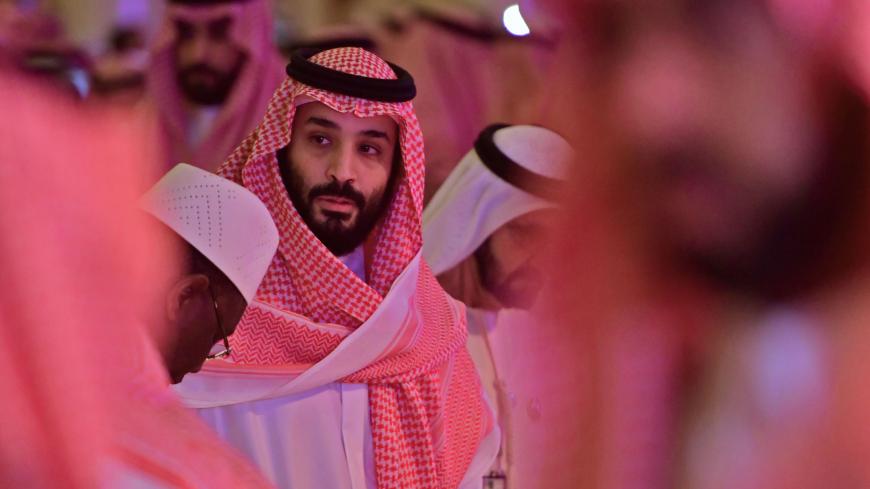 Saudi Arabia's $200 billion public investment fund has signed a New York public relations firm to try to distance the fund from the country's embattled crown prince as it seeks to overhaul the kingdom's oil-based economy.

The fund's managing director, Yasir al-Rumayyan, signed a $120,000-a-month contract with KARV Communications on Feb. 16, according to newly uploaded lobbying filings. The firm is tasked with providing “investor and public relations advice and counsel by providing outreach and relationship-building to various stakeholders in business and the media.”

Tellingly, the first communication goal listed in an appendix to the contract is to “create a clear distinction” between the fund “and its investment-driven mission” and “the political leadership in Saudi Arabia.” This may prove a tough sell with Prince Mohammed chairing the investment fund, while Saudi ministers make up six of the remaining eight board members.

The Saudi public investment fund (PIF), launched in 1971, passed from the Saudi Ministry of Finance to the Prince Mohammed-chaired Council of Economic and Development Affairs in 2015. Under his leadership, “The PIF shifted its investment strategy from being a silent shareholder of major companies in Saudi Arabia to new investments in global technology firms,” said Robert Mogielnicki, a resident scholar at the Arab Gulf States Institute in Washington.

“The change in institutional oversight of the sovereign wealth fund, the structure of the fund’s board and its new investment strategies suggest that the crown prince is playing central role in the PIF,” Mogielnicki said. “Vision 2030, considered the brainchild of the crown prince, likewise describes the PIF as the engine behind economic diversification efforts in Saudi Arabia. Thus, it will be a difficult task to draw a clear distinction between the PIF and the political leadership of Saudi Arabia.”

Other priorities for the contract with KARV include enhancing the “reputation and image” of the fund and its senior executives “while underscoring the business-only purpose and focus” of fund; to build “trust and improve relations with key international stakeholders” such as “current and potential investors and portfolio companies,” business leaders and media; and to ensure the fund “is well prepared for any potential negative developments and future external scrutiny that it may encounter.”

The hire comes as Saudi Arabia — and its investment arm — is still reeling from the fallout from the Oct. 2 murder of journalist Jamal Khashoggi at the Saudi Consulate in Istanbul. Prince Mohammed, who had been heralded as the youthful face of reform during a triumphant tour of Washington, Wall Street and Silicon Valley in the spring of 2018, has become persona non grata in all three places.

Days after Khashoggi's death, dozens of Western firms bailed on Prince Mohammed's “Davos in the Desert” investment conference, despite a strong showing of thousands of executives and investors. Two months later, The Wall Street Journal reported that several Western executives had left the fund, with one allegedly complaining that the fund was “dominated” by the crown prince. The prince oversees Saudi Arabia's Vision 2030 program, which seeks to reduce the country's dependence on oil revenues.

But the KARV contract paints a different picture about decision-making.

“The Public Investment Fund (PIF) receives money from the Saudi government, and the Board of PIF consists of senior government officials, in keeping with standard Sovereign Wealth Fund best practices,” says the firm's lobbying filing with the US Justice Department. “There is a separate professional investment committee within PIF that oversees its investment decisions.”

Recently, the fund has once again been garnering positive attention. CNN reported last month that the PIF plans to open offices in New York, San Francisco and London with the goal of increasing its assets from $224 billion to $400 billion by 2020. It also aims to increase staff from 450 currently to 700 by the end of the year and up to 2,000 by 2025.

"We're hiring people from all over, from Saudi, from the region, from all over the world," Rumayyan told CNN, contradicting The Wall Street Journal report of a Western exodus.

In addition to KARV, the fund has been represented in the United States by Akin Gump since March 2018. A contract with Gladstone Place Partners was terminated Oct. 11, 2018, days after Khashoggi's murder. KARV separately lobbies for the UAE emirate of Ras al-Khaimah on investment issues and other matters; the contract dates back to 2013.

Mogielnicki said the fund will have to make changes if it wants to be seen as truly separate from the ruling royals.