According to her husband, Iranian human rights lawyer Nasrin Sotoudeh has been sentenced to 148 lashes as well as 38 years in prison, an extraordinarily long time even by the Islamic Republic’s standards. 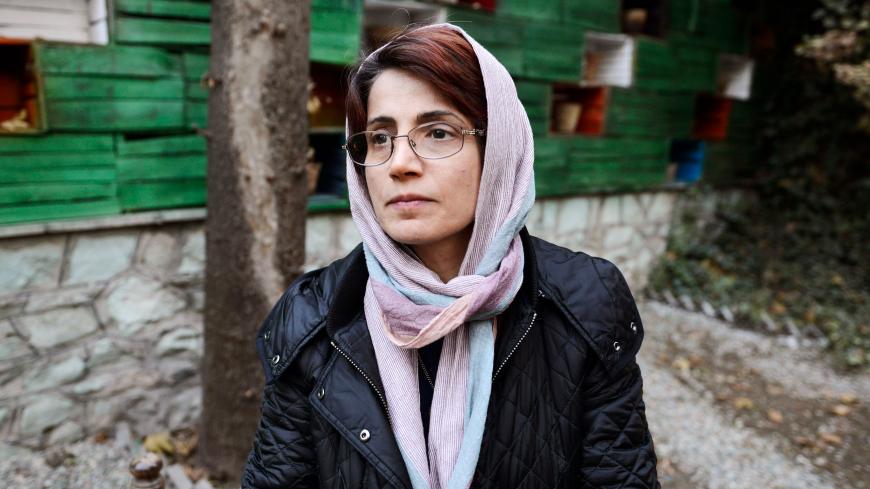 Iranian human rights lawyer Nasrin Sotoudeh has been sentenced to 38 years in prison and will receive 148 lashes, according to her husband, Reza Khandan. Khandan posted on Facebook that Sotoudeh was sentenced in two separate cases — the first one resulting in a five-year prison sentence and the second in a 33-year sentence.

It is not clear why there has been such a discrepancy in the reported sentencing. Sotoudeh was most recently arrested in June 2018 and was told that she had already been sentenced in absentia to five years in prison, though her husband at the time said they had no idea what the charges were. Sotoudeh was previously arrested in 2010 and sentenced to 11 years for her work as a lawyer. She spent three years in prison and was released early. She called for the release of all lawyers upon her own release, saying their convictions had more to do with the critical security environment of the post-2009 elections when heavy sentences were being handed out. “According to all international laws, lawyers have immunity in conducting their professional responsibilities, and this principle in general for lawyers in Iran has been trampled and violated,” she said upon her release.

Such a long sentence, even for someone as well known and outspoken as Sotoudeh, was surprising to many on social media. One person tweeted speculation that “Sotoudeh’s crime is that she got into an argument with Hossein Shariatmadari in court,” referring to the editor of Kayhan newspaper, who has a close relationship with and is appointed by Khamenei. In reaction to Sotoudeh’s 38 years, another Twitter user noted that after the chaotic 2009 elections in which millions protested the election results and the judiciary began handing out sentences that ranged from five to 10 years, some felt that the Islamic Republic would not even be around that long for anyone to serve their entire sentence.

An Amnesty International employee noted that Sotoudeh was truly convicted of “defending human rights, defending the rights of individuals, opposition to the inhumane punishment of execution, opposition to discriminatory laws [and opposition] to humiliating compulsory hijab.”

Other Twitter users noted that Sotoudeh’s sentencing coincided with the first day on the job of the new judiciary chief, putting to rest any hopes that this new judiciary would be any different from previous judiciaries. One Twitter user likened the sentence to Raisi establishing the “playing field” of the new judiciary. Iranian lawyer Seyyed Ali Mojtahedzadeh tweeted sarcastically, “Certainly the timing of the starting of work of Mr. Raisi as the judiciary chief and the sentencing of human rights lawyer Nasrin Sotoudeh being together is a coincidence?!” He continued, “Optimistic friends can continue welcoming [Raisi].”