The Eastern Company’s public offering, which resulted in Saudi investors buying 25% of the listing worth $23 million, raises questions about illicit profits within the government. 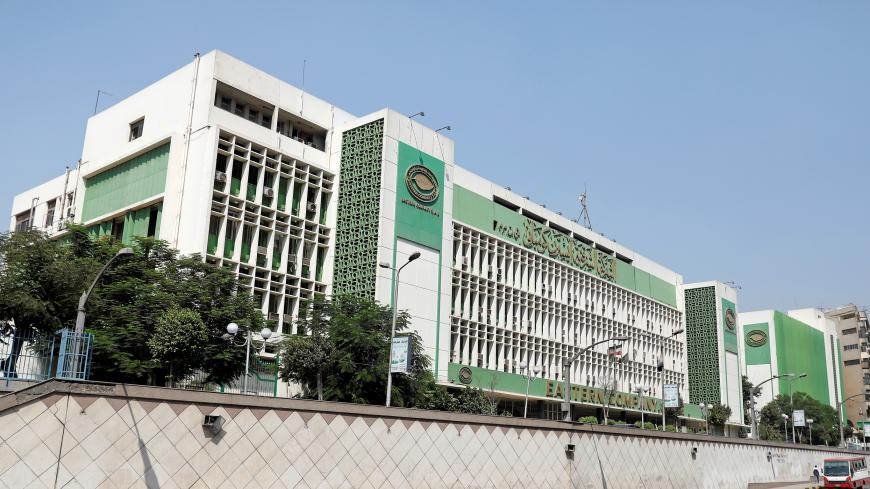 A general view of the Eastern Company, which is engaged in manufacturing tobacco products, Cairo, Egypt, Sept. 27, 2018. - REUTERS/Amr Abdallah Dalsh

CAIRO — Member of parliament Haitham al-Hariri submitted March 12 a briefing request to Minister of Public Business Hisham Tawfik on his Feb. 28 listing of 4.5% of Egypt’s state-owned Eastern Company on the Egyptian Exchange. Tawfik has yet to respond.

The Eastern Company is Egypt’s top tobacco-maker and the second-largest source of revenue for the state budget after the Suez Canal Company. The company’s revenues are estimated at 55 billion Egyptian pounds ($3.17 billion) for fiscal year 2019.

The company’s shares were listed in a private offering after the end of the trading session on the stock market at a value of 1.721 billion pounds ($99 million). The listing targeted top investors, mainly Emirati investor Mohammad al-Ghobar, in addition to Saudi businessmen who bought 25% of the listing worth 400 million pounds ($23 million).

Hariri believes this listing to be in direct conflict with the rules of transparency and disclosure governing international stock exchanges, because the shares were listed below their fair value, causing losses of nearly 700 million pounds ($40.4 million).

Hariri told Al-Monitor, “Everyone wants to know why the listing was made without prior announcement. Why did these Saudi and Emirati investors also acquire shares? Does this have to do with Egypt’s debt to Saudi Arabia and the United Arab Emirates? Will the same happen to the other listings slated for the last quarter of the current year with companies such as Alexandria Container & Cargo Handling Company, Heliopolis Company for Housing & Development, Alexandria Mineral Oils Company and Abu Qir Fertilizers? Should this happen, it means we are selling the people’s property to certain countries based on unknown criteria, which is totally rejected by the majority of the people.”

He added, “The doubt about this offering and its timing in light of the crisis of emerging markets such as Turkey and Argentina, and the decline of the Egyptian stock index, adds to the suspicion of illicit profits and the violation of the rights of those trading on the stock market."

Professor of finance and investment at Cairo University Hisham Ibrahim told Al-Monitor that the current government is not the first to come up with a private offering, as this has been going on for the past 25 years. He explained that public offering alone guarantees the covering of the initial public offering (IPO). “Things are different with private offerings that include several investors representing different institutions and have a vision of development, unlike the fragmentation of shares by a large group of small investors,” he said.

“Listing 101 million shares in a public offering could affect the share price negatively if the IPO is not covered. Meanwhile the private offering could protect the share price, especially since the shares [of the Eastern Company] have been traded on the Egyptian stock market for years. Before the offering, the private sector owned 45% of the company, and the state-owned Chemical Industries Holding Company 55% of the company’s shares. It is only normal to list most of the 4.5% of shares in a private offering,” Ibrahim noted.

He added that there is a mechanism to determine the price of the share, either in private or public offerings, in the IPO program provided for in the prime minister's Decision No. 926 of 2018 on the reorganization of the provisions of state-owned companies' IPO. “The offer price of the shares will be based on their average price a month before the offering is made, plus or minus 10%,” the decree states.

Former head of Egypt’s stock market Sherif Samy told Al-Monitor, “The IPO was conducted within the framework of the market price on the stock exchange, with the aim of reducing the state ownership in these companies. The IPO has been postponed several times amid the crises of emerging markets, the trade war between the United States and China and high interest rates in the United States and Europe. This means that the government is keen on people’s funds and has found the right timing for the IPO so as to achieve the best price.”

He added, “The strength of the financial position of the Eastern Company facilitated negotiations with investors regarding the offering. The state did not deprive small investors from subscribing to about 5 million shares in a public offering.”