Israel has authorized the sale of medical cannibas in pharmacies and is experimenting with fines and community service in lieu of jail time for recreational users. 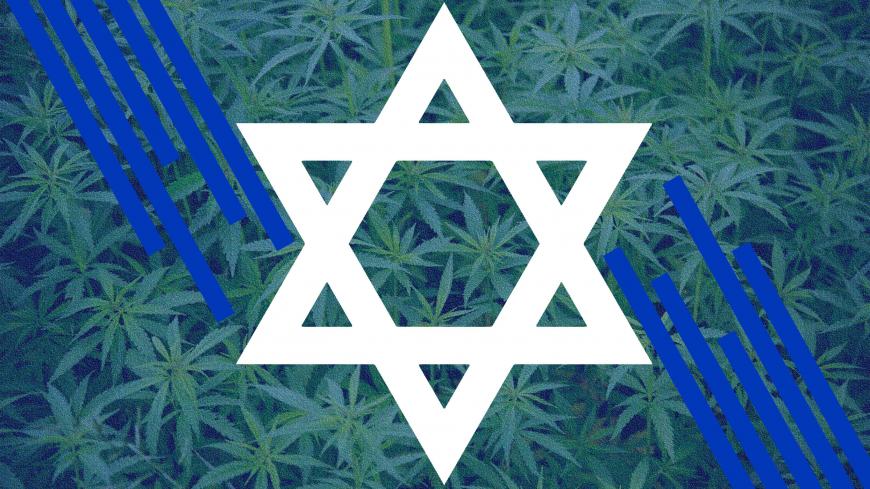 There’s no doubt about it: 2019 is the “Year of Cannabis” in Israel. On Jan. 27, the government approved the export of medical marijuana, causing the stock of eight companies producing cannabis and its byproducts to skyrocket hundreds of points on the local exchange. Meanwhile, on April 1, two important reforms go into effect.

First, some 100 specially trained physicians will be able to write prescriptions allowing patients to purchase the drug at Super-Pharm, Israel's largest pharmacy chain, positioning Israel as a pioneer in the sale of marijuana in pharmacies. Second, in a move toward decriminalization, the current law mandating up to three years in prison for marijuana use will be overturned as a temporary measure — for three years to study the effects — and users caught with up to 15 grams would be required to pay a fine of 1,000 shekels ($274) for the first offense and 2,000 shekels ($548) for the second offense (if committed within five years of the first offense), and neither instance would result in a criminal record. A user caught for a third time would be offered a conditional arrangement and sent to rehab.

“There is no doubt that this is another step toward the full legalization of recreational marijuana in Israel,” Oren Lebovitch, head of Ale Yarok (Green Leaf), a party advocating the legalization and standardization of the marijuana market, told Al-Monitor. “We’re on our way there. As soon as the stock market realizes that there is money to be made, and the state realizes that it can earn a lot of revenue from it, it will only be a matter of time before the dearth of easily available marijuana passes from the world.”

According to Lebovitch, the most important change is primarily one of image. “When we see people like former Police Commissioner Yohanan Danino, former Health Ministers Haim Ramon and Dan Naveh and former Prime Minister Ehud Barak entering the industry, even if only for medical marijuana, it advances cannabis one more step forward in the legitimate public discourse,” he said. “Marijuana is no longer ominously labeled as a ‘drug.’ Instead, it is considered a medicinal substance with health benefits. According to our own poll, 71% of the public support the standardization of a legal marijuana market along the same lines as the alcohol market.”

The percentage of marijuana smokers in Israel is among the highest in the world. According to a 2017 poll for the Authority for the War on Drugs, 27% of Israelis use marijuana. The full results of the poll showed that almost half, 41%, of young people aged 18-25 and 33% of people aged 26-40 had used marijuana the year the poll was taken.

Knesset member Ilan Gilon from Meretz, one of the most prominent advocates for the full legalization of marijuana, is not totally satisfied with the current reforms.

“Obviously, I’m pleased, but the truth is that we don’t have the patience for any additional small steps,” Gilon told Al-Monitor. “As a party, we demand full legalization so that cannabis is treated like alcohol. The only thing blocking this is aggressive lobbying by the drug companies, who want a monopoly on pain killers. We have to put an end to this hypocrisy.”

On the other side of the issue is Raphael Meshulam, a professor and Israel Prize laureate trying to dampen some of the enthusiasm. Meshulam was the first to identify THC, the active chemical in marijuana.

“I am seeing significant progress in our understanding of the contribution made by medical marijuana and the standardization of formal processes for its use, but I do not think that Israeli society is ready for recreational marijuana just yet,” Meshulam told Al-Monitor, firmly refusing to divulge his personal position on the issue of recreational marijuana in general. “As Israelis, we tend to be rather conservative. Despite the policy of decriminalization, I don’t foresee full legalization in Israel over the next 10 years.”

Yehuda Baruch was the first doctor in Israel authorized to prescribe medical marijuana to patients, in 2002. He believes that recent developments represent advancement toward full legalization, but suggests that the process not be rushed. “Israel is a pioneer in recognizing the benefits of medical marijuana, but it sits on the fence when it comes to free use, while waiting to see what the social significance of that will be,” Baruch told Al-Monitor.

While discussing a few places where the drug is legal, Baruch observed, “In Colorado, for example, there has been a significant rise in the number of people showing up in the ER due to the side effects of marijuana usage. Colorado has also identified a rise in the number of drivers involved in traffic accidents, who have cannabis in their bloodstream. Nevertheless, the meaning of all this is not quite clear yet. And there are questions about the long-term implications, which have yet to be answered. What are the implications on the workforce, for example, or the family or society at large?”

Baruch further stated, “We know that alongside the positive uses of cannabis, it is a psychoactive drug that damages judgment capabilities and the perception of reality. From what we know, long-term use causes a syndrome of motivation loss. Users are less motivated to advance at work and less functional at home. All they care about is the next joint.”

Research published in late 2018 in the American Journal of Psychiatry reinforces this position. The study found that smoking cannabis may have a negative effect on cognition in teenagers and on inhibitory control, enhancing risks for other addictions.

Lenny Cohen, an actor, put the issue of possible addiction back on the public agenda, opening a support group for people addicted to cannabis.

“You get the feeling that everyone is doing that [smoking marijuana], but nobody really talks about the less glamorous side of smoking cannabis,” she told Al-Monitor. “At the beginning, I smoked from morning to night and I had a lot of fun because it suddenly brought me peace of mind. But then it became less pleasant. I went into debt and depression, suffering from anxiety attacks. Many people thank me for opening up the whole issue. I think we must be vigilant, not forgetting that beside the medical advantages, marijuana is not necessarily recommended for healthy people. Lack of public debate on this results in psychological addictions without us even noticing.”

Despite the clear distinction between medical and recreational marijuana, some experts believe or argue that the more marijuana becomes available for medical use, the greater the legitimacy for its recreational use will become and with that possible increased use. With medical marijuana still in its earliest stages, the question that remains unanswered concerns whether the medical benefits in the long run outweigh any possible negative consequences to health and society from an increase in recreational use if any.