A group of 120 individuals from Syria, Yemen and Palestine disappeared last month in Algeria, and now rights groups are calling on the authorities to reveal their fate. 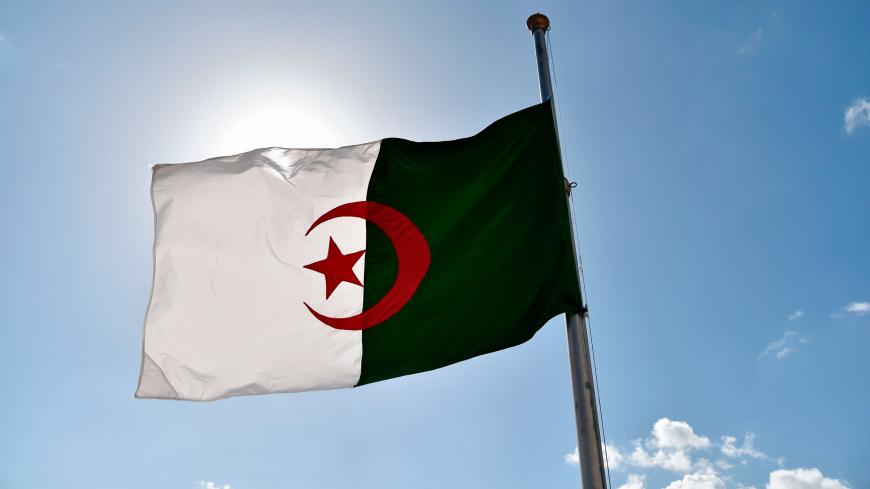 TUNIS, Tunisia — Concerns continue to grow over the fate of a group of around 120 Syrians, Palestinians and Yemenis who have been missing within Algeria since being detained. The group was initially stopped Dec. 26 by Algerian officials in Tamanrasset in southern Algeria, before being ordered to report at the Guezzam border post on the frontier with Niger.

According to our latest information, around 20 of the original group are stranded in the desert, 3 kilometers (roughly 2 miles) from the Guezzam border post. The whereabouts of the others is unknown, with observers concerned that they may have fallen victim to a hard-line migrant policy of mass expulsions that has in the past earned the North African country the opprobrium of the international community.

On Jan. 3, the United Nations High Commissioner for Refugees (UNHCR) took the unusual step of issuing a public appeal for access to the missing group, stressing its concern over the welfare of these vulnerable individuals. According to the UN refugee agency, several members of the party are already known to them "as registered refugees who have fled conflict and persecution or claim to have attempted to seek international protection in Algeria.”

UNHCR spokeswoman Shabia Mantoo told Al-Monitor Jan. 11 that they had received no further information on the fate of the missing individuals.

“The latest news is that they, [the smaller group of 20] are still near the Algerian borders of Niger,” Abdelmoumene Khelil, secretary-general of the Algerian League for the Defense of Human Rights, told Al-Monitor, adding that it was possible some may have tried to return to Algeria.

Images show Guezzam to be a sprawling and featureless desert expanse in Algeria’s south, with little to provide shelter or sustenance. While temperatures currently average around 25 degrees Celsius (77 degrees Fahrenheit), without access to food and water any prolonged stay within Algeria’s desert is likely to prove hazardous.

Justifying the government’s position, Hacen Kacimi, an Algerian Interior Ministry official, told Agence France-Presse (AFP) Jan. 4 that the expulsions had taken place after legal decisions “closely linked to national security priorities. No party — irrespective of its status — can interfere in the execution of a judicial decision."

Kacimi, who leads the ministry's migration department, had told AFP the previous day that the group had entered the country illegally and their removal was ordered by a court in September.

Explaining the decision Jan. 4 to remove the group to the remote desert border, Kacimi said they had “refused to be repatriated by air.”

According to Khelil, a small number of individuals in the group had made no secret of their links to the Free Syrian Army. However, government concerns over any potential terrorist threat posed by the group had been “exaggerated to justify the repressive and safe management of the migratory question,” Khelil said, adding that “this is for internal policy purposes,” rather than out of any legitimate security concerns.

Though Algeria has no asylum legislation, it is currently home to a significant number of migrants and refugees. Some 43,000 Syrian refugees are currently thought to be resident within Algeria. In addition, an indeterminate number of Palestinians and Yemenis have sought refuge in Algeria, as well as the longstanding Sahrawi refugee population from the Western Sahara whose disputed numbers are said to range from anywhere between 90,000 and 158,000.

Nevertheless, Algiers’ policy toward asylum-seekers and migrants, typically those entering the country from sub-Saharan Africa, has come in for repeated criticism. Following widespread condemnation by rights groups over its mass expulsions of migrants into the southern desert, the UN was finally forced to publicly rebuke Algeria in May 2018.

Nevertheless, conditions for those who have fled to Algeria remain difficult. “[Many] of them are from West Africa and end up working on construction sites and elsewhere as day laborers,” Eric Goldstein, deputy director of Human Rights Watch’s Middle East and North Africa Division, told Al-Monitor.

He added, “They often have entered illegally or have overstayed visas and live in a situation of vulnerability, including to exploitative bosses. Algeria has repeatedly rounded up African migrants and bussed them en masse to deportation centers in the extreme south, where they are then bussed across the border into Niger. A few have been bussed into Mali.”

Expelled from Algeria, migrants typically gather in their thousands around transit centers such as those near Niamey in Niger or Gao in Mali, where they wait to be registered by the International Organization for Migration and receive medical care.

Though international criticism looks to have somewhat tempered Algiers’ enthusiasm for mass expulsions, the policy appears to be continuing. In June 2018, an investigation by the Associated Press revealed that over the previous 14 months around 13,000 migrants, including pregnant women and children, had been forced to walk, sometimes at gunpoint, through temperatures of anywhere up to 48 degrees Celsius (118 degrees Fahrenheit) to the border with Niger. Many reported seeing others fall by the wayside during the punishing 15-kilometer (9-mile) trek through the desert.

According to ReliefWeb, anywhere between 25,000 and 100,000 undocumented migrants, mainly from sub-Saharan Africa, are thought to be residing in Algeria, relying on unskilled work to support themselves and putting additional pressure on jobs and housing. In July 2018, Cabinet Director Ahmed Ouyahia went so far as to say in a statement to Algerian TV channel Ennahar, “Those strangers residing illegally [in Algeria] are a source of crime, drugs and several other ills.”

For now, however, questions over the whereabouts of the missing group are left unanswered. The UNHCR claims that, in the absence of new information, they are continuing to engage with the authorities on any information relating to the group, and to matters related to asylum and protection. In the absence of further information, the ultimate fate of the group may remain forever unknown.