The first and only swimming pool in the Bedouin town of Rahat is struggling to balance Israeli equality laws with the community's preference for gender-separated swimming. 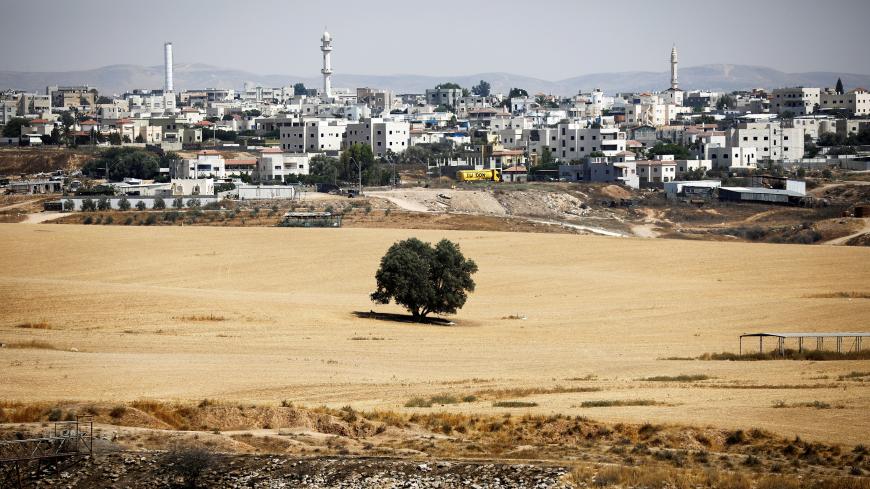 Liberal Western democracies tend to have a hard time with the customs and rules of conservative communities. This is true in France, particularly when it comes to issues like veils and burkinis, and of the United States with abortion. It is certainly true of Israel, where there are several religious and ultra-Orthodox Jewish communities. Israel’s Arab community has many conservative features of its own.

It has been just a month and a half since the first swimming pool for the Bedouin community — a third of the country’s entire Arab population — opened Aug. 28 in the town of Rahat. Rahat is the biggest Bedouin town in Israel, with a 2016 population of 65,000 in the city proper and tens of thousands more in the surrounding Bedouin communities. Though the Bedouin are Muslim, for the most part they live separately from the rest of Israel’s Arab sector. They are a very conservative community, particularly when it comes to women’s rights. Polygamy is common despite being illegal under Israeli law.

Pools in nearby Jewish localities either kept separate hours for Jews and Bedouin or, in some instances, barred Bedouin swimmers altogether, citing complaints about rude behavior by young Bedouin men toward women and girls.

Rahat resident Fares al-Hozeil supports separate hours for Jews and Bedouin at local pools. He told Al-Monitor that men and women swimming together is against their tradition as well as religion.

Rahat’s municipal leadership decided on separate days for men and women to swim. The pool is open to women on Sundays, Tuesdays and Fridays, and reserved for men on the remaining days of the week. Rahat resident Maryam al-Karinawi told Al-Monitor that gender separation is the right thing for Bedouin society and that it actually protects women. She explained that while she has no problem being at the pool with her husband, she does not want other men looking at her. “Wearing skimpy clothing is unacceptable [to us]. If you ask me, [separate swimming] is how it should be.”

Just a few months earlier, when the municipal council of Kiryat Arba, a Jewish settlement adjacent to the Arab city of Hebron in the West Bank, decided that its pool would hold separate hours for men and women, secular residents opposed to the decision appealed to the Supreme Court. As previous Supreme Court rulings had rejected gender segregation in public spaces, except in synagogues, the pool was shut down entirely.

When the pool in Rahat opened, attorney and far-right activist Itamar Ben Gvir appealed to Deputy Attorney General Dina Zilber, claiming that the state must oppose separate swimming for men and women there, just as it did in Kiryat Arba. Zilber accepted his argument and wrote to Rahat’s legal counsel, “As a rule, the segregation of men and women in public spaces is a problematic practice that impinges on the principle of equality. This is especially true since this is the first and only public pool in Rahat.” She stated that if no time is set aside for mixed swimming in Rahat’s pool, it would be in violation of the law.

Still, the pool in Rahat continues to observe separate swimming hours, and the city’s legal counsel claims that the pool’s policy of gender segregation is rooted in the values of Bedouin society and is intended to preserve the dignity of women.

Rahat community activist Isman Abu Shawish agrees with the legal counsel. She told Al-Monitor that the Bedouin should not be forced to follow the rules of another society, particularly when they are considered harmful to women. “The scheduling of times for mixed swimming violates our rules on modesty for women but also women’s freedom of choice, because they would prefer not to go to the pool at all if there is mixed swimming. In that case, who are the rules protecting?” she asked.

According to her, pool segregation empowers Bedouin women, allowing them to form a sense of community by providing them with a safe space. H., who lives in a village near Rahat, supports Abu Shawish, telling Al-Monitor, “They have a lot of nerve not asking us as Bedouin women what we think about it. Government officials who know nothing about Bedouin society are actually harming us.”

She agrees that Bedouin society’s rules of gender segregation and modesty are about safety. “While it is true that they can limit our movement and make it difficult to go to work or school, when it comes to the pool, these rules definitely protect women.”

In this particular case, an informal solution seems likely. A source in the Rahat municipality told Al-Monitor that if Zilber insists, the city will open the pool for mixed swimming one day a week. But no women will actually show up on that day, and if by chance they do, they will be told that they cannot enter.

There is a violent angle to this conflict between liberals and conservatives. In Umm al-Fahm, one of Israel’s largest Arab cities, Muslim religious leaders are demanding that events open to both men and women be halted. During a campaign against one cultural event that was open to men and women, assailants even threw firebombs at the community center where the Sept. 15 event took place.

Many people spoke out against this reaction by conservative Muslims. Joint List Knesset member Yousef Jabareen, who was present at the event, said later, “The impressive number of residents who participated in the event was the right response to efforts by certain groups in the city to have it canceled. There can be no doubt that the throwing of firebombs was very serious, and the perpetrators should be brought to justice. Arab society is diverse, and forcing values and opinions on others has no place in it.”

The issue is complicated, and the conflict between laws based on liberal ideas of egalitarianism and conservative religious values demands creative solutions from the legal system. Anything less seems doomed to failure.