Amid signs of a decline in public support for Iran’s Reform movement, 100 activists have urged Reformist icon Mohammad Khatami to save the camp by initiating internal reforms. 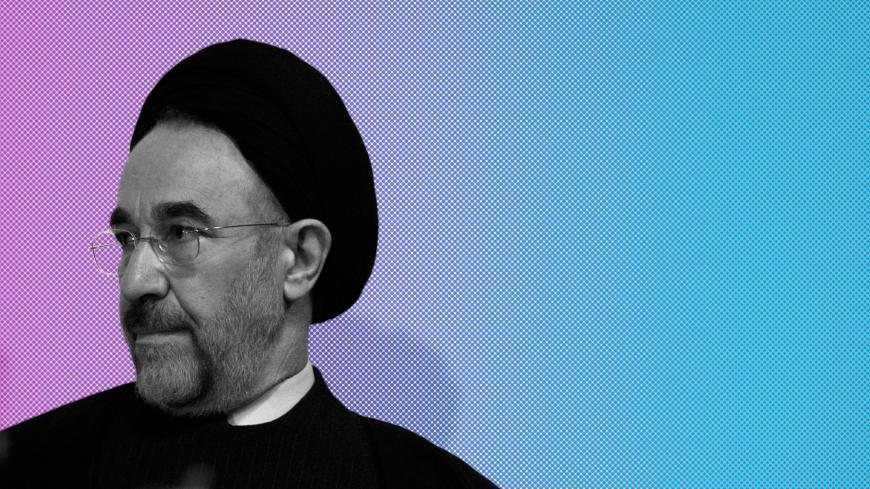 Former Iranian President Mohammad Khatami waits to make a keynote speech to an audience at a university in Melbourne, Australia, March 26, 2009. - REUTERS/Mick Tsikas

An open letter addressed to two-time president (1997-2005) and Reformist icon Mohammad Khatami, urging him to salvage the political movement that he pioneered in 1997, has been signed by 100 Iranian activists.

Meant as a wake-up call for the popular leader of the broadest post-revolutionary movement for social freedoms in Iran, the letter urges Khatami to initiate what has been described as “reforms within the Reform movement” in order to get a derailed train back on track.

The activists label some members of the movement “conservative reformists,” accusing them of “maintaining the status quo instead of pushing for genuine reforms.” The list of the signees includes many who languished in jails after being handed down multiple sentences in the aftermath of the disputed 2009 presidential elections, which saw Mahmoud Ahmadinejad handed a second term. What is more significant about the same list is that none were veteran politicians or holders of top posts during Khatami’s tenure. Yet when it comes to activism and political campaigning, they have a mostly well-known history.

The letter comes at a critical time for the Reform movement after it faced mounting public pressure during nationwide protests in late December and early January; the unprecedented geographic extent of the demonstrations caused consternation among many observers. Leading Reformist figures were harshly criticized by protesters for siding with the establishment and following the official line, which — although expressing sympathy with economic grievances — branded some of them as troublemakers and rioters.

“The intensity of pressure from all sides on the one hand and the internal inefficacies within the Reformist movement on the other have created the impression among a section of the public that the movement is no longer capable of offering change in people’s social lives, making them think of other solutions. Those solutions, we believe, could cost both the nation and the country dearly,” the letter warns.

The activists also complain that 21 years on, the Reform movement has yet to come up with a functioning political structure. As evidence for the camp’s institutional weakness, they refer to internal strife over the list of candidates in the country’s city and village council elections in May 2017.

With his video messages urging people to vote for pro-Reform candidates in both the 2016 parliamentary polls and the 2017 presidential, city and village council elections, Khatami is widely believed to have played the role of kingmaker. In the Tehran constituency during the 2016 parliamentary elections, the list he endorsed enjoyed a landslide victory, winning all 30 seats. However, these activists are now raising the alarm that without reforms within the Reform movement, even Khatami’s “name and fame” might no longer work in mobilizing public participation in the political process.

Among the deficiencies the letter points out is the rise of “less committed individuals, bureaucrats and a conservative faction” that has gained the upper hand in internal rivalries. While admiring efforts by some within the parliament’s Reformist Hope faction, the signees judge the overall performance of the movement as a failure. As a solution to revive the movement, they propose the formation of an interim supreme policymaking body consisting of veteran Reformists.

What is beyond obvious in the letter is a concern about the potential for a plummeting in the popularity of the movement. “Conservatives! Reformists! Enough is enough!” was one frequently heard slogan during the protests last winter. Biting to the Reformists, the slogan has placed them in an embarrassing position where they are equaled to hard-liners whose inefficiencies have long been used as a platform for the Khatami circle to gain popular backing and push their agenda.