The poor Egyptian village of Nagrig is internationally known for producing the famous soccer player Mo Salah, but its residents feel the benefits to the town haven't lived up to the hype. 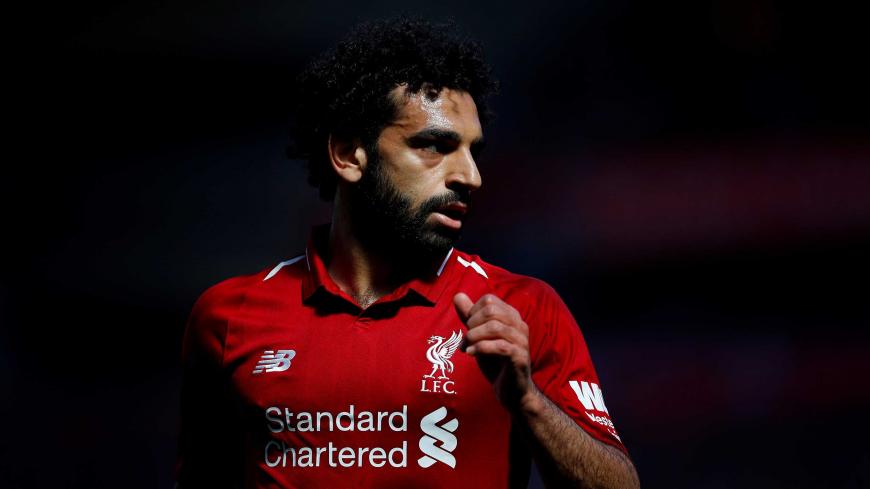 NAGRIG, Egypt — It takes two and a half hours on a rutted dirt track from Cairo to reach Nagrig, a village in the heart of Basyoun in Gharbia Governorate. There is no sign at the entrance of the small town, so a non-local might just pass through it. In the last few months, however, the residents of the nearby villages have grown accustomed to seeing people, some foreigners sporting cameras, asking for directions to Nagrig. Whenever someone stops to get directions, locals now ask: “Are you heading to the village of Mohammad Salah?”

Egyptian soccer player Mo Salah, England’s Liverpool star and best player in the Champions League, brought fame to his hometown of Nagrig. Today, it has become known by many in Egypt and around the world. But the village's reality is a far cry from how it has been portrayed in the media.

“Is this Mo Salah’s hometown?” a puzzled-looking foreign journalist asked a police officer. “Yes, madam, it is,” came the reply. No posters or photo of the young soccer player adorn the walls or the shop windows at the entrance of the village.

The buildings are dilapidated, and evidence of poverty is everywhere. The passion for the “son of Nagrig” propagated in the media is not apparent in the village. Foreign and local media outlets say that the “Egyptian King,” as he's nicknamed by Liverpool fans, has helped bring a facelift to his hometown. In reality, say residents, everything is much the same.

It is no exaggeration to say that Salah is immensely popular in Egypt and has become a source of national pride. In his hometown, however, people have mixed feelings. They take pride in him, but there is anger that more is not being done for the village.

“What? Did you think that Nagrig has become a part of Europe all of a sudden?” Mahmoud Bahnasi, who holds a bachelor’s degree in commerce but has no job, asked Al-Monitor.

On the northern side of the village, workers are building a huge religious school at a cost of 8 million Egyptian pounds ($446,630). Hassan Bakr, deputy director of Mohammed Salah Charity, told Al-Monitor that the village’s residents bought the land a year and half ago to build the institute and Salah assumed the costs of building. A week ago, the town’s mayor inaugurated a small stadium funded by Salah.

Besides the school, which Bakr noted will relieve pressure on the only school in the village, Salah donates 50,000 pounds ($2,790) a month to be distributed through his charity to the town’s widows and poor families. Each family or widow receives between 150 and 300 Egyptian pounds ($8 to $17), barely enough to cover some groceries.

Salah’s charity projects seem to have done little to change the dire situation in Nagrig. “We suffer from several problems. Roads are not paved. There is one elementary and preparatory school, with about 3,000 students. We have no sewage [treatment facilities],” Mayor Maher Shatteh told Al-Monitor.

According to Shatteh, 65% of the village's population of more than 15,000 people live in poverty. The majority of the residents work in agriculture, particularly in the cultivation of onions.

“Ninety percent of what has been circulated in the media, that he's constantly donating money to charities and to his hometown, is not true. [Salah] did not pay for the trousseaux of 25 brides or donate 5 million pounds for the weddings of 70 young men from this hometown, as was published in newspapers. We do not slaughter sheep every time he scores a goal, and he does not fund a sewage treatment plant,” he said.

Shatteh added that Salah is not obliged to undertake all the needed development projects. "Ultimately, he is just a player and receives a salary. He is not a government official,” he said.

A young man in Nagrig who asked not to be named told Al-Monitor that many of his friends do not talk to the media as they blame the press for creating the false image that Salah is helping rehabilitate their village. He said that all this talk of Salah harmed rather than helped the town, as the state has taken up no initiatives for the development in Nagrig, assuming that Salah will undertake such projects.

“Nagrig’s residents expected more from Salah. If he is not the solution to the underdevelopment problem in the village, he can play a major role in it. He could have at least pulled some strings as he has many connections that could come in handy for the residents,” the source told Al-Monitor.

The village also lacks health services. “The only health unit in Nagrig is very small and does not have the basic services. People have to travel all the way to the city Basyoun for medical treatment,” Shatteh added.

A source close to Salah in Nagrig told Al-Monitor that the Liverpool star had planned to build a small hospital in the village but decided to dedicate those funds for the school.

Salah’s indirect impact on Nagrig has proved to be greater than his direct philanthropy. Bahnasi said that, inspired by his success, fathers are now allowing their sons to practice sports and even enrolling them in sports academies to get professional training, following the example of Salah’s father.

“Poor parents used to believe that the only way to get ahead in life for their children was through education only. They used to punish their children who showed interest in sports. Now, this mindset has totally changed. I spent my life between books and I have a bachelor's degree in commerce but no job. Look at Salah, he is a big success thanks to his talent and not education,” Bahnasi concluded.