Iraq's Kirkuk governorate will hold elections this year — something that hasn't happened in more than a decade — and officials hope the voting will end the dispute over running the province. 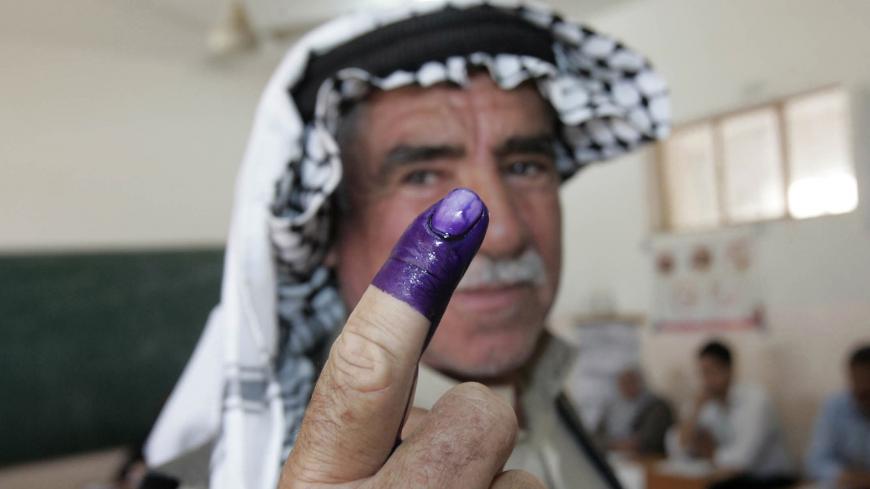 An internally displaced Iraqi man shows his ink-stained finger to the media after voting at a polling center during the country's provincial elections, Kirkuk, Iraq, April 20, 2013. - REUTERS/Ako Rasheed

BAGHDAD — For the first time since 2005, Kirkuk governorate in Iraq will hold elections Dec. 22 to select its local governing council. Parliament included the multiethnic province of the Kurds, Arabs and Turkmens in the provincial election law approved March 3.

The decision follows an agreement among the three groups' representatives in parliament and was greatly welcomed by all segments, especially the Kurds, who for years have demanded that elections be held in Kirkuk. Khalid al-Mafraji, an Arab parliament member from Kirkuk, told Al-Monitor that negotiations took more than a year.

The agreement binds the Independent High Electoral Commission to review voters' records in coordination with the ministries of Interior, Commerce, Planning and Health. If they aren't able to review the records before the elections, the commission will be obliged to undertake an audit within six months after the elected council begins its work.

“The most important articles of the agreement relate to sharing power,” Mafraji said. The largest bloc in the election will appoint the governor, and the two deputy positions will go to the other two groups. Moreover, federal positions will be determined by the governorate's residents, according to party size. The agreement also states that the constitution and the law take precedence over the governorate's council, parliament and the federal government.

The electoral law will remain in effect for four years. Shakhawan Abdullah, who represents Kirkuk in the Kurdistan Democratic Party in parliament, told Al-Monitor, “The agreement between the three components of Kirkuk’s governorate will be effective for only one electoral round, and the elections will not be held in the same way in four years' time."

Abdullah believes the provincial election law presents a good opportunity to resolve conflicts in the governorate and give it more administrative powers, like other governorates. The governorate has gone without elections all these years for various reasons. Oil-rich Kirkuk is a disputed area claimed by both the central government in Baghdad and the Kurdish Regional Government (KRG) in Erbil. Its situation is also unique because of its ethnic diversity and disagreements among them.

The constitution stipulates the conflicts in the governorate must be normalized in three stages. The first stage is to allow the return of displaced Kurds and Arabs who emigrated during the regime of deposed Iraqi President Saddam Hussein.

All of those procedures were to be carried out before 2007, which wasn't done. This caused political conflict, partly because of the disagreement between Baghdad and the KRG over having elected authorities with the right to control the governorate's future.

The Kurdistan independence referendum in September, which included Kirkuk, ended in crisis, and the central government subsequently took over the governorate and cut the Kurds' authority. The coming elections will give Baghdad and the KRG a chance to solve the current dispute over Kirkuk's administration.

However, the most important problem that may affect holding elections in Kirkuk is the agreement on a unified record of voters, which may raise doubts about the election results. Iraq hasn't conducted a census in decades. Ali Khalil, the Arab bloc member of the governorate council, told Al-Monitor that Arabs weren't in favor of the agreement's clause that allows an audit to be delayed until after the elections if records can't be reviewed before then.

"How would we elect a new governorate council while doubting voters' records at the same time?" Khalil asked.

The Kirkuk local elections will provide a chance to reduce tension in the governorate, a good way to determine the real size of each of the three ethnic groups and a way to form a more legitimate administration — but it could lead to negative results. If one segment is counted and found to have significantly fewer representatives than before, that segment might refuse to accept the election results. 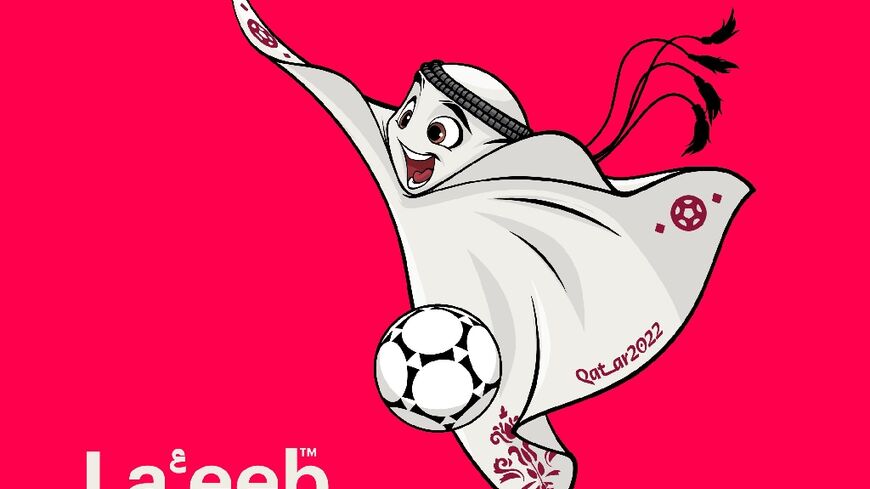