The fate of Palestinian reconciliation hangs in the balance after the explosion that hit the convoy of Prime Minister Rami Hamdallah as he made a rare visit to the Gaza Strip March 13. 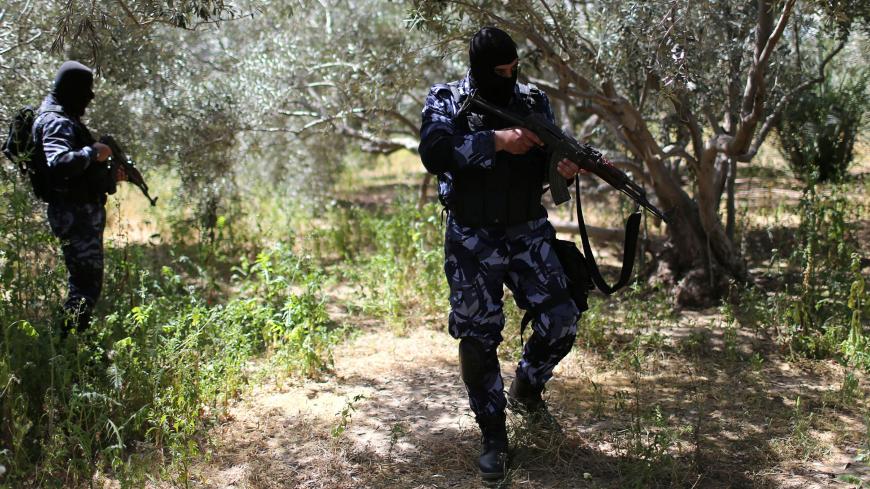 An explosion hit the convoy of Palestinian Prime Minister Rami Hamdallah and the head of the General Intelligence Service, Maj. Gen. Majid Faraj, shortly after the vehicles entered the Gaza Strip through the Beit Hanoun crossing, also known as the Erez crossing, with Israel on March 13.

Mohammed Mansour, the undersecretary of the Ramallah-based Ministry of Interior, said in a statement March 14 to Palestinian national radio that the roadside bomb attack was the result of improvised explosive devices planted by professionals. Seven security guards suffered minor injuries, but Hamdallah was unharmed.

Shortly after the blast, during the inauguration of a sewage plant project in northern Gaza, Hamdallah said that three vehicles of his convoy were blown up. He left two hours after entering the coastal enclave.

The explosion stirred an array of reactions among Palestinians. Youssef al-Mahmoud, a spokesman for the Palestinian unity government, said that Hamas leaders had refused to receive Hamdallah in Gaza, which he argued was strong evidence of their involvement in what he called an assassination attempt.

Meanwhile, Hamas spokesman Hazem Qassem condemned the explosion, stressing that it was a bid to undermine efforts to achieve unity and reconciliation.

The Popular Front for the Liberation of Palestine urged the different Palestinian factions not to allow this incident to affect the reconciliation process. For its part, Islamic Jihad described the blast as an attempt to tamper with the future of national unity.

Iyad al-Bazm, spokesman for the Ministry of Interior and National Security in Gaza, told Al-Monitor, “The ministry has been conducting round-the-clock investigations into the incident. Once the investigations are finalized, the results will be immediately disclosed. We continue to work with Mansour’s office in Ramallah and the office of Hamdallah. We have been sending them the investigation reports as the ministry has been interrogating several suspects.”

Maj. Gen. Tawfiq Abu Naim, head of the Hamas security forces in the Gaza Strip, announced in a press statement March 15 that he has a strong lead in the explosion case and that the security forces have carried out several arrests and raids in recent days, without mentioning any specifics.

Meanwhile, the Interior Ministry in Gaza announced in a March 22 statement that Palestinian security forces stormed a house in Nuseirat refugee camp in central Gaza, where Anas Abu Khoussa, the main suspect in the explosion, was hiding. He was killed in the shootout along with an accomplice and two Hamas security officers.

The unity government in Ramallah, however, issued a statement on the same day, rejecting Hamas’ story on the death of the main suspect, accusing the movement of making up false and misleading scenarios. The Ramallah-based government reiterated that Hamas is to be held fully responsible for Hamdallah's assassination attempt.

The blast was an unpleasant surprise for the Palestinians, especially Hamas. Hamas still holds control of Gaza on the ground and at the security level, despite handing over the ministries to the unity government headed by Hamdallah, as per the reconciliation deal in October 2016.

This is mainly the bone of contention with Fatah and one of the obstacles to achieving full reconciliation.

The blast has raised questions about Hamas' loose grip on security in the coastal enclave as it should have provided adequate security and protection to the convoy.

Other assassination attempts in the Gaza Strip, such as the one that targeted Abu Naim in October 2017, and the assassination of Mazen Fuqaha, a top Hamas militant, in March 2017, cast doubt on the movement’s security grip.

A Palestinian official close to President Mahmoud Abbas told Al-Monitor on condition of anonymity, “The explosion could not have been carried out without a green light from Hamas, whether by people from within or outside the movement. In any case, Hamas is to be held accountable because of the lack of security stability in Gaza. The Palestinian leadership ought to take new measures against Gaza in the coming days. The reconciliation hangs in the balance unless the [Ramallah-based] government completely takes over the security situation in the Gaza Strip.”

Shortly after the blast, Faraj blamed “the parties in charge of Gaza,” a jab at Hamas. Also, among the string of accusations against Hamas, Palestinian judge Mahmoud al-Habbash promised March 16 to take severe measures against Hamas.

Rohi Fattouh, a member of the Fatah Central Committee, called March 15 for the formation of an Arab and international commission to investigate the recent bomb attack.

Hamas spokesman Fawzi Barhoum told Al-Monitor, “Those who planned the bombing wanted to exacerbate the suffering of Gaza, seeking to have more sanctions imposed on it so that the West Bank is further separated from the Palestinian homeland. Gaza, however, will not fall prey to the rivalry among the Palestinian Authority [PA] officials, vying to build false glories and to satisfy the Israeli occupation.”

On March 17, the interior minister in Gaza closed down Jawwal Cellular Communications for not cooperating in the investigations into the blast. The company reopened on March 20.

The London-based pan-Arab daily Al-Hayat reported March 17 that the West Bank security services handed over to Abbas the names of Hamas elements who carried out the bombing. Maj. Gen. Adnan al-Damiri, spokesman for the security apparatus in Ramallah, said in a Facebook post on the day of the explosion that Hamas is the main suspect.

Al-Monitor learned from security officials in Gaza who refused to be named that the “perpetrators had planted two locally made, remotely detonated bombs weighing 15 kilograms [33 pounds] each. The first one exploded while the second — planted 40 meters [131 feet] away from the first — did not go off due to a technical failure.”

Palestinians are aware of Hamas' bombing strategies and military capabilities, raising doubts of Hamas' involvement in the blast at the operational level in this attack.

On a different note, Hamas knows that the bombing could give the PA the green light to further impose sanctions on the Gaza Strip. This would tighten the noose around the movement’s neck that has been suffering in recent months from increasing humanitarian hardships in Gaza.

“There are different scenarios for the recent blast. This could be the work of Israel to undermine the strained relations between Hamas and Fatah and deepen the division. It could also be some undisciplined Hamas members who are angry at Hamdallah’s policies toward Gaza, or even the PA itself so that it can evade reconciliation. Regardless, the blast was aimed at thwarting reconciliation, further isolating Gaza by portraying it as a terrorist entity and further shaking relations between Fatah and Hamas,” Hussam al-Dajani, a political science professor at Al-Ummah University in Gaza, told Al-Monitor.