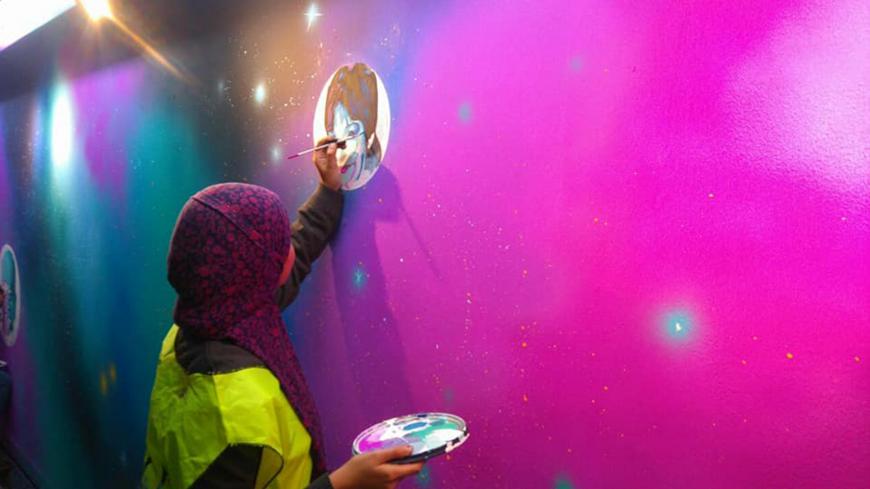 An Egyptian woman paints a mural in a subway station in Cairo, Egypt, in this image posted to Facebook on Feb. 27, 2018. - Moubdioun 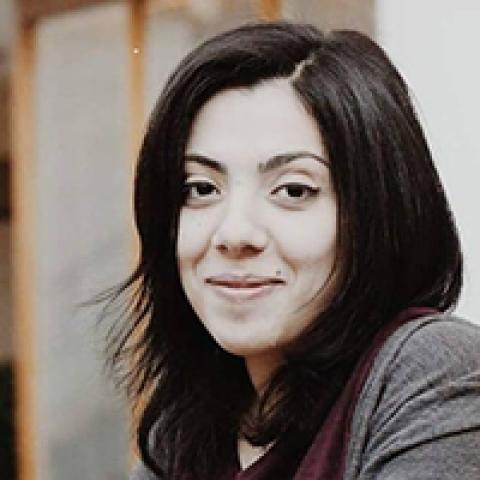 A group of Egyptian young men and women are bringing color to Cairo’s metro stations through murals. The project, “Let’s Color It,” has made a splash with commuters by metro, the most popular and least expensive means of transportation in Egypt used by millions of citizens every day.

A youth association called Moubdioun (Arabic for "Innovators") first conceived of the idea in 2015 and then completed its first project in 2016 on the walls of Hikma Square in Heliopolis, Cairo. In January, Moubdioun contacted the Cairo Metro administration asking for permission to paint the city's metro stations. Cairo Metro agreed and provided paint and brushes and assigned a support team to assist.

The Opera metro station is one of 64 such stops in Cairo. Its third line is being completed and fourth, fifth and sixth lines will soon be built to cover most of Greater Cairo at a cost of 200 billion Egyptian pounds ($11.3 billion). The nearby Cairo Opera House, which hosts plays, musical performances and exhibitions, is one of Egypt's most important cultural venues and the area is known as Cairo’s national cultural center.

Moubdioun founder Zainab Mohammad told Al-Monitor, “We wanted to go with nontraditional designs reflecting the cultural identity of the opera house, so we chose planets as symbols of art, culture and literature.” She added that another benefit of the project was a chance for a new generation of creative artists to showcase their work.

Yara Ali al-Din, 18, is a first-year student at the Faculty of Fine Arts at Helwan University. Moubdioun first contacted her in 2016 after seeing her impressive artwork on Facebook. She participated in the association’s first work in Heliopolis as well as this year’s initiative.

Ali al-Din told Al-Monitor that the galaxy theme was chosen because it is universal, saying, “We want art to reach the largest number of people and metro stations are the best place for us to achieve our goal.” She said, “We drew the portraits of artists, singers and writers who represent great intellectual and artistic pillars in Egypt since they are associated with this location in particular.”

Mohammad wants to take art out of exhibitions and onto the streets and public places. “We want to revive so-called street art through thoughtful designs by young artists and turn the streets into showrooms,” she said, adding, “We wanted to replace old walls with beautiful murals. Our goal is simply to spread art and culture, apart from all political considerations.”

Work in the station took three weeks, during which the participants worked from 9 a.m. to 7 p.m. every day, encouraged by passersby and social media users.

On Feb. 26, Cairo Metro honored the members of the initiative with certificates and announced its intention to support similar projects in the other 63 stations.

Meanwhile, Cairo Metro spokesman Ahmed Abdel Hadi told Al-Monitor that Moubdioun is not the only group interested in such projects, adding, “We have received other youth initiatives from the Higher Institute of Applied Arts in the Fifth District of Cairo and from both faculties of applied arts and fine arts at Helwan University to paint murals in other stations.” He said Cairo Metro will evaluate the stations and decide where youth groups can work and will provide all the necessary support and materials. He expressed hope that by the end of 2018, all 64 stations in Greater Cairo will have murals.

Saleh al-Anbari, 28, a graduate of the Faculty of Art Education at Al-Azhar University in Cairo and artistic director of the Opera station project, told Al-Monitor, “The initiative aims to fight hideousness with beauty.”

He added, “We want to spread the culture of beauty in our community. I was personally annoyed by the graffiti on the streets or in metro stations. This visual pollution motivated us to make a change with beautiful artistic designs consistent with the culture and principles of Egyptian society.”

Anbari, who helped create the designs for the murals, said Cairo Metro officials approved the designs before volunteers started painting. He said, “The new designs will have to be in line with the cultural significance of each station.” 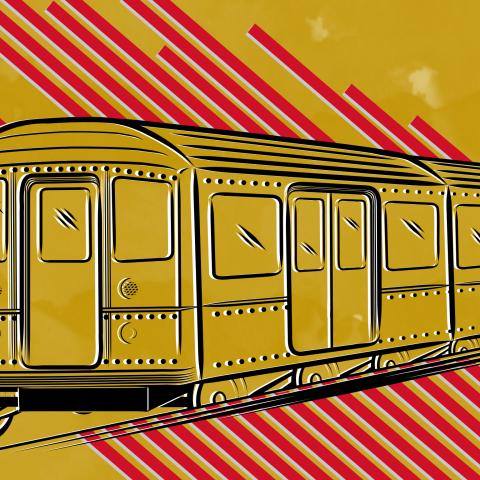 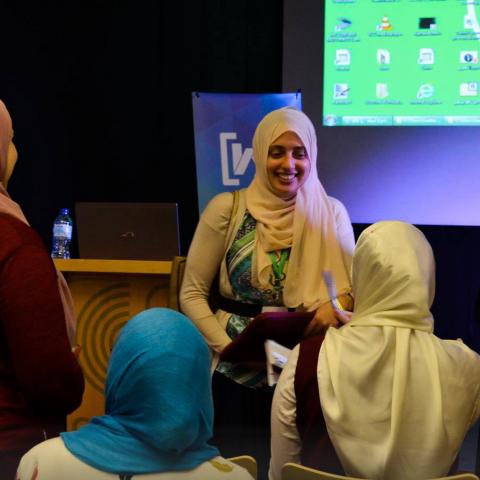